If you want to extend the life of your fresh green beans, you can blanch them to extend their shelf life. Other options include freezing, fermenting, and canning. These techniques also increase the freshness of the green beans, but you should always refer to a manufacturer’s instructions first. 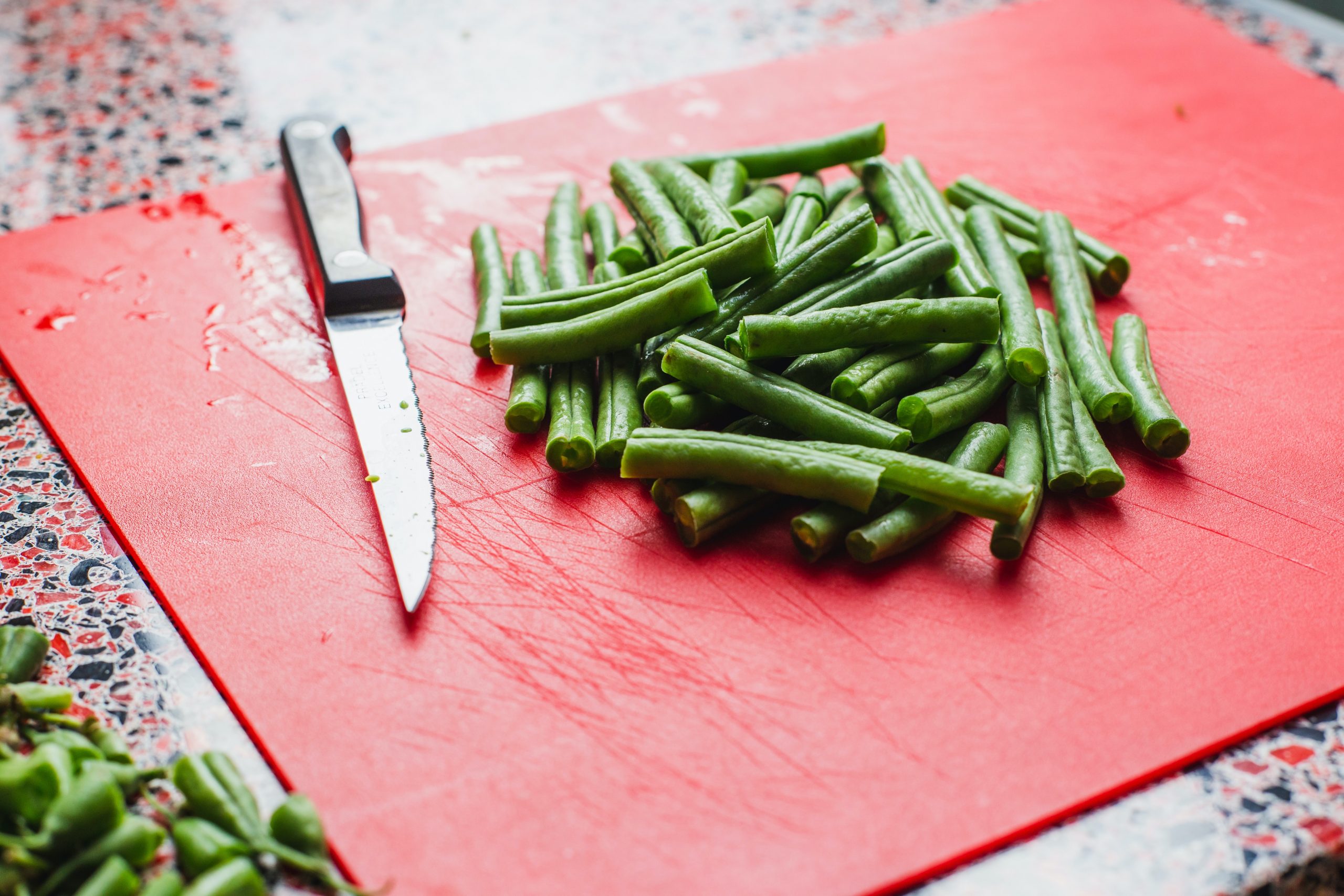 There are various ways to enjoy the goodness of green beans, which come in various varieties, such as wax beans, string beans, and pole beans. Fresh beans are delicious as a garden-fresh snack in stir-fries, stews, and casseroles.

What are Green Beans?

There are a lot of different kinds of green beans. The pods can be very thin or flat and wide, and the beans can be green, purple, red, or black with black streaks (either a short bush or long, twisting vines).

“Green bean” refers to all long, tender green beans. They can also be called string beans, snap beans, bush beans, or haricots verts. Yellow “green” beans and purple “green” beans are both called wax beans, and when they are in season in the summer, they are also very popular.

The Season for Green Beans

Although they are normally available fresh throughout the year, green beans are at their best during the warmer months. Bushels of beans will make their way into straightforward salads, aromatic stir fry, and pickling jars between early summer and early fall.

Reference: Nutritional Composition and Antioxidant Properties of Fruits and Vegetables

Green beans are eaten worldwide because they are healthy and good for you. These beans are an important part of our traditional and ” grab-and-go ” diets. Green beans have a lot of protein, vitamins, fibre, folate, and minerals. So green beans are a good choice for people who want to eat healthily. Green beans have a lot of phytonutrients like carotenoids, phenols, and flavonoids, in addition to the chlorophyll they contain. Not only do they have no cholesterol, but they also have very little sodium and fat.

How to Store Fresh Green Beans?

Green beans should be kept in the crisper drawer of your refrigerator unwashed. When keeping them, keep them in the bag if one was provided. If they were purchased from the market in a tiny berry box, place them in a plastic bag or reusable container before placing them in the refrigerator.

The beans should last up to a week if properly stored. The beans have gone bad if they turn extremely brown or feel slimy.

Before choosing where to store green beans, whether growing bush beans or purchasing them, it is crucial to choose ripe and healthy vegetables. It’s also crucial to properly prepare your favourite vegetables before keeping them, whether it’s tomatoes, green beans, or cabbage. Green bean pods that have been spoiled or damaged won’t keep well, no matter what storage method you use.

When selecting beans, aim for entire beans that are bright green and easily snap when bent. For uniform cooking, choose beans around the same size and shape. Beans with visible seeds, flaws, or stiffness should be avoided.

Fresh green beans can be preserved in two ways: whole or sliced. Consider keeping them whole if you intend to use them in bean dishes. The beans should be cut into one- to two-inch chunks and their knobby ends removed before adding them to stews and soups.

How long do green beans last in the refrigerator? While there are several methods to preserve green beans, the refrigerator is the best option if you intend to use them within a week. Beans are kept fresh in the crisper drawer until you’re ready to prepare them.

Green beans shouldn’t be washed before being placed in the refrigerator since the moisture will cause them to mould. With paper towels and your hands, dry clean the items.

Unwashed green beans can be kept in the refrigerator crisper for up to a week by laying them flat in a resealable plastic bag. Before using the beans to make a meal, wash them.

Can you keep green beans and onions in the refrigerator together? Yes, but it’s not the best location unless your onions are already sliced. For this unique vegetable, freezing or using a root cellar is recommended.

It’s critical to utilize veggies quickly after putting them in the refrigerator to prevent spoilage. We occasionally overlook them while they are concealed in the crisper drawer. Never eat a spoiled cucumber or green beans that are slimy or discoloured. Discard them.

Green beans can be frozen for eight to ten months, which is the greatest technique to keep them fresh for longer than refrigeration. Here’s how to freeze green beans that are still crisp by blanching them first.

On the stovetop, put a pot of hot water and bring it to a boil. Depending on their size, add the beans to the boiling water and blanch them for two to four minutes. The beans should be removed, placed in a bowl of ice water, and allowed to cool for the same period.

Green peppers and various other food can be stored most effectively by freezing. Opening the freezer will offer you the necessary vegetables, making it quick and simple.

Store Green Beans with a Dehydrator

Green beans store well in the refrigerator and freezer, but a food dehydrator is useful for drying your vegetables for convenient storage. If stored properly, dried green beans last for years and are simple to use in soups and stews.

Cut off the ends after washing the beans in cold water. Before adding the beans, fill a saucepan with water and bring it to a boil. After five minutes of blanching, immediately plunge the vegetables into a dish of ice water to halt the cooking.

On the food dehydrator trays, arrange the green beans in a single layer. Dry them at 125°F until they are crisp, as directed by your dehydrator.

To hasten the process, check on the beans every couple of hours and stir them. Store the dried green beans in an airtight jar for two to three years.

Green beans can be canned by simply following some basic steps. First, you need to wash and break the beans into small pieces. Next, you need to place the beans into jars. Fill them halfway with hot water, leaving about an inch of head space at the top. The jars should be sterilized in a dishwasher or by using hot water in the pot to fill them. Then, place the lids on the jars, but do not twist them.

You can choose to can green beans in the hot or cold-packing method. The first one is faster because the beans are packed with raw water. The second method is slower, but you can get a better quality and longer shelf life by partially cooking the beans first.

Fermenting Green Beans to Store them

Prepare a mason jar with 550 ml water. Dissolve 32 grams of sea salt in the water. Add the green beans to the jar and add enough brine to cover them completely. Put a small plate over the jar to catch any overflow. Leave the jar at room temperature for twenty-four to forty-eight hours or until the green beans are soft, have bubbles, and have a sour flavour.

Green Beans: How to Prepare and Cook them?

Green beans can be consumed raw, pods and all, but they are typically served cooked and prepared in various ways, including steaming, blanching, baking, sautéing, and even pickling.

Before using them in a recipe, thoroughly rinse them, just like you would with other vegetables. Trim the stem end, which is too rough to consume and appears brown (the end where the bean is attached to the plant). You have the option to trim the other end, but it is perfectly tasty as is. Due to selection and breeding, the fibrous string that once ran down the seam of these beans has almost completely disappeared.

After trimming the beans, inspect them for discoloured or damaged pod pieces (which you can slice off). If you see that some of the beans inside the pods have turned brown, throw that pod away or compost it. You may add them to a salad or stir fry whole, chopped into segments, or thinly sliced on the bias for a fancier, bite-sized addition.

How do you Keep Green Beans Crisp?

“Keep fresh bean pods that haven’t been washed in a plastic bag in the crisper of your fridge. “This way of storing whole beans should keep them fresh for about a week,” she says. Wash them under running water if you want to use them in a meal soon.

How Long can Fresh Green Beans that haven’t be Cooked Sit Out?

The shelf life of fresh green beans can be increased by blanching them before cooking them. There are two methods of blanching vegetables: boiling or cold water. The former requires placing the vegetables in a pot of boiling water and letting them simmer for three minutes. The latter method uses a container filled with ice and running it over the vegetables until they are cool. The ice water method is also beneficial as it destroys microorganisms on the surface of the food while preserving colour and nutrients. However, it is important to remember that over or under-blanching can produce disappointing results.