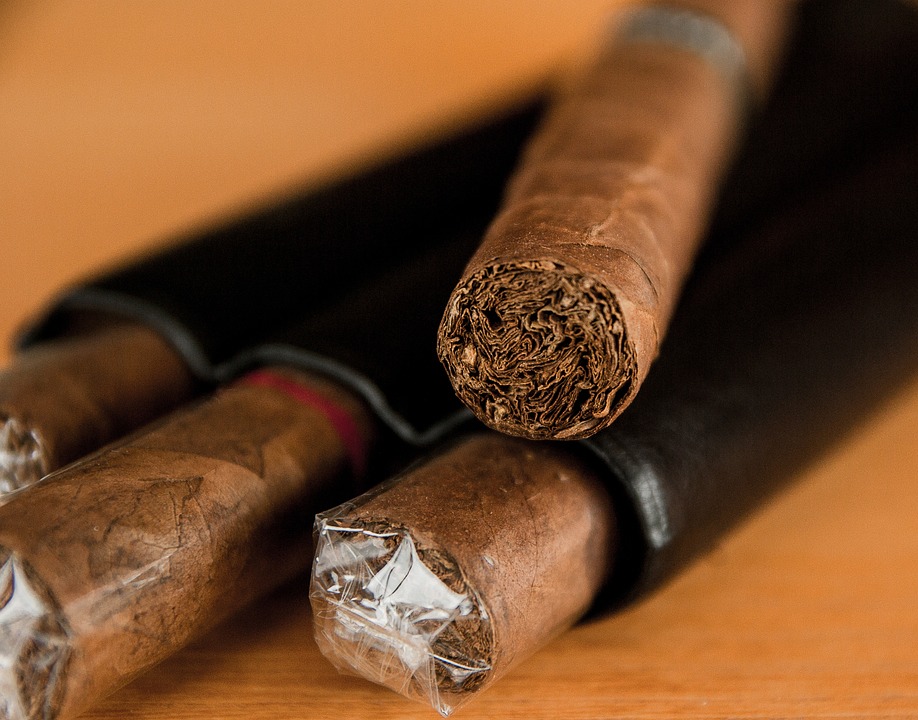 You recently received a box of cigars for your birthday, Christmas, or another special event. You may also have received cigars from a friend as a thank-you gift. It would be best if you were careful about how you store them. Cigars that are improperly stored risk becoming bad. The most typical way to preserve the freshness of your cigars is to keep them in a humidor. A humidor will keep your cigars in perfect condition for a considerable amount of time with very little routine maintenance. It’s crucial to keep your cigars humidified, particularly if you reside in a cold-weather or desert region where prolonged exposure to dry air can quickly dry out your smokes.

Fortunately, several good humidor substitutes are both affordable and effective. Understanding the function of a humidor and how ideal cigar storage conditions can be achieved without one is crucial before considering options for cigar storage. 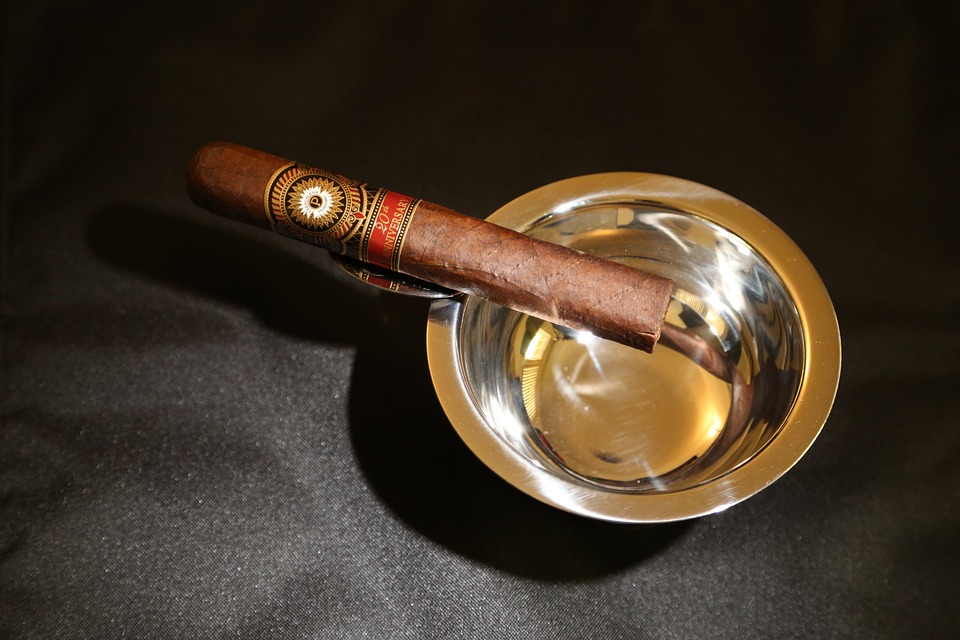 How to Store Cigar without Humidor?

A plastic Ziploc-style bag is a simplest and most fundamental way to keep cigars. In a high-end cigar shop, single cigars are frequently packaged in a Ziploc bag at purchase. In addition, before placing the cigars in the box, several tobacco producers individually wrap each cigar. A humidity source is still necessary if you intend to keep your cigars for more than a few days, even though the bag will help preserve your smokes’ initial freshness.

Cellophane is widely used and has several advantages for protecting cigars from potential harm while being sent and displayed on store shelves. Still, it does not maintain a cigar’s freshness or humidity. Even if the cellophane is still on, cigars require access to a constant source of humidity to stay fresh.

2. Using Tupperware and a Sponge

Making a Tupperware humidor is a simple and inexpensive way to preserve the freshness of your cigars. Simply place your cigars in a clean Tupperware container, add a clean, unused kitchen sponge dampened with distilled water, and secure the lid. Because a whole sponge could produce too much humidity and over-humidify your cigars, especially if your Tupperware container is smaller, you might want to cut it in half or only use a tiny portion of it. Without a hygrometer, measuring the humidity level will be less precise, but this easy-to-use technique is still useful. The humidity pouches mentioned above can also be used in place of sponges.

It takes less effort to maintain fresh cigars than it does to maintain a plant. No matter the approach you use, the following additional information is important to know:

Cigars absorb their environment because they act like sponges. This is crucial if you ever want to keep flavored cigars on hand. If one cigar is infused with cherry, vanilla, or coffee flavoring, all the other cigars kept in the same container will also taste that flavor. Recommendation: Keep flavored cigars separate from your regular, unflavored cigars by storing them in their Ziploc bag, Tupperware, or another container.

You should rotate your cigars frequently so that the same smokes aren’t usually the ones most near your humidification source.

You can re-humidify cigars. If you’ve had a box of cigars languishing beneath your bed for the past six months and you’re just now reading this post, know that, depending on their condition, they may still be salvageable. Get the cigars into a sealed space with access to humidity, such as a Tupperware container or a Ziploc bag. The re-humidifying cigar is a gradual process, so keep that in mind.

You don’t want to increase the humidity level around your cigars aggressively. The wrappers may crack if you shock your cigars with too much moisture. Your cigars might regain their life if humidity is gradually added over time. When a cigar dries out to the point that the wrapper flakes off like a potato chip, that is the point of no return. It never hurts to try because re-humidifying cigars only require a small monetary outlay.

What Differs a Humidor from a Cigar Box?

Yes, the differences between the two are significant. Let’s examine the Cigar Box VS Humidor in more detail. A cigar box is made of cardboard, paper, or wood. Additionally, it lacks tools for controlling humidity. A humidor is constructed of cedar-lined, securely sealed wood. A humidor’s primary function is maintaining consistent humidity levels so your cigars stay fresh.

A cigar box is simple to find, and you can create one at home if necessary. You always receive pre-made cigars in a cigar box. Additionally, after a few days, the cigars’ freshness never remains in the tobacco boxes. Consequently, the aroma of your cigars may gradually fade.

Humidors have the drawback of never being cheap. However, it constantly controls the temperature and ensures that the cigars are fine and fresh for indefinite use. It has a humidifier with a moisture-emitting device. By now, you should know the differences and understand why a humidor is always preferable to a cigar box.

What Temperature and Humidity Levels are Ideal for Cigar Storage?

The ideal humidity level for storing cigars is 70% relative humidity. Even more, people even store it at 62% to 70%. However, it is usually preferable to maintain a constant temperature to avoid unnecessarily drying out the cigars. Store your cigars above RH 70% and never below.

You should store your cigars at 70 degrees Fahrenheit and 70% humidity, which is the unwritten but most commonly observed regulation. This humidity level is thought to be perfect for cigars. The 70/70 rule has long been the ideal humidity for cigars.

Do Cigars Get you High?

In contrast to the brain, nicotine predominantly affects another area of your neurological system. The parasympathetic nervous system, which is in charge of “rest and digest” processes, is known as this system. At the risk of offending the very educated readers in the room (there had to be at least three of you), nicotine works largely on a different area of your neural system than medications that make you feel high in your pink wrinkle bean.

The high that will have you delivering a 45-minute essay on why there is no reason we couldn’t force all animals on Earth to evolve to be more cuddly and doglike so that we could get bro out nonstop in a full world of loving animal companions is produced by drugs that work on your brain, not nicotine.

However, that is a topic for another day.

Contrarily, nicotine increases what people typically refer to as a “buzz” in a different area of your neurological system. This area is mostly in charge of relaxing you.

Many people discover that this nicotine rush is soothing and aids in taking them out of their daily routine and into a little mental getaway while they recline, put on some blues music, and pour a fine bourbon into a tiny glass. You can’t truly get high off of cigars. Although some could describe it that way, the effects of smoking other plants not available at Cigars Direct are not nearly the same.

Why do People Smoke Cigars?

The widespread perception that smoking a cigar is the ideal way to unwind may be the most frequent justification for doing so. Nothing helps you forget about your daily worries like a leisurely cigarette. The first step towards unwinding is realizing that your cigar needs time. Smoking a cigar should not be hurried or rushed. No matter what obstacles life throws, relaxing with a cigar will make you take your time and decompress.

As the cigar is trimmed and ready to smoke, relaxation begins. To do this, examine the cigar closely, smell, taste it, and hold it between your fingers. The next step is choosing the appropriate cutter, then cutting the cap. Lastly, you toast the cigar’s foot with a flame. Serious wine lovers also know and appreciate the ritualistic nature of the entire process, which can be complex. The cigar is ready to smoke once the preparation is complete.

Life slows down as the day’s worries recede with the first puffs.

The friendship shared by those who enjoy the cigar lifestyle is another reason people smoke cigars. There is nothing wrong with smoking a cigar alone; in fact, it can be a wonderful experience. But something about celebrating with friends ups the fun factor. What a pleasant way to pass the time—playing a friendly game of dominoes or swapping travel tales with your smoking companions.

What are the Negative Effects of Consuming Cigars?

Additionally, the greater size (more tobacco) and longer smoking duration of most cigars result in higher exposure to several hazardous chemicals (including carbon monoxide, hydrocarbons, ammonia, cadmium, and other substances).

A significant source of indoor air pollution can come from cigar smoking. There is no level of tobacco smoke exposure that is safe. Stop smoking if you wish to lower the risk to your health and the health of others.

Reference: Effect of Cigar Smoking on the Risk of Cardiovascular Disease, Chronic Obstructive Pulmonary Disease, and Cancer in Men List of authors.

If you don’t have a humidor, you can still safely store your cigars in Ziploc bags. Ensure you seal the bag well, removing as much air as possible. Use a damp paper towel or a small sponge to do this. To avoid mold development, it would be best to replace the paper towel or sponge frequently. The bag should be placed in a dark, cool environment. This method can keep your cigars fresh for up to a week.

Another inexpensive way to store cigars is to use a quart-sized slider plastic food storage bag. Place a damp sponge or paper towel inside the bag. Add distilled water if necessary, and close the bag tightly. This will help to maintain the ideal humidity level for your cigars.