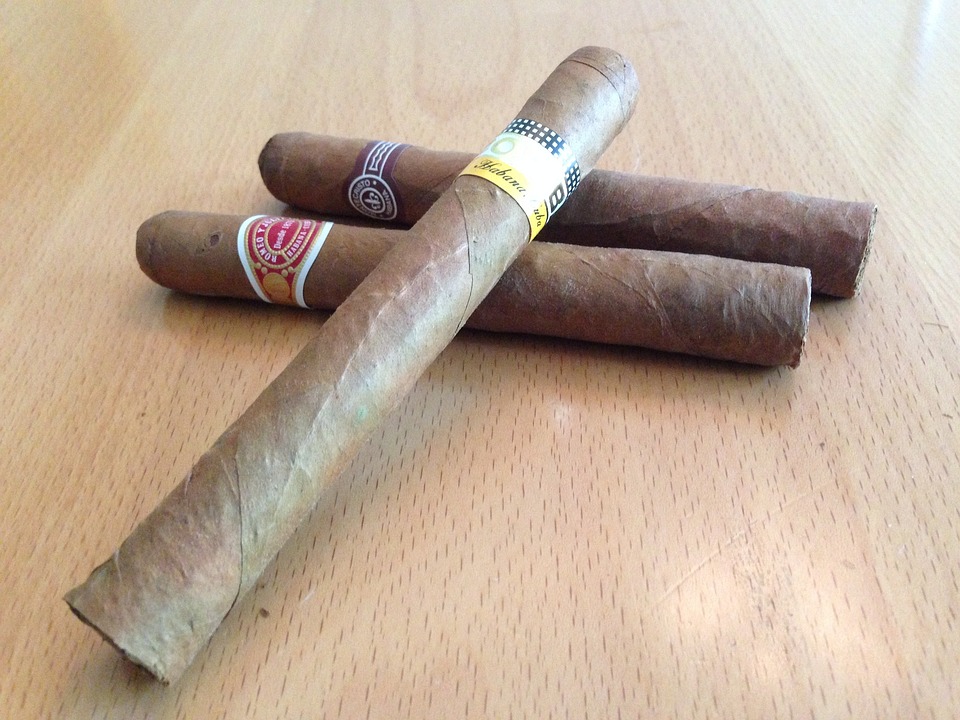 Experts are aware of the proper storage methods for cigars, but what about the average individual who wants to light up once in a while?

There are casual cigar smokers and then there are cigar connoisseurs in the realm of cigar smoking. The latter can instruct the former on how to raise the caliber of their cigars.

Even if you just smoke cigars sometimes, a little planning might mean the difference between an uneven burn and a quick burn and a more satisfying overall experience. 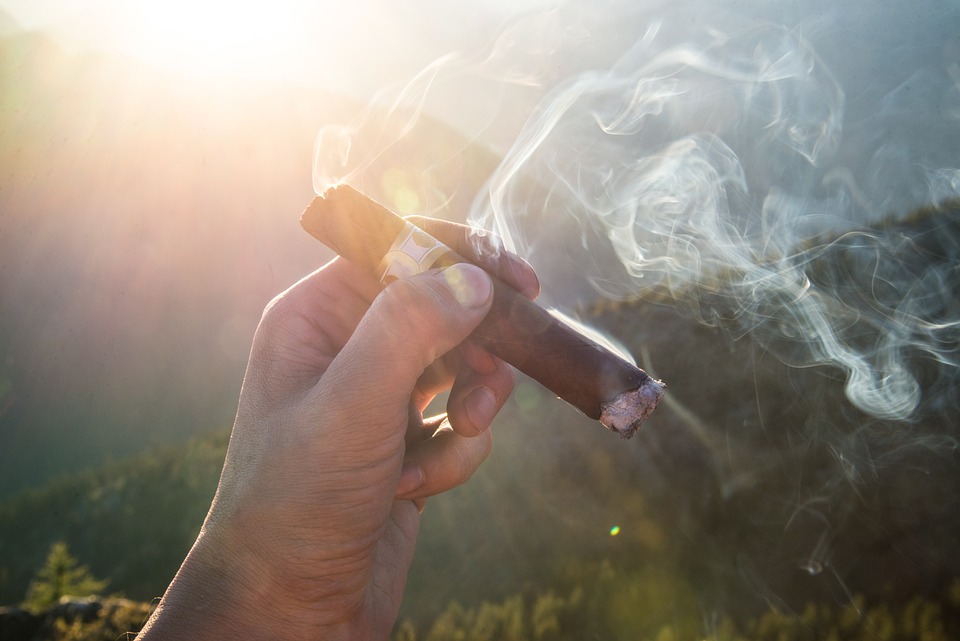 A cigar is a roll of tobacco that has been wrapped in tobacco leaves or another substance that contains tobacco.

Cigars differ from cigarettes in that cigarettes are simply a roll of tobacco that has been wrapped in paper or another material.

Large cigars, cigarillos, and small cigars are the three main types of cigars offered in the US.

The third most popular tobacco product among middle and high school students in the United States in 2021 was cigars.

Because they are sometimes sold as a single stick and come in flavors that are not permitted in cigarettes (like cherry), there are worries that these products may appeal particularly to young people.

How to Store Cigars?

Keep the Temperature and Humidity Constant

Cigars smoke best in the nation where they were created, as was stated in the introduction. One might enter a cigar factory and then smoke the cigar outside for the best smoking experience. This is not doable or practical.

A general rule of thumb in the tobacco industry is that temperatures between 68 degrees and 70% relative humidity are ideal for most cigars. These figures can be difficult to sustain depending on the season. Therefore, a humidity range of 62 to 72 percent is adequate.

For Precise Storage Conditions, Use a Humidor

The simplest method to learn how to preserve cigars at home is to get a humidor. Depending on how many and what kind of cigars you’re storing, these boxes can be adjusted to simulate the climate where cigars are created. They can help with moisture removal and moisture addition.

Cigars can be aged and kept fresh for brief periods in humidors. You might need to place some more recent cigars in a humidor before smoking them. If you find that a new cigar is burning unevenly, it may be because the factory injected extra moisture to keep the cigar fresh throughout transportation to the cigar retailer.

Are Cigars Worst than Cigarettes?

Cigarette smoking has been the subject of more research than cigar smoking, yet there is enough solid data to conclude that smoking cigars pose a significant risk to one’s health.

The same hazardous substances are present in cigarette and cigar smoke. Smoking cigars has been explicitly connected to compounds in the smoke that can cause cancer, heart disease, lung disorders, as well as oral and dental problems.

All cigar smokers immediately expose their lips, mouth, tongue, throat, and larynx to smoke and its carcinogenic compounds, whether or not they inhale. In addition, the esophagus is exposed to carcinogens when saliva containing the substances in tobacco smoke is ingested.

Cigarettes and cigars both contain nicotine, which makes tobacco addictive. In actuality, one full-size cigar can have the same amount of nicotine in it as a pack of cigarettes.

Nicotine can be ingested by a cigar smoker either through inhalation into the lungs or absorption through the mouth lining. In either case, the nicotine that enters the body causes the smoker to develop an addiction.

What is the Reason Some Cigars Cost More?

Taxes are one expenditure that has no bearing on the flavor or quality of a cigar. A premium cigar’s price might increase by a staggering percentage due to sales and tobacco taxes. State tobacco taxes can be very high, accounting for 60% or more of the cost to the retailer. Tobacco taxes can cause the basic price of a premium cigar to skyrocket, except in a small number of states like Texas, where the tax is negligible, and Pennsylvania and Florida, all of which have no tobacco taxes. Based on federal, state, county, and municipal taxes, there is a wide range of tobacco taxes.

More expensive cigars are uncommon, just like pricey watches, vehicles, and bottles of wine. The production of highly sought-after blends like Fuente Fuente Opus X ($30 and above), Ashton ESG ($18.75–$22), Padron Family Reserve ($21.60–$32.50), and yearly limited editions from My Father ($20–$24) is not very high. These aren’t the kinds of cigars you’d find in the clearance section of your neighborhood shop. They’re expensive to produce. The bands and packaging cost more money. They exude a sense of power. And there aren’t nearly enough to go around. These cigar buyers are typically less concerned about pricing and just grab them up when they see them.

Famous cigar manufacturers like Carlito Fuente, Pepin Garcia, and Jorge Padron are aware that time cannot be hurried. To produce their most expensive cigars, they rely on unique supplies of tobacco that are bought from particular farms. Only the best and most flavorful wrapper leaves are chosen.

Several months, if not years, are spent fermenting the tobacco. Premium tobacco pylons (stacks of leaves) must be kept in ideal conditions for extended periods during fermentation, which is expensive.

Tobacco can be matured for an additional number of years after fermentation either before or after it is rolled into the finished product. But the best cigar producers are unyielding. Even if retail stores run out for a spell, they won’t hurry their cigars to market. The cigars inside an expensive box have typically been resting for a very long period before you open it.

What are the Disadvantages of Consuming Cigars?

Tooth loss and gum disease are both related to smoking cigarettes.

Emphysema and chronic bronchitis are among the lung conditions that become more likely by heavy cigar smoking.

To guide the creation of future studies and culturally-specific interventions to combat the use of small cigars and cigarillos (LCC) among adolescent African Americans (AA), a population at risk. This investigation also evaluates the variations in LCC use and perception between AA young adults who attend college and those who do not. Methods: According to the Theory of Planned Behavior, participants’ attitudes, norms, and perceived behavioral controls about LCC usage were examined in separate focus groups with AA young adult LCC users who attended college and those who did not.

What are the Benefits of Consuming Cigars?

Lower Likelihood of having to Replace your Knee

While purchasing packs of smokes may put smokers out of business, they can at least save money by postponing knee replacement surgery. According to unexpected findings from a recent study, men who smoke are less likely than non-smokers to require total joint replacement surgery.

What might be the connection? Running and being overweight increase the likelihood of having knee replacement surgery; smokers rarely jog and are less likely to be overweight. Nicotine from cigarettes may help stop the degradation of cartilage and joints.

Reduces the Danger of Obesity

Nicotine, which is present in cigarette smoke, reduces appetite. It has roots in the pre-Columbian native American cultures of America. In the 1920s, tobacco companies started claiming that smoking would make women look smaller.

Yes, nicotine has stimulant and appetite-suppressant properties, and smoking alters behavior by making people eat less. However, the relationship between smoking and weight control is complicated. Some people who smoke may find food less appetizing, which will further reduce their appetite. According to a study by Yale University researchers, nicotine suppresses appetite by acting in the hypothalamus, a region of the brain.

Smokers who have experienced heart attacks appear to respond more favorably to the two forms of therapy used to clear artery plaque: angioplasty, which eliminates plaque by putting balloons into the arteries, and fibrinolytic, which is essentially medicine.

However, there is a significant issue; smoking causes the arteries to heal, which initially permits the buildup of fat and plaque, which is why smokers get heart attacks. Smokers, therefore, encounter this issue at a younger age, and they probably experienced their first heart attack roughly ten years earlier than non-smokers.

To keep cigars fresh, they must be stored in a dark and cool place. The best place for storing your cigars is in the cooler or the bottom of a closet. This place should be at a consistent temperature and keep the cigars dry. Keeping the cigars in a cool place will help them keep their flavor and freshness for years.

The ideal humidity level for your cigars is about 70 percent. This will keep them moist but not overly spongey. You must also regulate the temperature, as cold air is harder to keep moist than warm air. Also, a humidor will help retain humidity at a constant level.