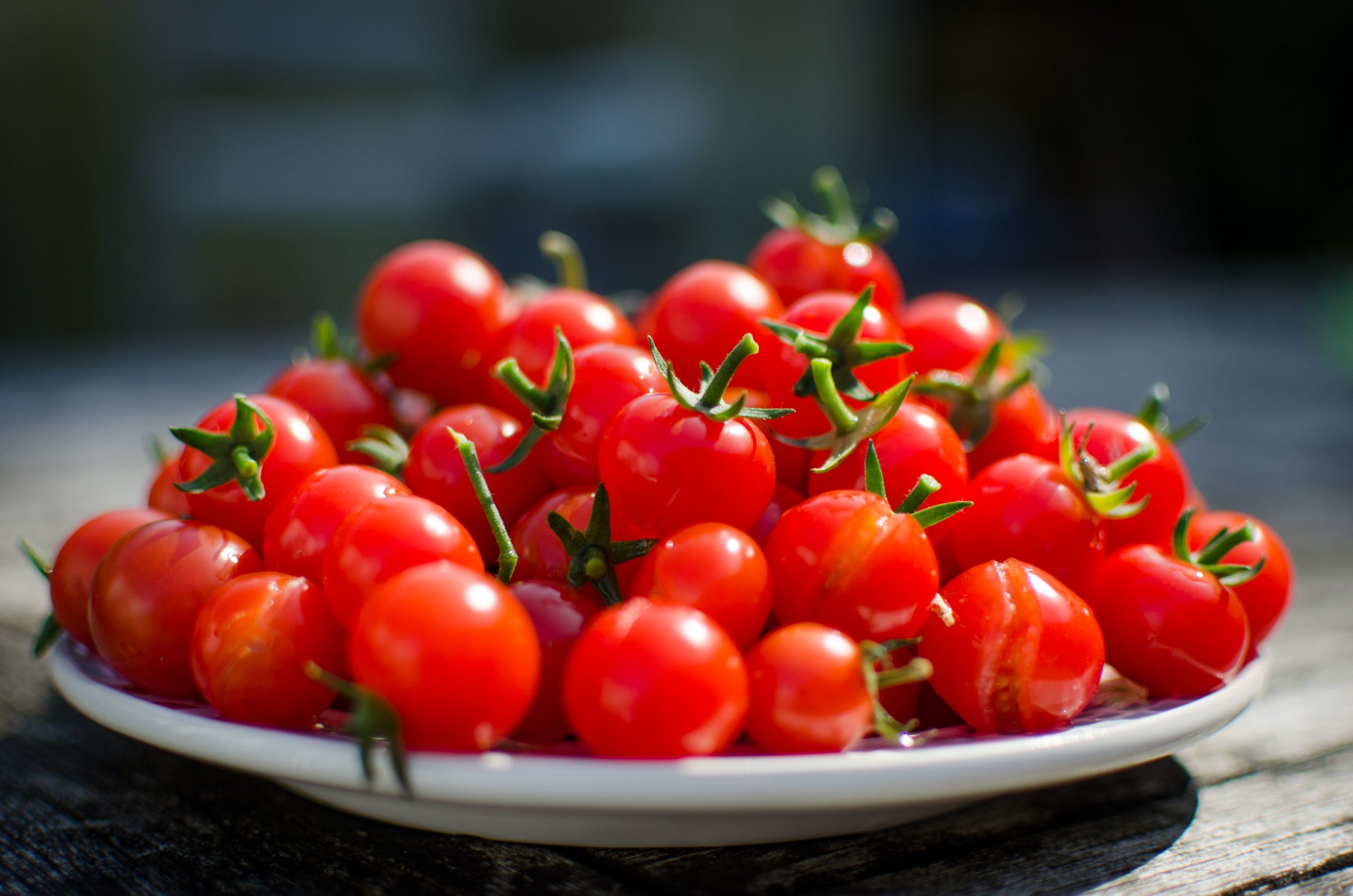 You don’t need to dip full-size tomatoes into boiling water to remove the skins; core the fruit and place it into zipper bags. Even simpler are cherry tomatoes. Place it on a baking sheet, wash and dry it, and then put it in the freezer. Put the little globes in a container or zipper bag once they have frozen solid.

A single cherry tomato plant can provide hundreds of ripe, luscious tomatoes in a single growing season. Enjoy tasty tomatoes even during the off-season by freezing cherry tomatoes for long-term storage. 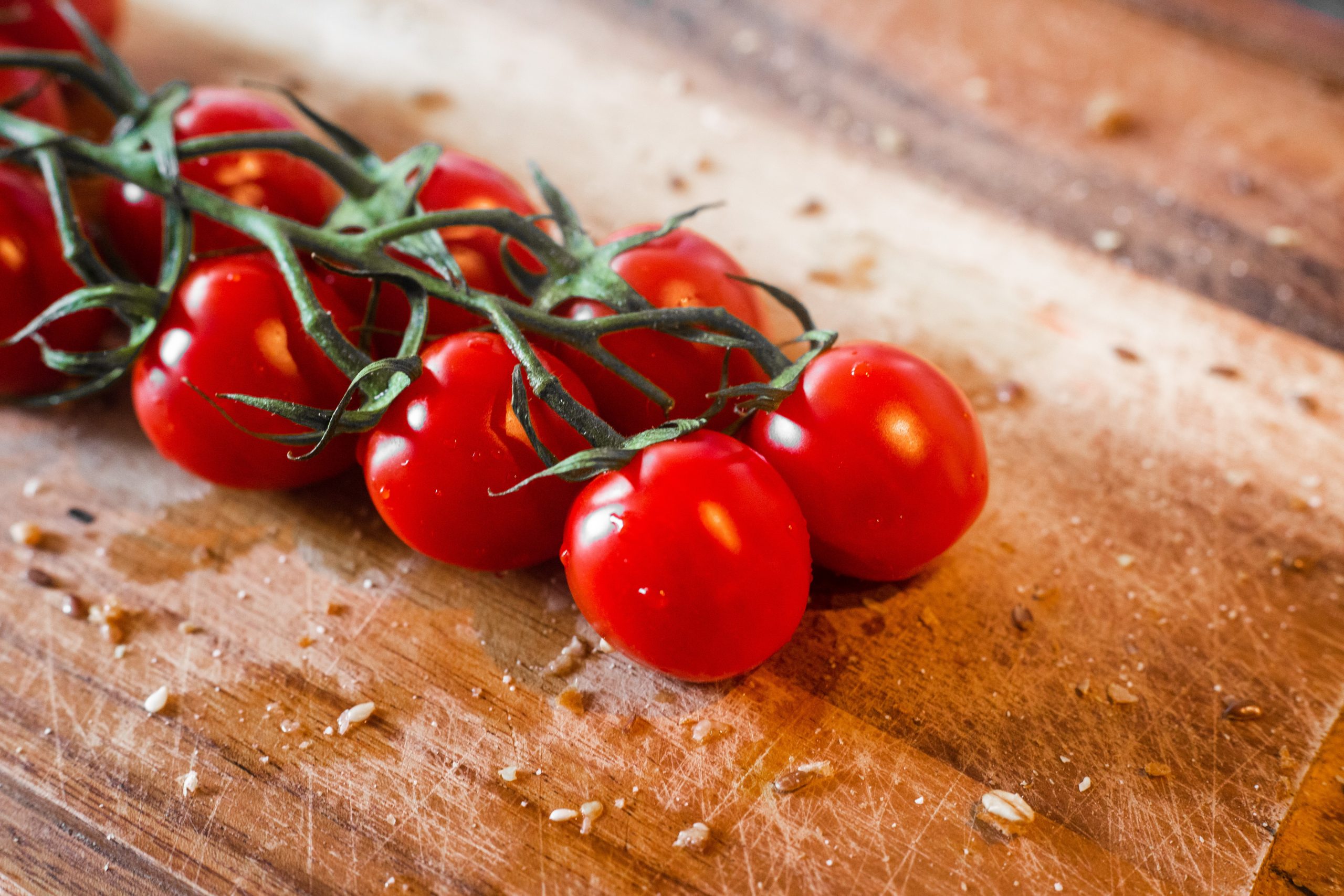 How to Freeze Cherry Tomatoes?

Because no other tomato variety can produce the best-tasting Caprese, cherry tomatoes are a mainstay in many home kitchens.

So it wouldn’t be shocking if you have too many of them and are asking how to preserve them so that winter isn’t monotonous!

Cherry tomatoes can be preserved for a long time so you can eat them anytime.

You can put them into jars and containers after peeling off their skins, dehydrate them by drying them under the sun, or even better, freeze them. You can preserve them at room temperature by keeping them away from the sun with the vine side facing down because it retains the most moisture that way.

The only method of food preservation that keeps cherry tomatoes in their raw state while retaining a sizable portion of their color, flavor, and texture is freezing.

Below, we go into great detail on how to freeze cherry tomatoes in various sizes and shapes for up to six months.

Cherry tomatoes can be carefully wrapped inside a vapor and moisture-resistant bag and frozen for up to 6 months in their whole state or when cut into strips or cubes.

Cherry tomatoes should never be stored in the fridge for more than three days!

Cherry tomatoes don’t need to be peeled or blanched before freezing to prevent food waste (a technique mostly used to preserve the texture and color of greens such as veggies and herbs).

Sliced or entire cherry tomatoes can be frozen after being spread out on a baking sheet and frozen into blocks. The individual tomatoes can then be placed in an airtight container and frozen.

You have other storage options besides freezing; however, refrigeration should only be used for three days at a time. Additionally, ensure the tomatoes are fully ripe before chilling them in the refrigerator—otherwise, they might never ripen!

The steps below make it simple to freeze cherry tomatoes:

Tomatoes are sealed off from the air during packaging, reducing the likelihood that oxygen will reach them and affect their color and texture.

The scientific term for this is “freezer burn,” You’ve probably experienced it if you’ve ever eaten a thawed tomato portion that had almost no taste.

The ideal packaging for freezing cherry tomatoes is as follows:

A freezer bag, made expressly for freezing goods, helps to avoid freezer burn. It is quite reasonably priced and offered by many retailers.

If you make sure to let out as much air as you can before sealing it, you can keep your cherry tomatoes in it for up to six months.

A vacuum sealer will completely expel all the air in the bag, creating a vacuum situation, or you can also remove the air from the freezer bag by sucking on a straw.

Cherry tomatoes can also be frozen in plastic freezer containers. Be careful to provide head space when using them for accounting for the expansion of tomatoes that will occur while freezing.

These rigid glass containers are freezer-safe because they are composed of tempered glass. This offers a dependable method of tomato storage as well.

How to Use Frozen Cherry Tomatoes?

Before cooking frozen cherry tomatoes, let them defrost in the refrigerator for a few hours or overnight.

Cherry tomatoes should be defrosted in the refrigerator rather than being left to thaw at room temperature in a bowl on a countertop. Doing so lessens the possibility of bacteria growing within the cherry tomatoes and delays their spoilage.

Also, delayed thawing in the refrigerator allows some moisture to be absorbed back into the vegetable instead of quick thawing, which reduces the water content of the cherry tomatoes and changes their texture.

Steps to use frozen cherry tomatoes;

Step 2: Put the cherry tomatoes in the fridge and let them defrost for several hours.

Step 3: Remove the cherry tomatoes from the fridge and use them to make your delectable meals.

How to Freeze Cherry Tomatoes Juice?

When packaged in a well-sealed container, cherry tomato juice can be kept for months in the freezer.

How to freeze the juice from cherry tomatoes

Step 1: Is to give tomato juice some time to cool. The ice bath method can cool a lot of tomato juice more quickly.

Step 2: Place in a tightly sealed package or container in step two.

Step 3: Label the container or jar and put it in the freezer.

Cherry tomato juice can be defrosted in the fridge.

How to Freeze Roasted Cherry Tomatoes?

Cherry tomatoes taste and have a flavor that is enhanced when roasted.

First, flash-freezing roasted cherry tomatoes in the freezer on a baking sheet and then move them into an airtight bag or container to freeze permanently or for extended periods; it is possible to store frozen cherry tomatoes for up to six months.

Step 1: Thoroughly wash the cherry tomatoes in a dish of fresh water.

Step 2: Use your preferred recipes to roast the cherry tomatoes.

Step 3: Let them cool and spread them out on a cookie sheet to keep them apart.

Step 4: Freeze the cookie pan for a few hours to solidify the roasted cherry and prevent clumping.

Step 5: Take the roasted cherry tomatoes out of the baking sheet and put them in airtight bags or containers. Label the containers with the name and the date.

Step 6: Refreeze the wrapped roasted cherry in the freezer for up to 5 months.

After being frozen, thaw the roasted cherry tomatoes in the refrigerator for a few hours or overnight before using. Once at room temperature, use it as a component in your preferred dishes.

To get the greatest taste from chilly tomatoes, it is crucial to bring them to room temperature first before using them.

Reference: Effects of Freezing Rate on The Quality of Cherry Tomatoes

Can you Season Cherry Tomatoes Before Freezing them?

Cherry tomatoes can be seasoned before freezing, although this is not recommended because the flavor of some seasonings, such as onions and other spices, can be enhanced or loosened at freezing temperatures, which can subsequently change the taste and flavor of the cherry tomatoes.

For a fresh, exquisite taste, cherry tomatoes should be seasoned after freezing and thawing.

How do you Blanch Tomatoes for Freezing?

Fresh tomato skins are simple to peel after thawing, so blanching is not required before freezing. Bring a large pot of water to a boil if you still desire to blanch your food first. Boil, the tomatoes for 30 to 60 seconds or until the skins begin to peel back. To remove and place in an ice bath, use a slotted spoon. The cooled tomatoes should be peeled before being added to a freezer bag. Remove all of the air and then freeze.

The best approach to ensure that cherry tomatoes stay fresh for a long time—up to six months or longer—is to freeze them. It aids in maintaining the cherry tomatoes’ flavor, texture, and nutritional value.

Cherry tomatoes can be frozen without blanched if you first freeze them on a cookie sheet and then put them in a sealable bag or container.