Bok Choy is a leafy green vegetable that has long been used in Asian cooking.

It can be served in various ways and is edible, including its thick, white stalks and dark green leaves.

You can blend it with a salad or slaw to eat raw or steam, stir-fry, broil, or consume it.

The method of bok choy storage varies. It can be blanched before freezing or dried in the oven. Bok choy, on the other hand, will become mushy and wilted if it is blanched before being frozen. You can alternatively clean and dry it in the oven if you don’t want to take that chance. 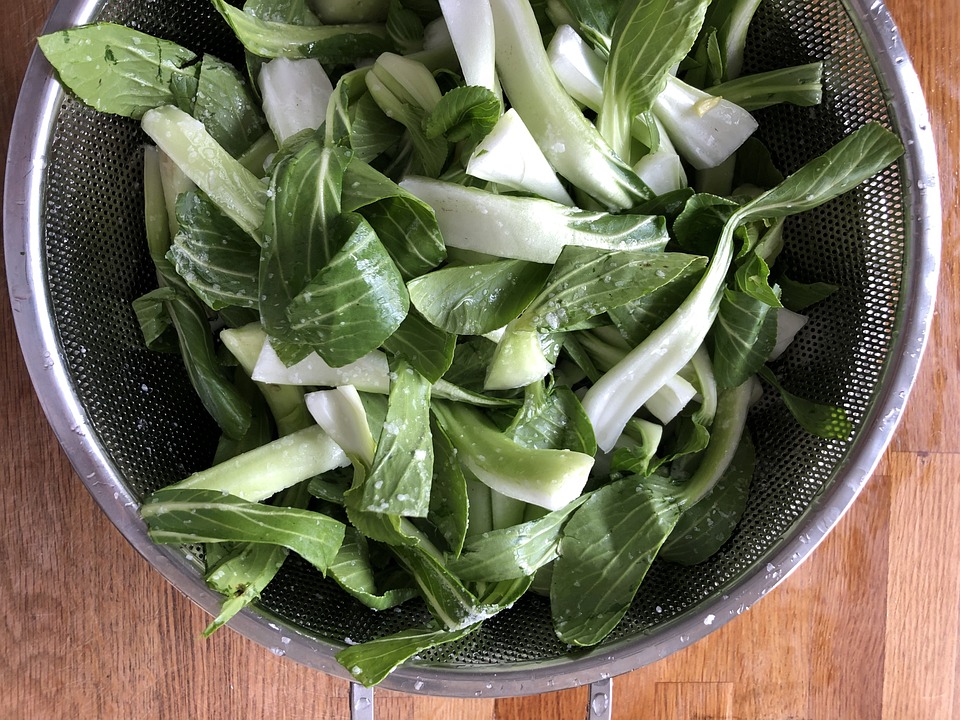 What is Bok Choy?

A leafy green vegetable with names including “bok choy,” “pak choi,” and “Chinese white cabbage,” it is related to turnips, broccoli, cabbage, and kale.

It features long stalks that resemble celery, a circular white bulb on the bottom, dark green leaves on top, and leaves.

This is the ideal vegetable for you if you want to include more leafy greens in your diet.

You can also look for baby bok choy, a less mature kind of bok choy that is harvested a little earlier.

This vegetable’s availability throughout the year is a remarkable feature.

But if you’ve never tried it, you should know that winter is the best season to consume it because the icy conditions help it to acquire a sweet flavor and a crispy texture.

How to Store Bok Choy?

Here are some suggestions for storing this cruciferous vegetable in your refrigerator.

In a Ziploc bag, put the unwashed vegetable.

Create small holes in the bag to promote airflow and prevent the veggie from wilting.

Eat within three to four days.

Remove the stalks from the Bok Choy by cutting off the base with a knife, but keep the stalks because they are still delicious and can be used in several ways.

Place the leaves in a big dish with cold water, soak them, shake off the excess water, and then pat them dry with paper towels.

Roll the leaves up after placing them carefully on fresh paper towels.

Place the wrapped leaves in a Ziploc bag and the crisper with the vegetables.

Within five to six days, consume.

Ice-cold water should be put in a jar.

Before putting the container in the Fridge, add the stalks and ensure they stand straight.

Consume in one or two days.

The woody stalks should be removed before thoroughly washing the leaves.

The leaves should be blanched for around 2 minutes before being instantly submerged in an ice-cold water bowl.

Blot them dry with paper towels to remove any extra moisture before putting them in freezer bags or other airtight containers to preserve in your freezer.

What are the Things that Must be Considered While Purchasing Bok Choy?

The following are some suggestions you should have in mind when purchasing bok choy from your neighborhood grocery store:

If you want to purchase baby bok choy, seek heads that are soft and petite.

If you’re looking for a larger variety, look for any withering in the leaves and stems. Buy Bok Choy without stems or leaves that are drooping.

To get the finest flavor, look for bok choy that is brightly colored and has little to no browning.

How Long does Bok choy Last in the Fridge?

Depending on how you’ve stored it, bok choy can last for a while. It can last three to six days in the refrigerator if it is kept properly.

It would be best to keep it in the refrigerator in a plastic bag to extend its shelf life and wash it before using it.

Bok choy will keep its finest quality and be safe to eat for a lot longer if you store it in the freezer for up to a year.

If your bok choy has become particularly soft or seems discolored, it is no longer safe to eat.

Throw it out right away if it has an odd smell.

How to Dehydrate Bok choy?

To extend the shelf life of the bok choy, dehydrate it. Beginning with the bok choy, prepare it by clipping its ends and washing it as directed in the above technique. Boiling water is used to blanch the bok choy for a few minutes. After that, remove it and place it in an ice bath. After the greens have cooled, strain them in a sieve and pat or spin them dry with paper towels.

The bok choy can be dried in two different methods.

Bok choy should be dried in a food dehydrator until its leaves have a brittle quality. Place the clean bok choy on a dehydrator tray.

If your dehydrator is set to 140 degrees Fahrenheit, it typically takes 8 to 10 hours to complete this.

Bok choy should be placed on a baking sheet and baked at the lowest setting. You can dry the vegetable in a bake oven for people without a dehydrator. Given that the oven lacks the airflow produced in a dehydrator, this process will take much longer than using a food dehydrator.

What are the Health Benefits of Bok Choy?

Bok choy is a healthy addition to your diet since it is crisp, tasty, and packed with fiber, vitamins, minerals, and other nutrients. It is packed with antioxidants and other substances supporting greater health, like other dark, leafy greens.

According to studies, cruciferous veggies like bok choy help lower your cancer risk. Vitamins C and E, beta-carotene, folate, and selenium are some cancer-preventing substances found in them. Strong antioxidants like vitamins C, E, and beta-carotene can lessen your risk of developing cancer by preventing the cellular damage caused by free radicals. Selenium might be able to decrease tumor growth. Additionally rich in fiber, bok choy supports a healthy digestive system and may lower your risk of developing colon cancer.

Bok choy is a great source of the flavonoid quercetin, like other dark, leafy greens. By reducing inflammation in the body, quercetin may lower your risk of contracting several chronic illnesses, including cancer, diabetes, and heart disease.

In several ways, bok choy may reduce your chance of developing heart disease. It includes folate and vitamin B6 to start. These foods aid in the elimination of homocysteine from your blood. Too much homocysteine can damage your blood vessels, which raises your chance of developing heart issues. According to studies, eating many leafy green vegetables, particularly cruciferous vegetables, lowers the risk of heart disease.

The vegetable also contains significant amounts of potassium, magnesium, and calcium, which naturally lower blood pressure. According to some research, eating enough potassium can assist in reducing high blood pressure brought on by sodium. Lowering excessive blood pressure can decrease your chance of developing heart-related issues.

Bok choy, a beloved member of the cruciferous vegetable family, is becoming increasingly well-known for its exceptional nutrient richness. This cabbage family member is one of our vegetables with the highest nutritional rankings and offers good, very good, or great quantities of 21 nutrients. More than 70 antioxidant phenolic compounds have been discovered in bok choy in recent investigations. In contrast to several other cabbage family members, these listed minerals include zinc, an antioxidant, and omega-3 fatty acids. Numerous hydroxycinnamic acids, which are frequently referred to as “chain-breaking” antioxidants due to the way they scavenge free radicals, were among the phenolic antioxidants in this group.

Bok choy is our eleventh richest source of vitamin A due to its high beta-carotene concentration. Bok choy is more vitamin A-rich than other cruciferous vegetables, such as broccoli, cauliflower, cabbage, and Brussels sprouts. Regarding dietary antioxidants and cancer prevention, bok choy has also been incorporated in several recent and ongoing large-scale human investigations.

What are the Possible Negative Effects of Bok Choy?

Bok choy has several health advantages, but when ingested in large quantities, it can have drawbacks for some people.

Cruciferous vegetables include myrosinase enzyme in their raw, uncooked state that breaks down the glucosinolates these veggies contain.

Some of the glucosinolates’ breakdown products may prevent your body from absorbing iodine, which is necessary for thyroid function.

In one case study, an older woman with severe hypothyroidism and an associated coma was admitted to intensive care. She had consumed 14–21 cups (1,000–1,500 grams) of raw bok choy daily for several months.

Although this consequence might appear terrible, remember that this is just one unique, exceptional instance. You should be concerned about this effect if you consume high quantities of raw cruciferous veggies over an extended period.

According to one review, there has been a minimal study on bok choy’s propensity to impede thyroid function. However, the experts assert that bok choy consumed in regular serving sizes is probably not harmful to thyroid function.

Bok choy can be stored in several ways. The best method is to blanch it before freezing to preserve its crisp texture and fresh taste. Place a bag with the bok choy, leaving enough room for air to circulate. It is important to use a bag with holes to avoid wilting or freezer burn. Bok choy should be rinsed thoroughly before storage.

After cutting the stalks, clean the bok choy thoroughly. Cut off the stalks about 1/2 inch below the soil line for larger varieties. Discard the root portion on the bottom of the bok choy. You can cut it in half lengthwise using baby bok choy. You may also try slicing it into thin strips. After rinsing, use paper towels to blot off any excess water.