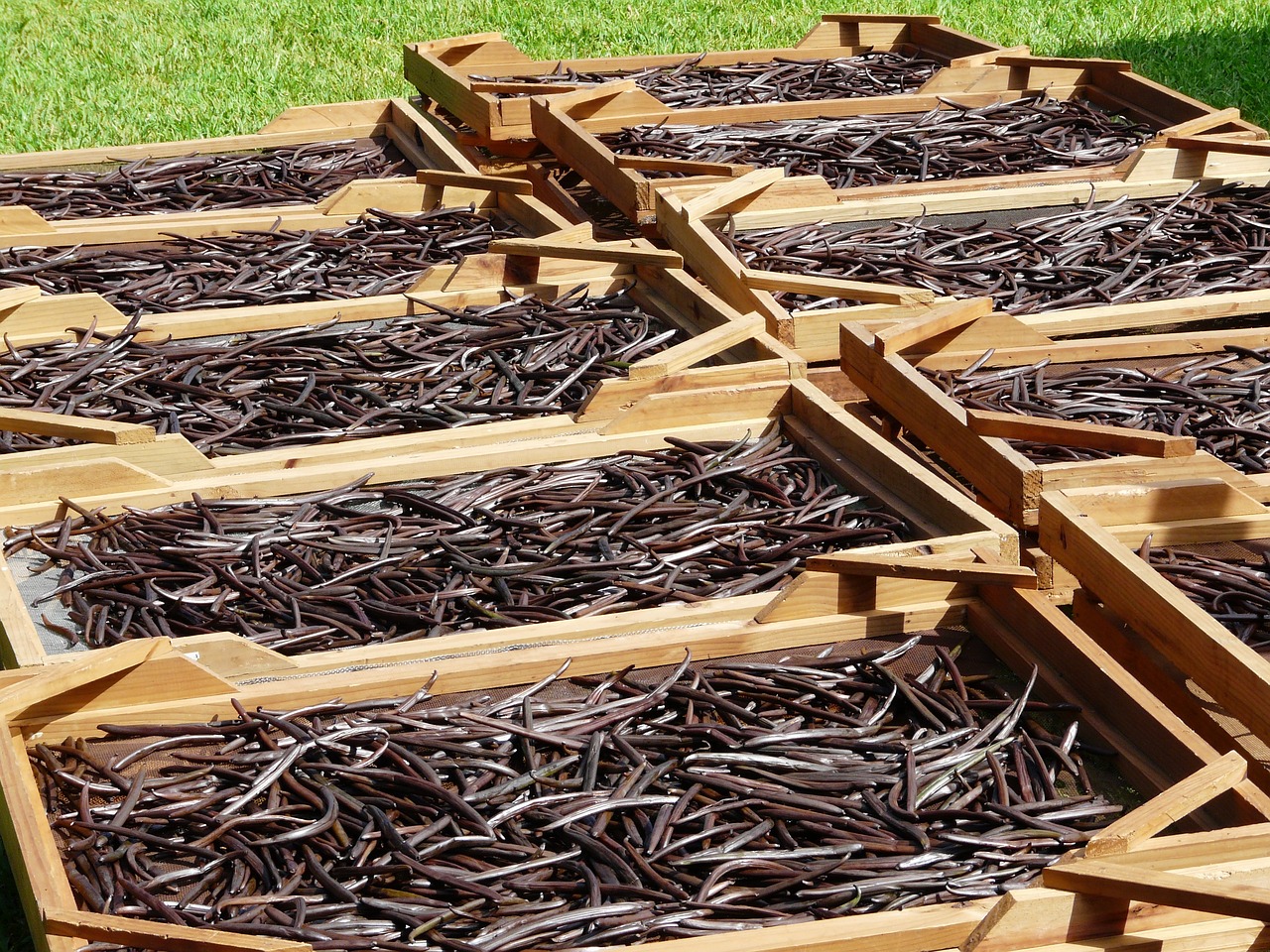 If stored properly, vanilla beans can last up to two years, but for the finest flavour and freshness, you should consume them within eight months. Keep your vanilla beans in an airtight jar at room temperature in a cool, dry location. If you keep the beans in the fridge, they may dry up and perhaps develop mould, rendering them worthless. 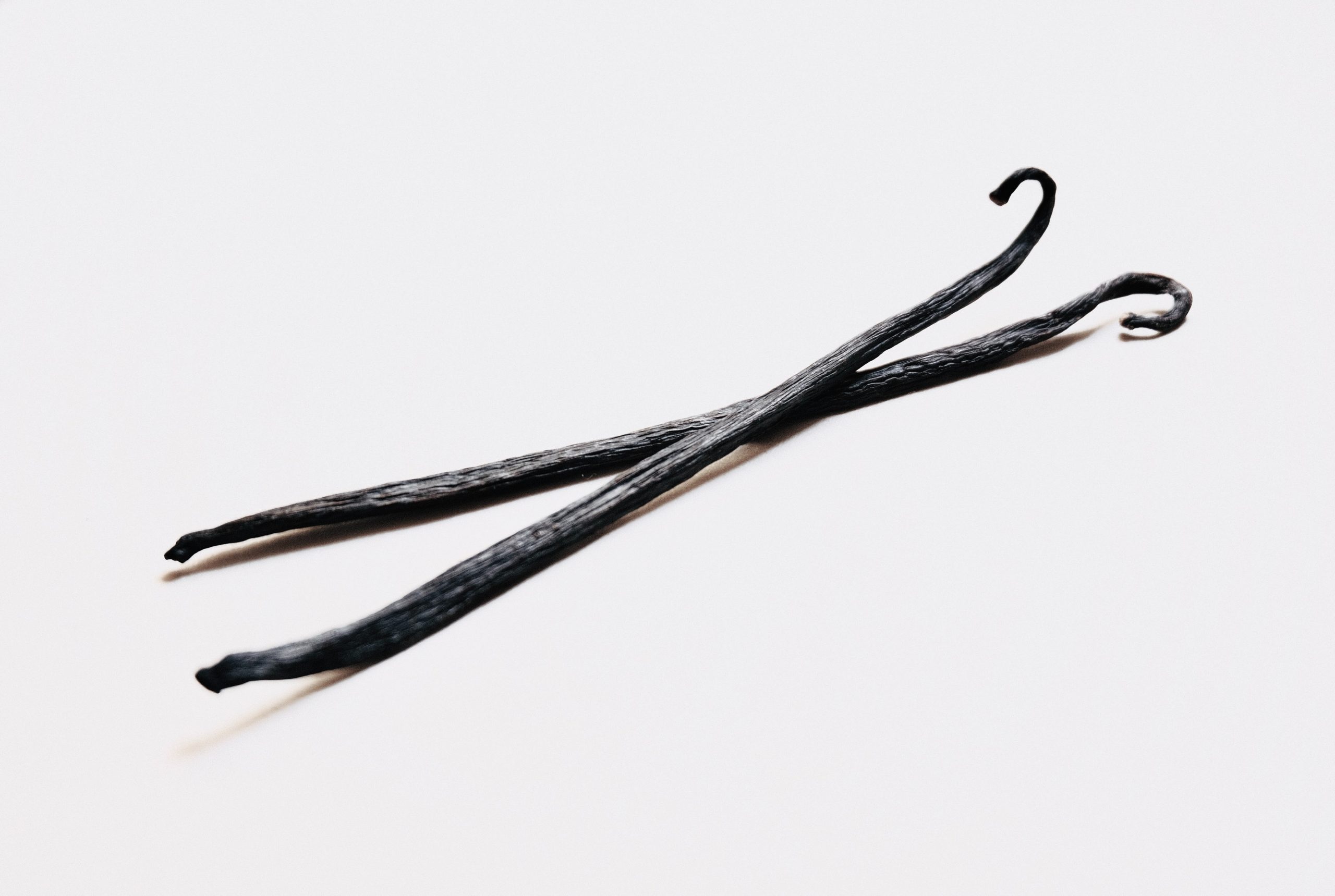 Because vanilla beans are pricey and valuable, it’s crucial to store them properly to maintain their flavour. They should be stored in an airtight container at room temperature, away from a refrigerator. Drying vanilla beans on a bench for about an hour is the best storage method.

What is a Vanilla Bean?

The fruit in the pod-like structure of the vanilla plant’s climbing orchid is called a “bean.” In the native habitat of vanilla, Central and South America, hummingbirds and small bees make these pods by pollinating vanilla orchids.

Thousands of microscopic seeds that adhere to the pod walls are present in the six to twelve-inch-long vanilla pods, which you can use to flavour meals. The sticky glue covering the beans and the pod wall contains flavours of vanilla.

Buttercream icing, crème brûlée, and cake batter can benefit from the delicate vanilla flavour that can be added by breaking open vanilla pods and scraping off the seeds. Vanilla beans can also be used to make DIY vanilla extract.

How to Store Vanilla Beans?

Vanilla pods should be kept at room temperature in a dark location. Ideal conditions are between 15 and 25 degrees Celsius. Never store vanilla beans in the fridge or freezer since doing so will dry up the pods and stop them from continuing to cure.

Keep your priceless vanilla beans in an airtight container to prevent moisture loss. The best containers are opaque materials like dark glass or ceramic glaze. Find a container that fits the beans snugly without allowing too much air to circulate. As a result, moisture loss will be reduced to a minimum. Avoid plastic containers since the volatile chemicals in the plastic can mix with those in vanilla pods and change the flavour of your completed food.

Vacuum packaging is not advised for vanilla beans. First off, since the bags are frequently made of plastic, your beans’ original flavour may be harmed. Second, vacuum packaging can ruin your vanilla by squeezing out the air and the volatile chemicals and flavour in the beans. The most significant discovery is that beans can be subjected to the bacterial breakdown in an anaerobic setting.

When storing your vanilla, remember the golden rule: neither too hot nor too cold. Beans prefer temperatures between 60 degrees F (15.5 C) and 85 degrees F for comfort (29 C). Extreme temperatures will dry out the pods, squeezing all the flavour and sweetness out of the seeds.

Beans should never be kept in the freezer or fridge! They will dry out and perish in the cold, and they might even produce mould.

Native Vanilla pods should never be kept in an open or vented container. Instead, take your beans out of the jar and give them a once-every-eight-weeks “breathing” period (and every four-six weeks in hotter months). This prevents the beans from “sweating” in their container. Moisture is detrimental to beans because it can cause mould. Open the container, take them out of the cling wrap, and let them both 15 minutes to “breathe” away from the sun. The beans should be rewrapped and placed back in their cool, dark location.

Small crystals of vanillin may form in our vanilla bean. Although occasionally mistaken for mould, the crystals are positive, we guarantee you! Enjoy the sunshine outside without taking your pods out of their glass containers. You know you have high-quality beans if they have an Edward Cullen-like hard appearance and shine in the light. These crystals are gems of pure flavour that can be eaten entirely.

Mould is present if the beans don’t sparkle in the light, smell terrible, or have a large amount of powdered stuff. However, keep calm. You still have a chance to salvage your beans, particularly if the mould hasn’t gotten to them completely. Sort the clean beans from the spoiled ones. After wiping the mouldy ones with a paper towel or clean cloth, use a cloth that has been dampened with high-proof alcohol to clean them. After letting them fully dry, store them apart from the unaffected beans. You should discard them if the mould returns or if it has penetrated the bean’s surface and is growing inside the pod.

One of the priciest non-pungent spices, vanilla beans are used mostly as a flavour in various sweet beverages and confections.

Essential oils, simple and complex carbohydrates, vitamins, and minerals make up most of the vanilla extract’s ingredients.

Vanillin is the main chemical present in the beans. Eugenol, caproic acid, phenols, ether, alcohols, carbonyl compounds, acids, ester, lactones, aliphatic and aromatic polysaccharides, and vitispiranes are only a few of the additional components found in the pods.

The Mayans thought that putting vanilla in drinks would have sexual properties. However, no current research study demonstrates its involvement in managing sexual dysfunctions.

Vitamins from the B-complex families, including niacin, pantothenic acid, thiamin, riboflavin, and vitamin B-6, are in trace amounts in its extract. These vitamins support the neurological system, metabolic regulation, and enzyme synthesis.

Additionally, traces of the minerals calcium, magnesium, potassium, manganese, iron, and zinc can be found in this condiment spice. Potassium is a crucial element of bodily fluids and cells that helps regulate heart rate and blood pressure.

How May Vanilla Beans be Stored to Maintain their Freshness?

The vanilla beans you purchased from Slofoodgroup will be packaged in a vacuum-sealed bag. We advise waiting to open these bags until you are prepared to use the beans. There are a few ways to store vanilla beans to keep them fresh if you don’t use them all right away, but no matter which method you select, be sure the container is airtight!

Great storage options include glass jars with tight-fitting lids or corks, double zipper bags (if using a bag, attempt to push as much air out of it before closing), and food sealers (ideal if you have one). For added protection, we advise starting by wrapping your beans in wax paper. Encasing your vanilla beans in sugar is another excellent method for keeping them fresh (still in an airtight container). The sugar may aid in preserving the moisture content. Additionally, you’ll have tasty and aromatic sugar left over for subsequent usage!

Once you’ve decided on a container for your beans, you need to select the best location for that container. Because they are picky, vanilla beans like a temperature of roughly 72°F and don’t like to be kept either too hot or too cold. Look for a location that is dry and shielded from the sun.

Should I Put my Vanilla Beans in the Fridge?

The shortest response to this query is “NO!” Never (ever) put vanilla beans in the refrigerator. If you do this, your beans’ quality will suffer greatly, and they might even become completely useless. Two things can occur when they are kept in the refrigerator. A specific species of mould that only develops on vanilla beans will thrive in the dried-out beans’ environment due to airflow and moisture levels.

Vanilla beans’ shelf life varies considerably. Of course, carefully storing your beans will extend their lifespan, but there are further considerations. The vanilla beans you may buy in supermarkets are frequently already dried out. The best course of action is to locate a reliable supplier of superior beans. The freshest beans will be strong-smelling, wet, oily, and packaged firmly. You can use this guide to assist in choosing a vanilla product.

Use your beans to manufacture DIY vanilla extract, which lasts forever, if you are concerned about your beans’ quality. Most vanilla specialists advise you to order only what you can consume within six months. When stored at the proper temperatures and moisture levels, out of direct sunshine, and with little to no air penetrating the pods, you might even get a couple of years out of your vanilla beans. Here is a simple recipe for homemade vanilla extract.

How to Rehydrate Dried Vanilla Beans?

You can even revive a dried vanilla bean to use in your recipes. You can soak a vanilla bean in hot (not boiling) water for up to two hours if it has grown too dry to split and scrape easily. This enables the bean’s initially tough leathery skin to swell and soften. The flavour on the pod’s outside will be lost in very small quantities. The pod may now be split with a knife to access the seeds. If you won’t use the vanilla pod in your cuisine immediately, blot it dry and keep it safe.

It is recommended to utilise these rehydrated vanilla pods immediately after soaking them because they are more susceptible to developing mould. If the pods are oily, ensure the outside is well covered in the oil to help protect it.

A dried vanilla bean can be used by cutting it into pieces with scissors or a knife and dropping it into sugar, booze, dessert syrup, milk, or cream. The pods will release their delicious scent into the ingredients over time or with heat.

You can use ground vanilla bean powder in your recipes instead of entire vanilla beans and seeds. To release the flavour, dried vanilla beans can also be crushed up. A coffee grinder or spice mill can be used for this.

Before storing them, you should inspect the vanilla beans for mould if you want to guarantee their flavour. The exterior edge of your vanilla pods should be checked for a white, thick web. If you see one, throw the pods away. The beans can still be used if the blemishes disappear—the two to the three-year shelf life of vanilla beans. Pod quality and storage capacity are key factors. Beans should generally be kept in the dark, cool, airtight environment. The beans shouldn’t smell stale and shouldn’t be directly exposed to the sun.