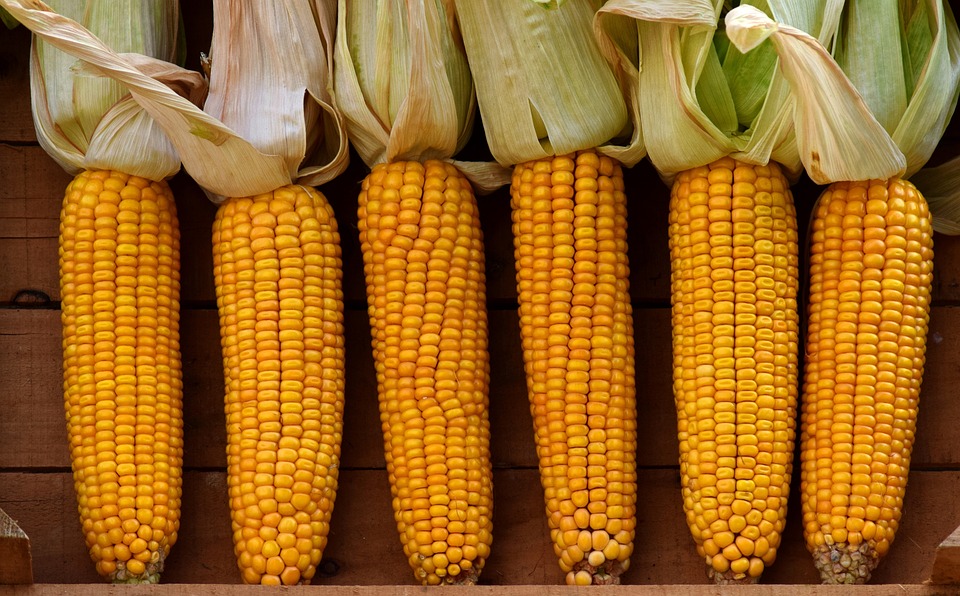 One of the best things about summer is corn on the cob because it is so sweet, juicy, and soft that you can eat it fresh. On the other hand, corn on the cob from out of season isn’t the same; it’s typically dried out and not nearly as sweet.

However, it turns out that you can prolong summer a little bit if you know how to freeze corn on the cob. It turns out to be very simple, and you can store the corn in the freezer for days when you long for warm weather.

The nicest thing about freezing corn on the cob is that you won’t have to go long without fresh corn because it will keep in the freezer for six to nine months. Take the corn out of the freezer when ready to use, quickly boil it to thaw it out, and then try one of our favorite corn recipes. 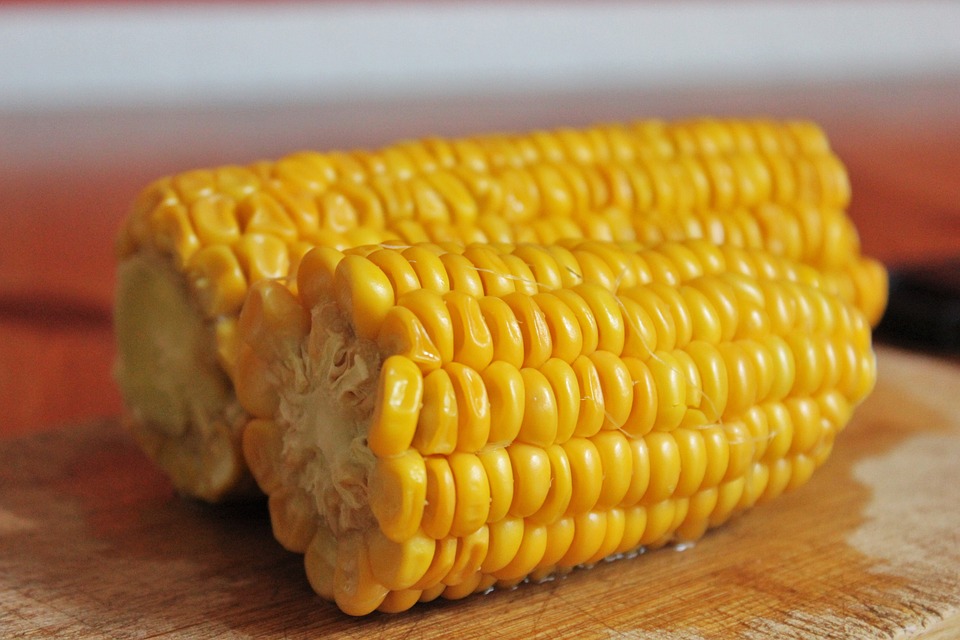 How to Freeze Corn on the Cob with a Foodsaver?

Fresh ears of corn can be purchased for pennies an ear over the summer at your neighborhood farmers market or grocery store. This is the ideal time to stock up. Additionally, you may buy fresh corn on the cob in quantity and freeze some using our step-by-step instructions.

Unfortunately, corn on the cob, like most fresh vegetables, has a limited shelf life since the sugars start to break down, dries out, and can overripen quickly. We process them in the freezer a day after receiving our maize.

Make sure to preserve your corn in the refrigerator with the husk on if there is a delay before you freeze it.

Your corn can be prepared in a variety of ways. We’ll walk you through our steps to vacuum-seal and freeze our maize.

Shucking the Corn on the Cob

Shuck your corn and remove as much silk as possible before anything else.

There are various methods and techniques for shucking corn, but we discovered that cutting the ends off first and pulling back the husk and silk beginning at the top of the ear worked best for us. Most of the silk was removed the first time using this method, which proved to be rather effective.

Corn on the Cob Blanching

Vegetables have enzymes that, when frozen for an extended period, can degrade the nutrients, colors, and flavors. It would be best if you always blanched corn before freezing it to avoid this.

Your corn needs to be blanched once it has been de-husked. Put the corn ears in a pot of boiling water for about five minutes.

To stop the cooking process and avoid overcooking the corn, place the ears in an ice bath immediately after boiling.

Place the corn on the cob into the Food Saver bag after blanching and cooling it in ice water. Align the bag’s opening with the FoodSaver device’s clamp.

Press the “Vacuum” button after adjusting the seal level to four or five to help preserve your maize. Press the “Seal” button once the air has been released from the bag.

Put the vacuum-sealed pack of corn in the freezer. For up to a year, the corn will stay fresh.

It’s crucial to remove as much air from the bag as possible before putting your bagged corn in the freezer, which is why having a FoodSaver vacuum sealer is quite helpful.

Whatever items you pack in this manner won’t dry out or get freezer burn, which will lengthen their shelf life.

How to Cook Corn?

Corn is incredibly adaptable and simple to make at home. Depending on your preference, you can grill, roast, cook in the oven, or cook in a pot.

Before preparation, thoroughly wash and dry the corn. Peel the husk and silk off the corn if you’re boiling it. Though some prefer to keep these parts whole while cooking, you can also grill them without the husk.

Depending on your preference, place the corn ears into a saucepan of salted, boiling water for 5 to 10 minutes. Check the corn frequently after the five-minute mark to ensure it’s still soft. Attempt not to boil them for longer than 10 minutes.

Here are some suggestions for creative ways to include maize in your diet:

What are the Risks of Consuming Corn?

You should be aware of the following significant corn adverse effects:

Consuming corn can cause allergies and symptoms, including skin rashes, mucous membrane swelling, vomiting, etc. Additionally, many people experience asthma episodes and anaphylaxis after consuming maize. The ingestible protein found in corn is the primary cause of allergies.

Many people consider corn to be a staple meal. You risk contracting pellagra if you eat a lot of corn. If maize makes up a large portion of your diet, be careful to add vitamin-rich foods to your diet as a supplement to stave off pellagra. Niacin deficiency, in particular, is what causes pellagra in the body. Lysine and tryptophan, two amino acids that assist the body fight pellagra, and niacin, are lacking in corn.

People living with Diabetes are negatively impacted by corn since it raises blood sugar levels. Because corn contains a lot of carbohydrates, blood sugar levels rise. Therefore, corn should not be consumed in large quantities by those with diabetes.

Starch makes up a large portion of corn. When you eat maize, your large intestine breaks it down and creates a lot of gas. Consequently, eating a lot of corn might result in bloating and gas.

What are the Health Benefits of Corn?

Do not be deceived by the sweetness. Changing to whole-grain maize products over foods made with processed white flour can improve gut health and reduce your risk of developing conditions like cancer, heart disease, and type 2 diabetes.

Because maize contains fiber, it keeps you fuller between meals. Additionally, it nourishes the beneficial bacteria in your digestive system, which could help prevent colon cancer.

Diverticulitis, a disorder that results in pouches in the walls of your colon, may also be prevented by popcorn. According to a big study, men who consumed more popcorn had a lower risk of developing diverticular illnesses.

Corn also contains magnesium, potassium, and vitamins B, E, and K in smaller proportions. Vitamin C, an antioxidant that helps shield your cells from harm and fends off diseases like cancer and heart disease, is abundant in corn. The carotenoids lutein and zeaxanthin, which are beneficial for eye health and aid in preventing cataract development, are abundant in yellow corn.

Color matters when it comes to nutrients. The natural compounds known as phytonutrients contain antioxidants found in plant pigments. Because of this, blue or purple maize has more antioxidants than white or yellow corn. (These darker-colored varieties of corn are available in taco or chip shells.)

Corn (Zea mays L.), the most important grain crop in the world, is crucial to human diets. Corn and corn-based food products are commercially accessible with a wide range of macronutrient compositions, distinct chemical structures, and various physical qualities thanks to the abundance of naturally occurring mutants. High-amylose, high-protein, and high-oil maize are the kinds that have garnered the greatest attention in terms of human nutrition. The main topics of this review are the starch, nonstarch polysaccharides, protein, and lipids in maize, as well as their structures, characteristics, bioavailability, and health advantages.

What Characteristics Indicate Bad Corn on the Cob?

There are several ways we can spot rotten corn. The most important warning indicators are as follows:

The fungus attack may be visible with the unaided eye in the center or on top of the grains. The leaves have a vivid yellow color.

There is not enough nourishment in the grains. Corn is considered bad if it is less than 75 to 80 percent mature.

Assume that the leaves are wrinkly or damaged. Regular is as rotten as an ear of corn if it is so light.

When the leaf’s husks and grains have fallen off.

Black spots appear at the distributed seeds’ base as the stem rots.

The inner rule of the bottom leaves is fragile and has long grey dots.

If you notice any warning signs above while purchasing maize, consider it damaged. But you can still enjoy corn’s wonderful flavor.

How to Serve Grilled Corn?

There are countless ways to serve grilled corn once you’ve prepared it. Here are some of our favorite methods for seasoning and presenting corn on the cob:

Mexican grilled corn: This dish, elote, is topped with a crumbly cheese sauce and has an irresistibly creamy sauce.

Old Bay and butter: On maize, this well-known seafood spice is ideal (use purchased or homemade)

Seasoned with ranch: Add butter, sour cream, and ranch seasoning to your soap!

Salad of grilled corn: Make it into this zingy dish by cutting it off the cob. Salad of Grilled Corn

Lettuce salad: Use the flavors of Mexican grilled corn in elote salad.

You’ll also want to make sure you’re preparing the corn properly. For instance, if you’re planning to freeze the corn, you’ll want to use a FoodSaver or other vacuum sealer to ensure your corn stays fresh for up to a year. This step is important because corn degrades in the freezer longer than it does when you eat it.

Before you can freeze corn, you’ll want to shuck it. Shucking the corn involves removing the husks and silks. This prevents the kernels from clumping together and prevents freezer burn. You’ll also want to cut off the ends and tassels.