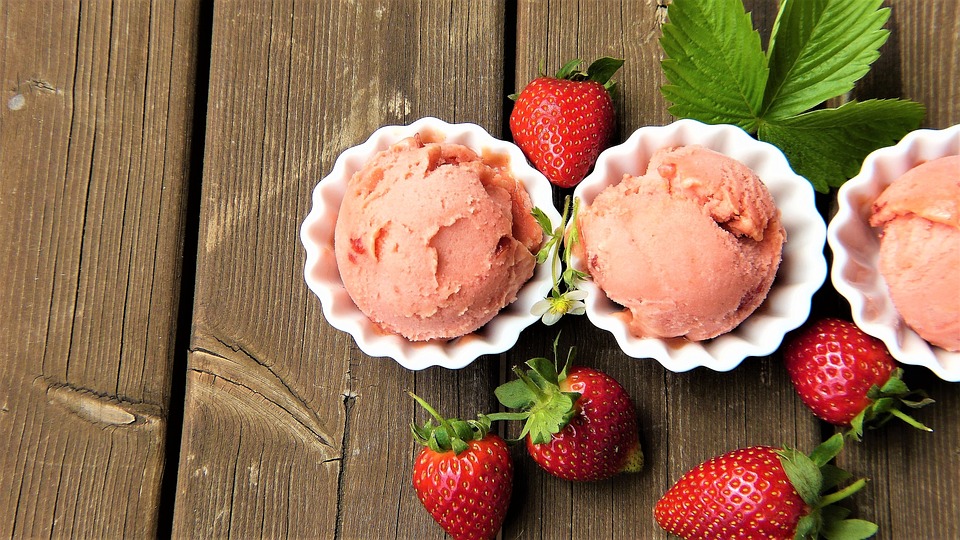 Ice cream is one of the tastiest sweet delicacies on earth, and it tastes much better when eaten on a hot day. After all, that’s why it’s called “ice” cream.

It may be helpful to know how to freeze ice cream to preserve its ideal shape and texture while creating and serving it. 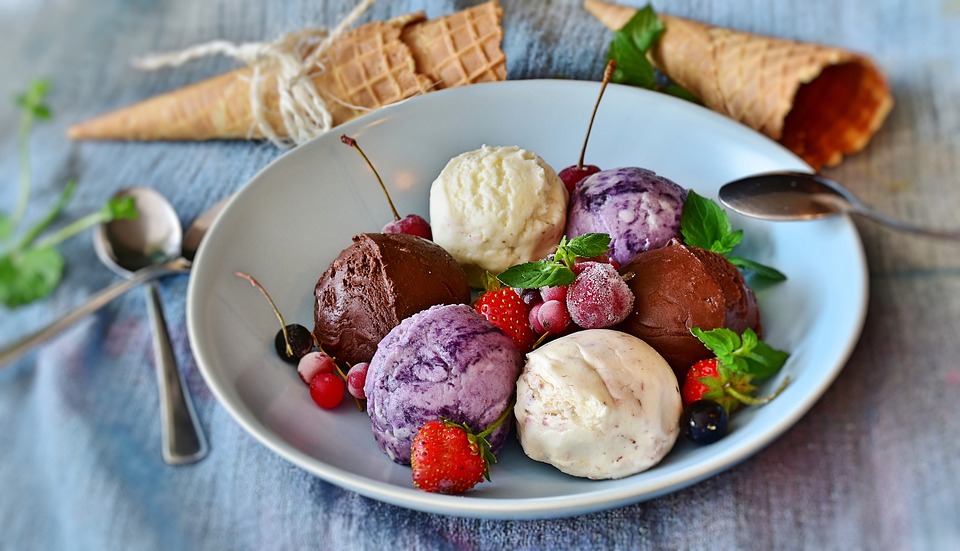 How Long does Ice Cream Take to Freeze?

Ice cream takes a while to freeze, depending on a number of variables. The freezing procedure for handmade ice cream is broken down into two steps (by the way, we have a terrific milk chai tea ice cream recipe for you to check out).

The soft freeze procedure in the machine, which can take anywhere between 20 and 45 minutes to generate the proper consistency, is the first step.

The ice cream is moved to a freezer-safe container once it has reached the proper consistency, packed tightly, and left with at least a half-inch of room at the top.

For up to 4 hours, this container of ice cream is placed in the freezer to properly firm.

How to Freeze Ice Cream?

Keep ice cream in the freezer at a temperature between -5 and -10°F for the best results. The ice cream will be able to maintain its temperature and texture and avoid melting too quickly thanks to the reduced temperature.

Your ice cream will stay fresh for roughly three to four months if your freezer is set at the proper temperature.

Make careful to put the ice cream in the freezer’s middle or rear. The freezer door side gets too heated from frequent opening and closing, which leads to the ice cream melting if left there.

In order to avoid freezer burn, which can negatively impact the flavor and texture of your ice cream, you may also want to keep it sealed in an airtight container.

It is advised to avoid keeping the freezer door open for extended periods of time when your ice cream is inside because it may affect not only the ice cream but also other frozen items there.

There are some further recommendations you might make to hasten the freezing procedure:

To speed up the process of making homemade ice cream, consider chilling the ingredients the night before.

Before using, make sure the ice cream base is chilled. Before using it, let it cool in the refrigerator for at least one hour.

What Prevents Ice Cream from Freezing?

There may be additional factors besides those listed above that prevent homemade ice cream from freezing properly. They consist of:

How can Ice Cream be Frozen Without Being “Icy”?

Homemade ice cream frequently has an “icy” texture and is very gritty, which is one of the biggest contrasts between it and store-bought ice cream.

Why is this the case, and how can homemade ice cream be frozen to maintain its creamy texture? The texture may be gritty if the sugar hasn’t completely dissolved or if it’s been over-churned.

The churning action causes ice crystals to begin to form, which is what gives ice cream its texture. When you churn for too long, a problem develops.

When you over-churn ice cream, the crystals get bigger and have an icy texture. A prolonged freezing period could increase the iciness.

To avoid the ice cream melting and refreezing each time you want to enjoy some, it can be helpful to store it in airtight, single-serve containers.

To keep the texture softer and smoother, adding a little alcohol to your ice cream base is a fantastic alternative. Alcohol doesn’t freeze, thus it will stop the ice cream from being overly frozen and hard.

If you add too much alcohol to your ice cream, it may not freeze at all, so be careful how much you add.

One of the most frequent causes of frozen foods going bad is freezer burn, which may also be the cause of the ice crystals.

Keep the ice cream in a sealed container and keep the freezer at or below 0°F to avoid this from happening.

Reference: Ice crystallization during the manufacture of ice cream

Controlling the formation of ice crystals while making ice cream is crucial for the creation of an appropriate texture, product quality, and storage stability. Processing methods may be improved by expanding our currently rather restricted understanding of the mechanisms that regulate ice-crystal formation as well as the influence of formulation and process parameters.

Is it Possible to Remove Ice Cream from the Freezer for a Long?

Your ice cream will begin to melt if removed from the freezer for an extended period of time. It will take roughly 20 minutes for it to become liquid.

This could occur much more quickly or it could take a lot longer, depending on the amount of ice cream and the surrounding temperature.

If it’s warm and sunny outside, melting can happen faster. You might be able to extend the period to more than 30 minutes if it is extremely chilly.

Is it Possible to Refrigerate Ice Cream?

Sometimes ice cream is too hard to eat straight from the freezer, depending on the flavor and how thick it is.

Ice cream can be softened before serving by placing it in the refrigerator. However, just do this five to ten minutes before serving.

It is always advised to soften ice cream in the refrigerator rather than on the kitchen counter because doing so reduces the likelihood of bacterial growth.

The ice cream should spend as little time in the refrigerator as you can because it could start to melt after a few minutes. The size, composition, and temperature of the ice cream will all affect how long it takes to melt.

A prolonged stay in the refrigerator can be hazardous and leave the ice cream vulnerable to bacterial growth as the temperature rises.

Can Melted Ice Cream be Refrozen?

Ice cream undergoes a full structural shift when it melts. It transforms from a creamy, silky dessert into a watery, disgusting mess. Additionally, it becomes vulnerable to bacterial contamination, which can result in serious sickness.

You run the risk of endangering your health by refreezing melting ice cream. Ice cream that has slightly melted and been kept cool can only be safely refrozen. It might not be safe to eat it if it was refrozen after melting outside the freezer.

There is a higher likelihood of bacterial infection and no preservatives are present in homemade ice cream. It is recommended to consume it as soon as it is prepared.

It is possible to refreeze melted ice cream from a store, but the result will be strange in flavor and consistency. Once it has melted entirely, microorganisms can start to grow on it.

How can I Tell if my Ice Cream is Bad?

It might be challenging to determine when frozen items have become stale. There are a few clear indications that ice cream is spoiled, including:

It is better to discard the ice cream and not eat it if you see any of the aforementioned symptoms in order to avoid cross-contamination.

Why is Vanilla Ice Cream so Well-Liked?

It has the same simple list of ingredients as an ice cream recipe: milk, cream, sugar, egg yolks, natural flavors (especially vanilla extract), and vanilla beans. The texture is creamy without being icy, and it is gentle on the tongue. The vanilla flavor isn’t overpowering, and the sweetness is modest. The most common ice cream flavor for a very long time has been vanilla, not just because it is creamy and tasty but also because it goes well with a lot of other desserts and delicacies.

Cary Frye, vice president of regulatory and scientific affairs for IDFA and a renowned authority on ice cream and frozen desserts, made this statement. beloved by all. Customers all throughout the world enjoy the flavor of vanilla, and it pairs nicely with almost anything. One of the most significant flavor trends nowadays is vanilla, which heightens the feeling of sweetness while masking the perception of bitterness.

Ice cream needs to be stored in the freezer to keep it fresh and tasty. You can store it in the back or bottom of the freezer. These areas have less fluctuation in temperature, which makes it last longer. It is also important to store it in a container that has a lid. The lid should fit tightly to prevent moisture, air, and contaminants from getting into the ice cream.