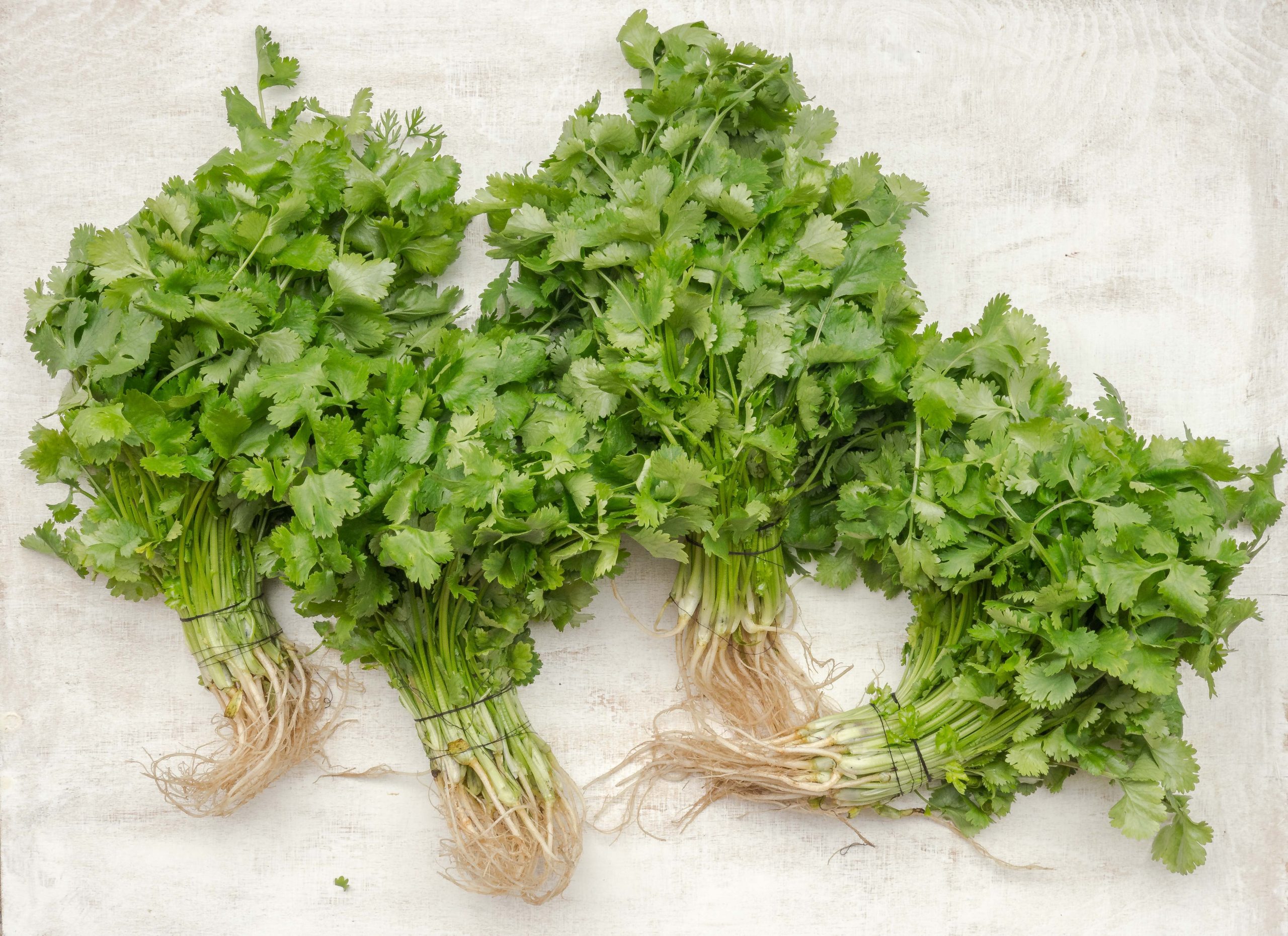 If you’ve ever wondered how to freeze cilantro, there are a few things you need to know. First, many recipes call for cilantro; you can freeze it in ice cube trays or butter. However, cilantro loses its flavor after freezing. To prevent this, you can freeze it in a way that preserves the flavor.

Storing cilantro in a zip-top freezer bag is incredibly easy to preserve for later use. Wash your cilantro and blot it dry with a fresh dishtowel. Put the sprigs in freezer-safe bags and seal them up. 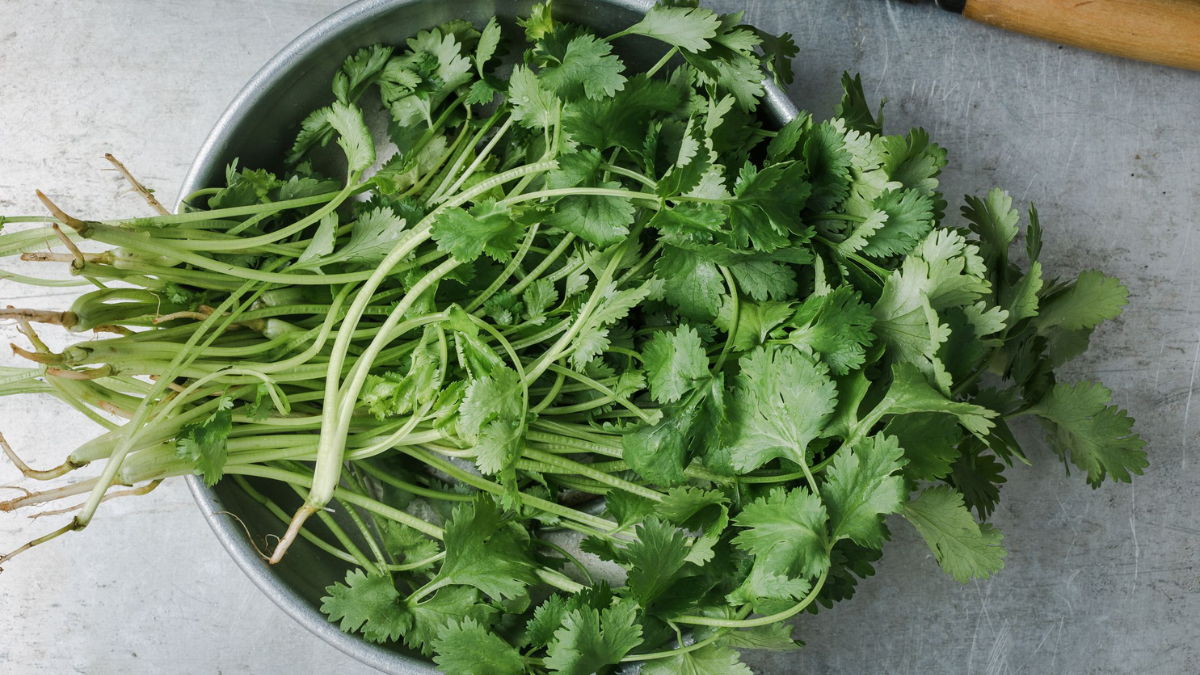 A member of the Apiaceae family, cilantro (Coriandrum sativum) is an annual herb. The cilantro plant’s seeds, stems, and leaves are among its edible portions. Cilantro is also referred to as Chinese parsley or coriander in certain places. Cilantro is a common garnish like parsley, especially in Mexican and Thai food. Cilantro is an excellent garnish for soups, stews, tacos, and other cooked foods because of its vibrant green color. In addition to flavoring salads and vegetable meals, dried cilantro is frequently used as a garnish.

How to Freeze Cilantro?

The frequently bountiful yield from this biennial herb can be preserved by freezing it. As opposed to drying, which robs the herb of its distinctive flavor, its flavor endures some time in the cold fairly well. There are two main techniques for freezing cilantro, depending on how you intend to utilize it.

Start with completely clean cilantro, no matter which method you choose. To eliminate debris, grit, or dust adhering to its leaves, give it a quick swish in lukewarm water. Then, completely dry it because too much water will produce harmful ice crystals. One method is to spin in a salad spinner and then lay it on many layers of paper towels iTo absorb any stray traces of extra moisture, roll up the cilantro in the paper towels, beginning at one end.

Freezing Cilantro Leaves in a Bag

This approach is simpler because all you have to do is put the leaves in a bag and freeze them. It is recommended to use cilantro as an ingredient incorporated into recipes rather than as a garnish with this method because the leaves won’t look beautiful once the herb has been defrosted.

In dishes where the cilantro is cooked, such as turkey tacos or potatoes in cilantro sauce, or in recipes where the leaves are thoroughly blended in, such as chile cilantro guacamole, cilantro frozen in this manner works well. Remember that during the freezing process, you will probably lose a lot of the herb’s distinctive green color.

After all the leaves have been removed, if you still have a lot of frozen stems, they are ideal for adding to a pot of cooked black beans.

Small cubes are produced by this freezing technique, which is perfect for sprinkling into stews or soups to lend a burst of cilantro’s distinctive, fresh flavor. The cilantro needs to be blended with a liquid for this approach before being placed in the ice cube tray.

In particular, when the herb is frozen in oil, this approach keeps the herb’s green color better than merely freezing the leaves. Pozole (a pig hominy stew) and green chile tomatillo soup benefit from adding a cube or two. Additionally nice in sweet potato curry are cilantro cubes.

Pesto made from cilantro is delicious, freezes well in cubes, and enhances the flavor of pasta, salads, and other dishes. Additionally, the oil creates a barrier between the fragile cilantro leaves and the freezer. To make pesto ice cubes, prepare pesto, adding more oil if necessary. Completely freeze, remove the squares, and keep them for up to six months in a zip-top freezer bag or container.

How to Use Frozen Cilantro?

Since it is nearly never added to the recipe while it is cooking, fresh cilantro is usually always used as a “finishing herb.” Instead, it is incorporated into the dish just before serving or used as a garnish. This is due to cilantro’s extremely delicate flavor, which heat neutralizes.

It is recommended to thaw frozen cilantro before using it in a recipe because you don’t want to cook or overheat it. When you begin cooking, setting frozen sprigs on the counter should be sufficient because they will quickly thaw. It could take a bit longer for frozen cubes to defrost. They can be stored in the refrigerator for a few hours before use.

It is recommended to use thawed cilantro blended with other ingredients rather than on top of the meal because it doesn’t have the same feel as fresh cilantro. Add the cilantro to help reheat it without changing the flavor as soon as the meal is taken off the heat.

These delicious recipes will help you use up your frozen cilantro:

How to Pick Cilantro?

Follow the following advice to prepare your cilantro before starting the freezing procedure.

Fresh cilantro is best since it wilts a little during freezing; it won’t spoil when you take it out later.

When looking for cilantro in the market, choose fresh, vibrantly green leaves. It tastes great and is fresh.

Any yellowed, crushed, or even wilted cilantro should be avoided.

How Long does Frozen Cilantro Last?

It will keep forever if you store frozen cilantro in an airtight container. But it tastes best when consumed in less than six months. Although it won’t necessarily go bad after six months, it won’t stay fresh for much longer. It won’t be as vibrant or aromatic as you’ll notice.

Can you Dry Cilantro?

Although cilantro may be dried, it loses a lot of flavors, so I advise using fresh or frozen cilantro instead. Three procedures are frequently employed to dry cilantro:

How do you Preserve Cilantro Without Freezing it?

Want to preserve your cilantro crop in another way? There are a few more alternatives that don’t entail freezing, but each has advantages and disadvantages of its own.

Cilantro can also be dried and used as a spice, like parsley. While this procedure results in preserved cilantro that may be stored for an extremely long period, drying the herb reduces its flavor.

A dehydrator set to approximately 110 degrees for one to three hours can be used for conventional drying. The herb’s flavor will be retained much more if you freeze-dry it, which is an even better alternative if you have the resources.

Herb keepers can increase the amount of time cilantro will stay fresh by a few weeks, but they won’t be able to preserve cilantro for months. But most significantly, having a herb keeper allows you to garnish meals with fresh cilantro rather than just using it as a flavoring.

Herb keepers retain delicate greens by giving water and the ideal humidity to keep the sprigs alive. However, not all of these goods are the same. Find the finest solution for you by reading our reviews of the top herb keepers.

Some individuals use cilantro in their regular food, so you can easily incorporate it into your dinner and lunch by freezing it in bags or the form of ice cubes. Try it out now! Use these simple and practical strategies to simplify your life.