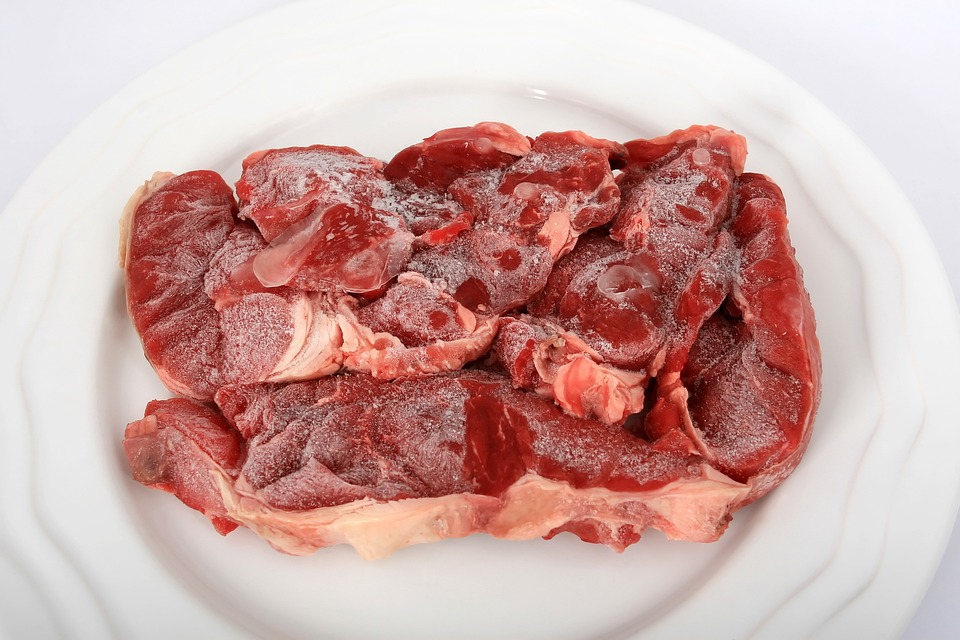 Many people wonder how long I can freeze meat and fish. There are several important factors to consider. If you plan on freezing meat, you must keep it wrapped tightly to avoid air exposure. If air can penetrate the meat, it could spoil and cause a freezer burn. Moreover, it is best to wrap cooked meat in tin foil and label it with a date. In addition, you should defrost the meat slowly so that the quality is not affected. 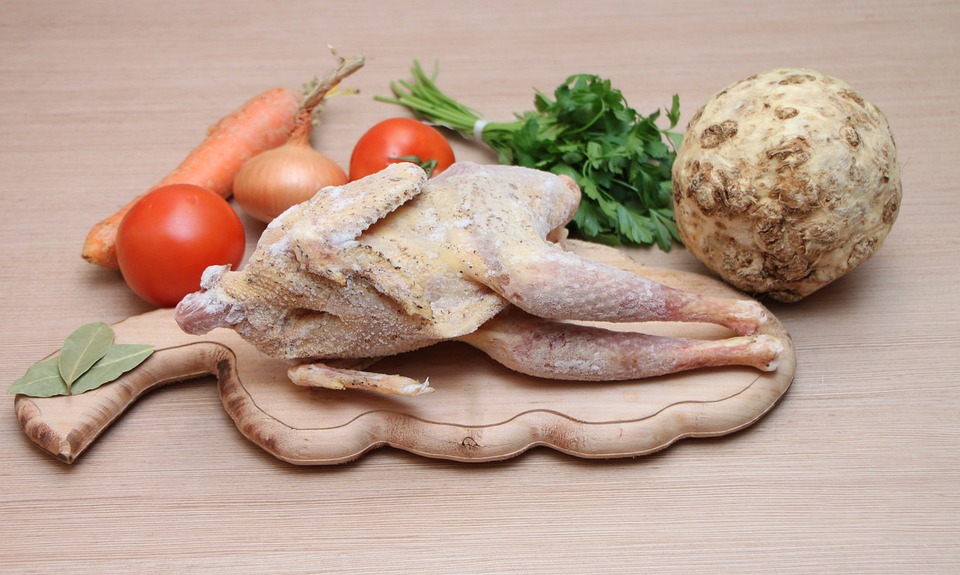 Meat can be kept fresh and maintain its nutritional value by being frozen. Uncooked meats can be stored in the freezer and maintained at a high quality for anywhere between 1 and 12 months, depending on the cut and kind of meat.

To preserve the safety of the meat and avoid bacterial growth, it is crucial to adhere to the proper storage and freezing instructions.

The significance of properly storing meat will be covered in this article, along with some recommended practices for freezing various kinds of meat.

How Long can you Freeze Meat?

Generally speaking, a piece of meat will last longer the less processed it has been. A complete, raw chicken can be stored in the freezer for up to a year. In contrast, cured and cooked beef hot dogs should only be frozen for one to two months.

Here is a quick list of popular raw meats and how long they will keep fresh in the freezer.

There are other options besides just freezing raw meat! To extend the life of cooked beef, it can also be frozen.

For instance, you may prepare a sizable roast and freeze half of it for later use. Remember that since it hasn’t yet lost moisture during cooking, raw frozen meat retains a tender texture for longer than cooked frozen meat.

The following are some suggested freezing intervals for cooked meat:

As you can see, there are no firm guidelines; rather, there is a range that can be affected by the meat’s freshness at the time of freezing and the way it is packaged. Always mark and date your frozen meals to ensure that you aren’t storing food in the freezer for excessive time!

How do I Properly Freeze Meat?

First, ensure that all goods, including meat, are frozen at or below 0 degrees Fahrenheit. The temperature at which food is safe is this. Meat can be frozen in its original packaging, but the FDA advises switching to heavy-duty packagings such as foil, plastic wrap, or freezer paper if you want to store it in your freezer for more than two months. Use one of our top-rated, finest vacuum sealers to maintain freshness.

When putting meat in a freezer bag, it’s crucial to remember that air is your enemy. Because air causes freezer burn, you want as little as possible of it in your packaging!

You can successfully freeze meat in its natural state if packaged in a vacuum-sealed container. The contents of Styrofoam trays can be repackaged by wrapping them in plastic and putting them inside freezer bags because they aren’t as airtight as other containers.

When frozen, ground meat might be difficult to distinguish between raw and cooked. Meat that has already been cooked can also be frozen in a freezer-safe container or a freezer-safe bag. Before you zip it up, make sure to push out as much air as you can, and identify what is cooked and what is fresh.

To avoid the development of ice crystals, which will alter the texture, you want your packages to freeze as rapidly as possible when you place them in the freezer. Don’t stack the things until they are solid; lay them out flat. You should ideally freeze your meat in a stand-alone freezer that isn’t opened frequently. You are more prone to lose temperature if you open your freezer frequently. Protein can also be sealed within an airtight plastic bag.

Can I Put Something in the Refrigerator Instead if the Package Says to “Keep Frozen”?

Cooking instructions for foods with the phrase “keep frozen” frequently begin with the food being frozen. This is done partly for reheating and partly for food safety concerns. It’s better to follow the directions on your food container.

You can defrost food in the refrigerator if the packaging directs you to do so before cooking.

Studies have shown that keeping meat below 0degF (-18deg C) for up to 2 months in a freezer prevents the growth of harmful microbes. Researchers from the Food and Drug Administration and the USDA state that storing meat at this temperature will inactivate harmful microbes. The research was conducted during the 59th International Meat Industry Conference, held in Serbia from Oct. 01 to 04, 2017.

In one study, researchers used EOs to reduce C. perfringens spores. These oils contained carvacrol, thymol, and oregano oil, which inhibited the growth of C. perfringens. Cooked ground beef with these oils showed less than one log CFU/g increase in bacterial count. However, the effects of EOs on meat depend on the type of meat.

Can Meat be Refrozen After Thawing?

According to the USDA, raw meat thawed in the fridge can be safely refrozen. It is preferable to cook the entire serving if you use the cold water or microwave techniques and then freeze the cooked leftovers after they have cooled for around 30 minutes or have stopped steaming.

It is preferable to only defrost and refreeze your meat once instead of doing it multiple times. Some moisture will be lost each time the meat is thawed, and frequent freeze/thaw cycles could result in a chewy texture.

How to Thaw Meat Safely?

Meat can be safely defrosted in the refrigerator. Planning is necessary because even tiny cuts need to heal for at least one night, and bigger joints will take much longer. Because it will exude liquid when thawed, put the meat in a bowl. After defrosting, meat should be consumed within 24 hours.

Meat can be quickly defrosted in a microwave by utilising the defrost option. However, as the cooking process may have already started, it must be used immediately.

It is not recommended to refreeze meat that has been frozen and then thawed unless it has already been cooked.

While there are several tips for defrosting meat, it’s important to use common sense to keep your food safe and sanitary. If possible, defrost meat on the bottom shelf of the refrigerator. Leaving meat on the countertop or outside to thaw. Otherwise, the inside will be frozen and spoiled. Meat that’s too large for your counter may take several hours to thaw.

The best way to ensure your meat is fresh is to store it in a stand-alone freezer. For example, if you’re defrosting ground beef, you’ll need at least a couple of days to consume it before it reaches the end of its shelf life. But if you’re storing steaks or ground beef, you’ll have to ensure they’re frozen before you defrost them because the freezer doesn’t reset their expiration dates.

In today’s hectic world, meat is often bought in bulk for future use, requiring freezing, resulting in a nutritional loss. Since the thawing process receives less attention than freezing, the quality of frozen goods is frequently the main concern. However, due to various factors, thawing is a substantial cause of quality deterioration throughout the freezing process.

The USDA states frozen meat stored at 0°F or lower will always be considered safe to eat. The low temperature inhibits the growth of germs and microbes like bacteria and mould.
Although freezer burn doesn’t render frozen meat hazardous, it does give the flesh a leathery, dry quality. But it doesn’t imply the flavour will last. Look for ice crystals on the meat’s surface or a shrivelled or discoloured appearance to spot freezer burn.
Spots that have been frozen can be removed either before or after cooking. Or you might want to discard the meat if it has suffered significantly from freezer burn.

Is Frozen Meat Able to Make you Sick?

With frozen food, there is no such safety concern. In reality, the procedure can improve poultry safety, a product we frequently store in the freezer.

You may be worried that frozen meat doesn’t have the same quality as freshly prepared meat. But cooked meats maintain their quality and flavour in the freezer. Here are some tips to help you freeze your meat and enjoy it the next day. Firstly, cook your meat well before storing it. This will help the meat maintain its nutrients and prevent freezer burn. Second, wrap the cooked meat properly. Frozen meat can get freezer burned, which has a bad taste and dries out the meat.

The quality of meats refrozen in the freezer doesn’t keep as good as raw meat. Although they’re safe to refreeze, cooked meat can lose moisture and flavour when thawed. Besides, refrozen meat can go bad if you don’t use it immediately.

Is it Possible for Bacteria to Develop on Frozen Meat?

Bacteria present in the meat before freezing may become active and begin to multiply as soon as it warms up above 4°C. As a result, frozen meat should be defrosted at 0°C to 4°C in the refrigerator. It’s best to use them within two weeks of refrigerating them. Thawing at room temperature or in hot water is not advised.

The best way to store and keep meat from going bad is to freeze it. The rules for storage are based on the quality and flavour of the meat itself, even though fresh meat can technically be kept indefinitely at the proper temperature.

The likelihood of spoiling is also decreased by taking safety procedures. Storage times may vary due to different freezers’ inconsistencies in maintaining a continuously low temperature.

People should avoid any meat that looks or smells off, even after using the proper safety and storage practices.