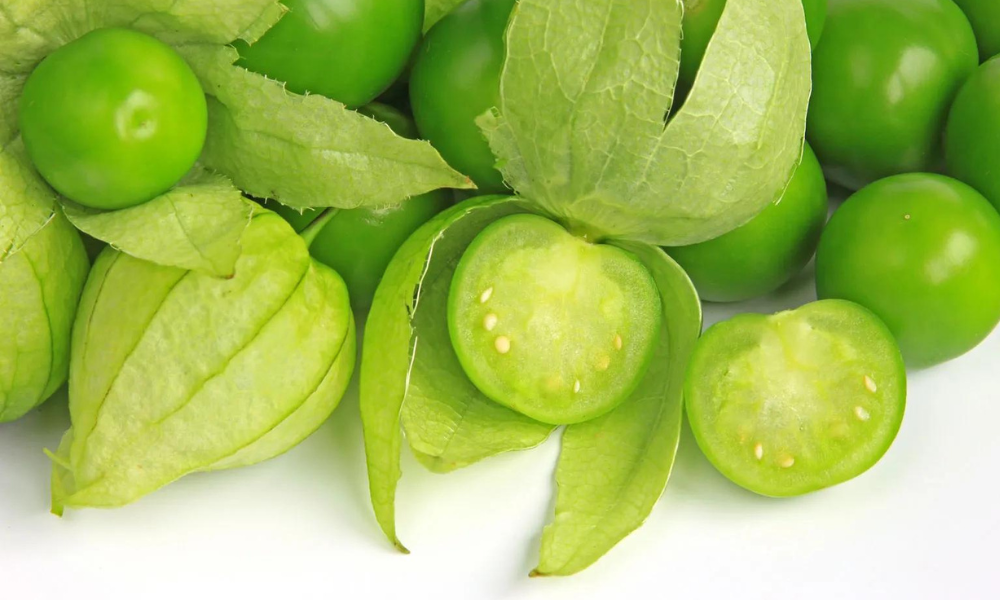 If you want to enjoy your tomatillos long after they are harvested, you need to know how to store them. There are a couple of ways to store tomatillos. First, you can place them in the refrigerator. You can also keep them in your pantry or freezer. Then, you can use them for many months.

Tomatillos can be kept in their husks for two to three weeks in the refrigerator in a paper bag. Tomatillos can be frozen as well. Remove the husk, wash, and dry the fruit before freezing it. Before frozen, spread them out in a single layer on a baking sheet lined with parchment paper. 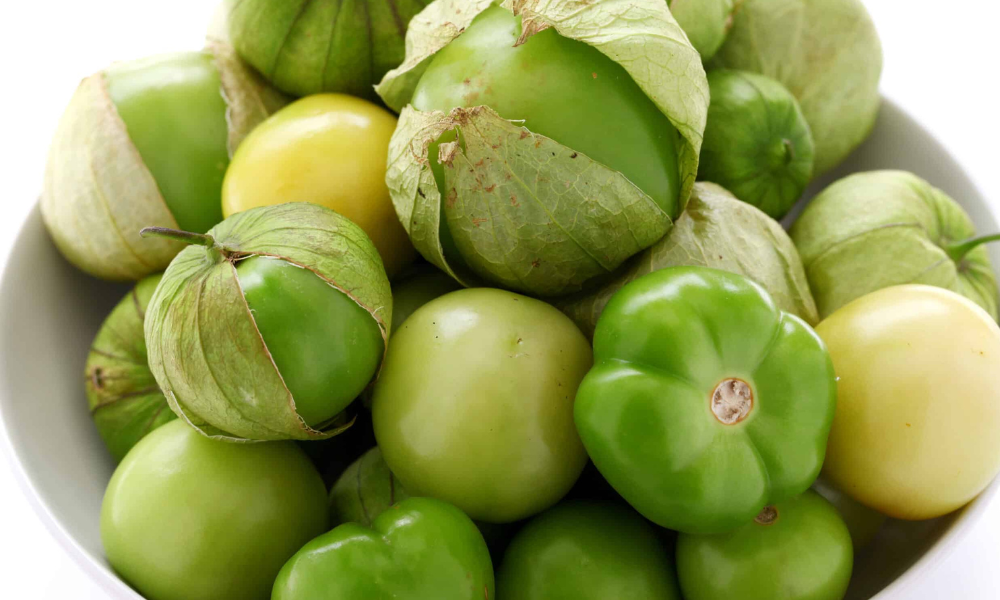 Tomatillos are tiny, edible fruits that grow in papery husks. They are often referred to as Mexican husk tomatoes. They resemble miniature cherry tomatoes when their husks are removed but are brilliant green instead. The plants used to make tomatillos, Physalis ixocarpa and Physalis philadelphica, are related to tomatoes and come from Mexico. The fruits are a key component of tomatillo salsa verde and other mouthwatering Mexican meals.

The Solanaceae family includes tomatoes, potatoes, eggplant, chili peppers, and tomatillos. The pronunciation is “toe-mah-TEE-you.” Native to the Americas, tomatillos (Physalis ixocarpa) are also known as jamberry, Mexican husk tomatoes, and husk tomatoes. Most frequently, they grow in Guatemala and Mexico. Almost always, they are taken when still green but depending on the variety; they can turn yellow, purple, or red as they ripen. However, unlike most fruits and vegetables, a tomatillo is at its tastiest when it is still green and unripe.

Tomatillos are smaller than tomatoes and have a diameter of around two inches. Their papery husk cracks as the fruit develop. When the fruit is young, the husk is green, but as it ripens, it turns brown. Unripe tomatillos have a solid texture and a sharp, acidic flavor. They are, therefore, excellent for salsa, particularly the Verde variety, as well as for soups, stews, stir-fries, chutneys, and dips like guacamole. They have a sharp, acidic flavor if you don’t like them raw, but when you braise, roast, or grill them, the sourness disappears and is replaced by a light sweetness. Tomatillos contribute to the chile’s reduction in heat when introduced.

How to Store Tomatillos

Depending on how long you plan to keep them, you can keep tomatillos at room temperature, in the fridge, or the freezer.

Tomatillos can be kept on the kitchen counter for up to two days at room temperature. This is the fun ripen them slightly if you need to ripen them or consume them immediately. Your fresh tomatillos should be placed in a ventilated produce basket or paper bag with their husks. When the husks of the tomatillos have split open and are beginning to curl, they are ripe.

Fridge: Placing ripe tomatillos in the crisper drawer of your refrigerator in a paper bag is the best method to store them. The paper bag will retain moisture. Leave their husks on. They can remain edible for three weeks.

Freezing: Tomatillos can be frozen and have a year-long shelf life. Eliminate the husks from the tomatillos before freezing them, and then rinse them in a sieve with cold water to remove any sticky residue. With a paper towel, pat them dry. You can either store your tomatillos whole or pre-chop them to save for salsa. To chop your tomatillos, slice or dice them using a sharp knife.

What is the Best Way to Eat a Tomatillo?

Now that we know what tomatillos are, how do we eat them? Is it a fruit that needs to be cooked, or may we eat it raw? We already know that tomatillos have a mildly sour flavor. Tomatillos will be simple for you to eat if you don’t mind a little acid in your food. It would be best for you to cook with tomatillos if you don’t enjoy highly acidic cuisine. Whatever you decide, as long as you enjoy the fruit, it doesn’t matter. Although tomatillos are typically unappealing, some people nonetheless enjoy them.

The best way to eat tomatillos is to combine them with other meals. The fruit’s acidic flavor enhances the flavor of other meals. Since tomatillos and tomatoes are both nightshade family members, we can substitute one for the other. Tomatillos pair well with jams and sauces. They are deliciously served raw, roasted, mixed, or preserved as jam. Salsa verde is by far the most common tomatillo-based cuisine.

Where Can I Buy Tomatillos?

From the end of summer to the beginning of the fall, tomatillos are offered in produce sections of grocery stores and at farmer’s markets.

They are frequently sold in large mounds, and there may be many variations within those piles. Look for tomatillos with fresh husks, which are mainly complete and firm but not brittle.

The husk can be split open, but you don’t want to handle them so much that the papery husk is pulled off or broken into bits, nor do you want them to have been sitting around for so long that it has dried out and become brown. There should be fresh tomatillos in the produce area of the supermarket. Look for avocados, tomatoes, and garlic. Tomatillos are also offered in cans in some retailers. Either the canned vegetable aisle or the section with Latin products is where you may get these.

What Makes a Tomatillo Different From a Green Tomato?

Tomatillos, regular tomatoes that haven’t matured yet, are frequently mistaken for green tomatoes because they are little and green like other vegetables. Though they belong to the same botanical family, these two fruits are separate species. Green tomatoes have not turned red after the growing season. So they are frequently spotted when tomatillos are in season, which is in the late summer and early fall.

The two have a lot in common and green tomatillos are just below “pe tomatillos,” if you think back. Both have a firm, almost crunchy texture and a sour, acidic flavor. They can be utilized in a variety of ways. Tomatillos are significantly smaller than green tomatoes and have a husk, which is the fundamental distinction between the two fruits.

What Flavor Do Tomatillos Have?

Tomatillos, particularly unripened green tomatillos, have a delectable crunch with a tangy, acidic acidity. Tomatillos have a flavor comparable to what I anticipate from a vibrant green color.

Compared to tomatillos, green tomatoes are less juicy. The two shouldn’t be used interchangeably in recipes.

A tomatillo’s green, cape gooseberry-like flesh is enclosed in a thin, papery husk. They are a fantastic source of fiber and vitamins. Tomatillos can be used in salsas, either whole or finely chopped. Tomatillos taste a little bit sweeter after being cooked.

You can eat them either raw or cooked. Mexican gastronomy frequently uses the ingredient tomatillos.

Green unripe tomatillos have a husk that resembles that of cape gooseberries. In contrast to a tomato, they have a slightly tart flavor. A tomatillo has a sweet-tart flavor that is used in many Mexican cuisines. Because the husk is made of paper, it is simpler to remove. The husk is typically papery and thin and can be readily removed. Eating tomatillos raw or cooked is simple.

What are Tomatillos’ Health Advantages?

The high fiber content in tomatillos may help with digestion! The 2.6 grams of fiber in one cup of tomatillos helps women meet 10% of their daily fiber needs, and men meet 7%.

Twenty percent of the recommended daily intake of Vitamin C can be found in tomatillos. Vitamin C, which is present in tomatoes, helps to strengthen the immune system by promoting the production of white blood cells.

Beta-carotene, a vitamin A derivative found in tomatillos, functions as an antioxidant and safeguards vision. The prevention of macular degeneration, cataracts, and other conditions that could impair vision has been linked to beta-carotene.

Tomatillos contain niacin, a vitamin from the B family that could provide you with an energy boost. Niacin is used by our bodies to create chemical reactions that convert food into energy and maintain a healthy metabolism.

When Do Tomatillos Reach Maturity?

Because the fruit almost always appears green, when tomatillos are allowed to mature, their green tint may turn yellow, and on rare occasions, the color may shift to red or purple. It can be more challenging to find purple tomatillos. One of the key signs that a tomatillo is ripe is the shape of the husk. When the husk completely envelops the fruit, it is ready to be picked.

You must also pull aside the husk to see the fruit more clearly. The fruit is ready to add flavor to your dishes if it is bright green and feels firm to the touch.

If the fruit is mature, imperfections and black stains on the surface may be visible. In such cases, it is advisable to refrain from consuming the fruit. Sweeter tomatillos are those that are smaller in size. If the fruit is firm and has no soft spots, you can add it to your meals without risk. It can also be stored in the refrigerator for subsequent use. These tomatillos are excellent flavor enhancers for people who struggle with their dishes. It’s time to incorporate this delicious fruit into our meals.

Can Tomatillos Be Eaten Raw?

The distinct flavor of raw tomatillos might be challenging to get used to. According to the Oregon State University Extension Service, uncooked tomatillos are sour, but they take on a lemon flavor when they are cooked. Raw vegetables are likewise safe to eat as long as they are properly prepared and washed. Please wash your hands before handling the tomatillos, and only use clean knives and cutting boards to prepare them to reduce the risk of bacterial infection. To eliminate dirt, bacteria, and pesticide residue, Colorado State University Extension advises rinsing the tomatillos under cold running water and gently wiping them with your hands.

When tomatillos are fully grown, please place them in a loosely wrapped paper bag and store them in the crisper drawer of your refrigerator for up to three weeks. The crisper drawer maintains a cool, dry environment while the bag absorbs moisture and preserves the freshness of the fruits.