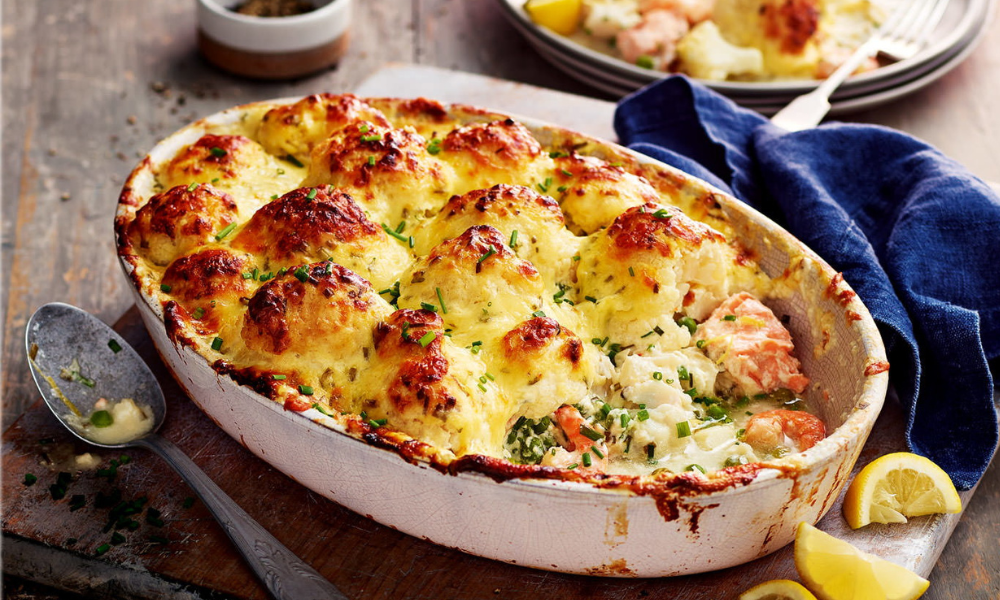 When preparing fish pie for reheating, it’s important to remember to wrap it well in plastic wrap or foil. Alternatively, you can freeze it in smaller portions in airtight containers and label them with the use-by date. Never freeze a fish pie while it’s warm – the freezer’s temperature will cause large ice crystals to form, ruining the delicate texture of the fish. 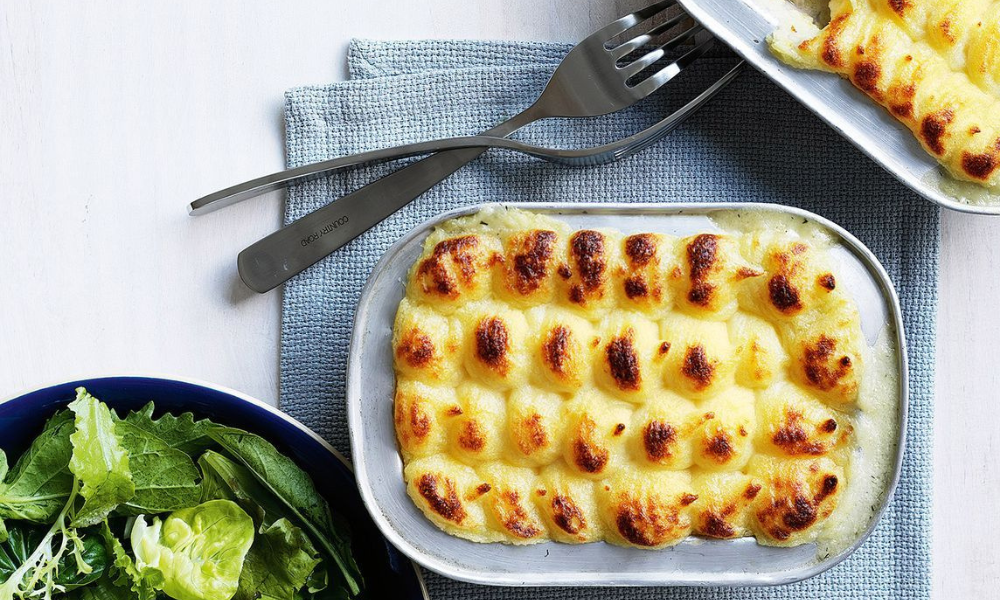 The oven is the ideal place to reheat fish pie. Set your oven’s temperature to 350°F (180°C) first. The fish pie should be transferred to an oven-safe dish and covered with foil. A single slice of pie can be reheated in 10-15 minutes, whereas an entire pie takes 30–40 minutes. For frozen fish pies, increase the reheating time by two.

How to Reheat Fish Pie?

Reheating Fish Pie in the Oven

Set the oven’s temperature to 350°F (180°C). Reheat a slice in the oven for 10 to 15 minutes (30-40 minutes for a whole pie). Let the fish pie come to room temperature before covering the oven-safe dish with foil. Remove the foil to crisp the top during heating the final few minutes.

To revive the dish, you may also add some fresh cheese.

In the oven, reheat fish pie as follows:

Put a microwave-safe dish on which to place your fish pie. Thirty seconds of reheating at 50% power are recommended. Once the pie has reached the desired temperature, check the temperature and reheat for an additional 30 seconds. After the pie has heated, take it from the microwave and (if desired) crisp the top under the broiler.

In the Microwave, reheat fish pie as follows:

Reheating Fish Pie in a Skillet

On low heat, preheat a skillet with a thin layer of oil. After removing it from the refrigerator, place the fish pie in the skillet. Add a splash of water or stock, then put a lid on the pan. To achieve even warming, the mixture might need to be stirred. For four to five minutes, reheat the pie.

Is it Safe to Reheating Fish Pie?

Reheating fish is generally not advised because freshness is a key component of good fish. Reheating the fish risks overcooking it, which will ruin a good piece of fish, as anyone who frequently cooks fish is aware.

After dinner, you don’t have to discard any leftover fish fillets or shellfish. Up to four days after cooking, seafood can be safely reheated, and meals with garlic or onions in the shellfish may taste better with additional cooking. Reheating seafood only has the potential to make it dry or fishy-smelling.

How to Store Fish Pie?

Please wait for the fish pie to come to room temperature before carefully covering the baking dish with aluminum foil to keep it. Alternately, put the fish pie in an airtight container. Fish pies can be stored in the fridge for up to three days. You can freeze the pie for longer-term storage.

Never cover a fish pie until it has reached room temperature. In any other case, condensation would gather in the container, giving you mushy potatoes.

Put the pie dish in the sink with cold water surrounding it if you anticipate it taking longer than two hours for the pie to cool entirely.

How to Spot a Bad Frozen Fish?

The following are indicators of bad frozen fish:

Fish is an extremely nutrient-dense food, and regular consumption may lower your chance of developing several illnesses, including depression, heart disease, and stroke. As a result, doctors generally suggest that people eat fish at least once or twice weekly. However, the nutritional profile of your fish may change depending on how you cook it, making certain techniques healthier than others.

Fish can be baked in an oven using a dry heat method. Some studies indicate that baking fish causes less loss of omega-3 fatty acids than frying or microwaving.

Keeping the vitamin D content of fish may be easier by baking it. One study found that whereas fried salmon loses almost half of its vitamin D, baked salmon keeps all of it. Oven baking is therefore recognized as a healthy cooking technique. Use a nutritious, heat-stable oil like olive oil sparingly for baking fish. Like other cooking techniques, coating your fish in oil while cooking it may change the composition of its fatty acids.

How to Make Fish Pie at Home?

To reheat your fish pie, place the dish on a microwave-safe plate and heat it for two to four minutes, rotating the pie halfway through. If you don’t mind reheating your pie at room temperature, you can also reheat it in the oven, which is probably the best method. Microwaves don’t destroy the flavor of food, so you can enjoy your pie as if it were freshly cooked.

To reheat your pie in the oven, place it in the center of the oven. Bake the pie for 40 to 45 minutes until the potato topping is golden and the filling is bubbling. Once the pie is cooked, cover it with a double layer of foil and freeze it. When frozen, you can reheat it again and serve it cold or freeze it. This recipe will keep for up to three months. But before trying it, read the ingredients label carefully, as some recipes call for more or less salt than others.