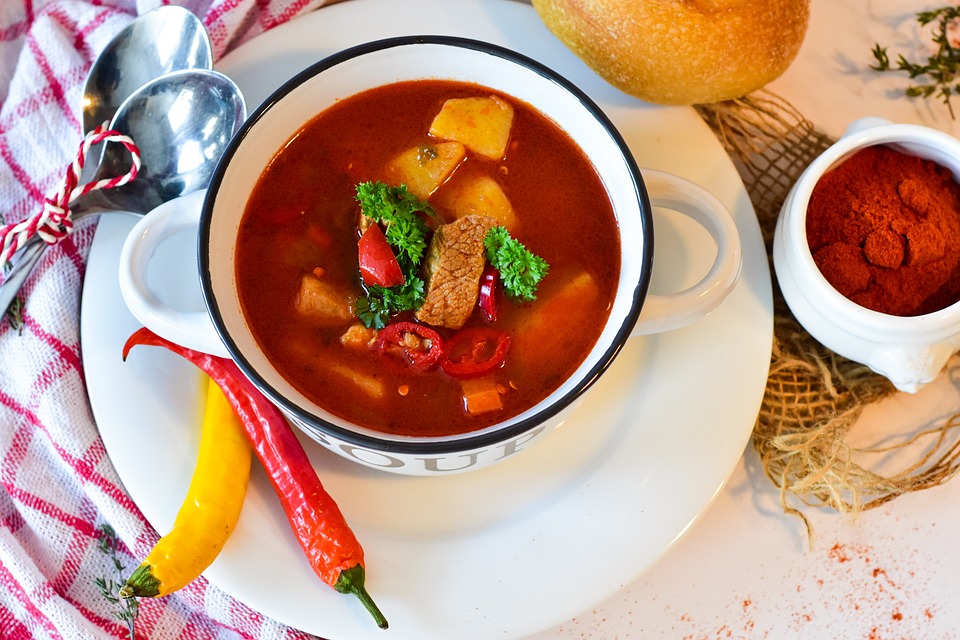 Stews are the cuisine you always cook more than you consume because of their nature. And even if that isn’t a problem at all, it does mean that you must be aware of the answer to the following:

How long is stew good for? Stew keeps for at least three days in the refrigerator when refrigerated properly. The stew often lasts up to five days, though each situation will affect the actual duration.

However, there is still much more to be stated on this subject. Don’t worry; everything you need to know will be revealed in this post.

So why are we still waiting? Just let’s get going! 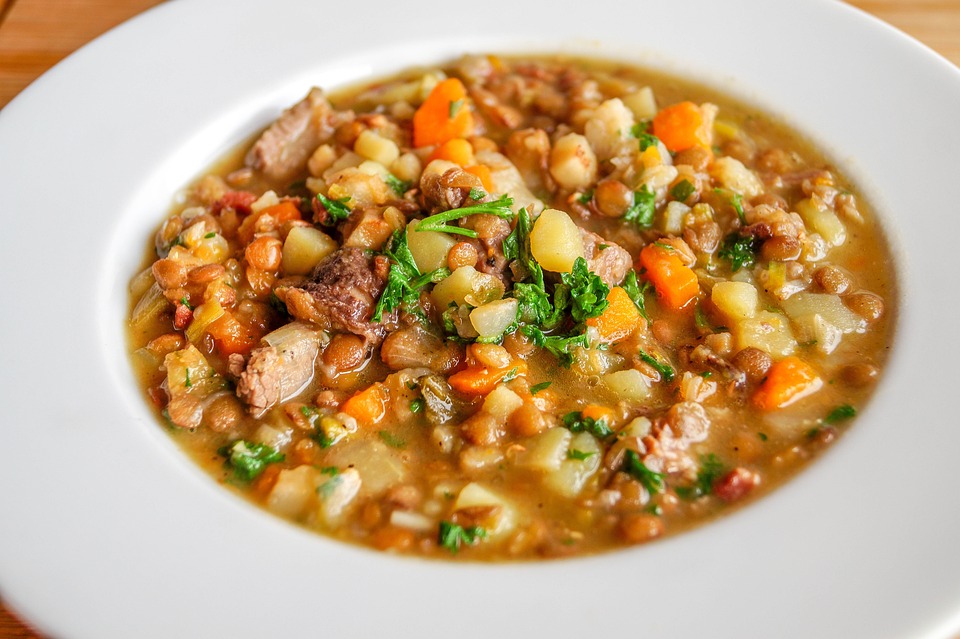 How Long will Stew Last in Fridge?

If you properly store the cooked beef stew in the refrigerator, it should keep for three to four days. The stew shouldn’t be left out for an extended period, but it is also strongly advised that you keep it in some airtight containers.

Vegetable stew stays in the refrigerator for at least three days, provided you don’t leave it out at room temperature for too long (what exactly that means is discussed below). The vegetable stew should typically still be edible after four days, but after a longer period in the fridge, it should be thrown out.

Chicken stew stays in the fridge for three to four days, much like many other stews. In some circumstances, it might even last for five days, but if you’ve had it for more time, you should get rid of it as soon as possible.

This is because the chicken stew is so old that it has most certainly deteriorated and is harmful to eat.

You don’t have to worry about eating pork stew immediately because it stays in the fridge for three to five days. However, if you’ve had pork stew for more than five days, you should throw it out because eating it could be harmful.

Nigerian stew lasts for about a week in the fridge, which is a decent period and is able to stay delicious for a little longer than other types of stew because of the components used to prepare it.

But if even this is not sufficient for you, we believe the following response would!

On winter days, you could want robust stews, and a thick, hearty stew may be the ultimate comfort food. On the other hand, without providing much nutritious value, salt, fatty meat cuts, and processed carbohydrates like white rice or pasta may quickly fill your bowl (and your stomach). The best stew meat cuts, such as chuck or shoulder, are lean, have a lot of collagen-rich connective fibers, and have some fat marbling for flavor.

Legs and other muscle-rich animal areas are where lean meat cuts are found. Stew: A bowl of stew comparable to soup but typically more substantial can be cozy, nourishing, energizing, and fat-blasting. However, only if you use the right ingredients; many stew recipes are excessive in calories, sodium, and fat, none of which are always conducive to your fitness objectives.

How should a Meat Stew be Thickened?

Put flour on the meat and then brown it. The flour thickens the stew while it simmers. While the stew cooks, mix a teaspoon of flour into a small amount of cold water to create a slurry. The stew should not be added with dry flour since it will clump. One spoonful of cornstarch per cup of liquid will produce a medium-thick, viscous stew. Whisk together equal parts of cold water and cornstarch in a small bowl to create a slurry. Flour is a simple way to thicken thin, watery stews.

You can use any flour, from conventional white flour to nutrient-dense varieties like cassava or chickpea flour. You must first prepare a roux, a mixture of flour, fat, and liquid if you wish to thicken your stew with flour. It’s important to remember that cornstarch has two times the thickening power of flour, whether you’re out of flour or have a family member who needs a gluten-free thickener. So you may use this for the 14 cups of cornstarch that a recipe for gravy calls for (4 Tbsp.)

Reference: “Is Irish Stew the only kind of stew we can afford to make, mother?” The history of a recipe

Does Using a Stock Pot to Make Stew Work?

Stockpots are perfect for slow-cooked foods like curries, lentils, BBQs, meatballs, and stew because they evenly transmit heat throughout the pot. A stockpot can be used to make both soup and stock. They can also be used to prepare stews, chili, and other dishes of a similar nature. Generally speaking, a stockpot has a shallow base, which ensures that the stock boils quickly and that the heat from the fire is dispersed evenly throughout the pot.

It’s important to use the proper vessel when creating a stew. Meat cooked in the incorrect pot will be chewy, tough, and burnt. To avoid this problem, choose a high-quality stockpot. It should be constructed using durable and long-lasting materials. Also suggested are grips and lids that can withstand heat. You can also look for extra features on a stockpot. For instance, it will help you cook stews at the right temperature.

A top-notch stockpot is made of durable materials. A decent stockpot can hold more than eight quarts of liquid. Both a sturdy lid and an excellent handle are necessary. To make your broth, you need to pick a device with cutting-edge capability. On the other hand, a small stockpot with a sturdy base is a better choice on a tight budget.

What Sort of Beef is Best for Stew?

Chuck steak, sometimes referred to as gravy meat or braising steak, is the most common cut of beef used in stews. The animal’s neck, shoulder blade, and upper arm make up the beef chuck. It’s a great option for your stew because it’s simple to find and affordable. Beef cuts with tough connective tissue, such as chuck and round, are used to make stew meat. When cooked in liquids, the connective tissue disintegrates and becomes melt-in-your-mouth soft.

It is typically prepared as beef stew and boiled in stock for this purpose. Use pork roast cuts like shoulder roast, sirloin roast, blade roast, or baby back ribs to swap the stew meat. Take out the bones before serving the stew. When a pig is used in place of beef, the final dish will have a rich flavor from the pork rather than a strong beef flavor.

The majority of people believe that cabernet sauvignon is the best red wine to pair with beef stew. The dry taste from all those tannins, which highlight the flavor of the beef, won’t overpower a hearty stew full of meat and vegetables. Malbec is an excellent option, but if you want to try something new or already have sauvignon in your stew. This Argentinian type is similar to its French cousin, with a dry flavor and scents of plum, blackberry, and cocoa. It will be ideal for the opulent supper you have already imagined in your head.

How to Prepare a Simple Stew?

The stew should be cooked in a pot with a heavy bottom and a lid. Use an oven-proof pot and one that is large enough to hold all of the ingredients, plus some additional room if you intend to complete your stew in the oven.

Cut the Ingredients Up

The major veggies and/or meat should be around the same size when cut to ensure equal cooking.

Fry the Ingredients for Your Base

The raw vegetables, such as onions, celery, and carrots, should be added to the same pot as the browned meat and sautéed until just beginning to turn golden. Simply begin with the base vegetables when making a vegetable stew. Before proceeding to the next step, add the garlic, herbs, and spices and lightly sauté them with the basic veggies for a few minutes to release their flavor.

Include the Remaining Components

Then, if using, return the browned meat to the saucepan along with the main veggies. Mix everything gently to ensure that it is well combined.

Include your Preferred Liquid

To make the sauce’s foundation, deglaze the pan using the liquid of your choice. Stir it thoroughly, then remove any brown bits with a soft spatula from the bottom of the pot—this is where the additional flavor is found. To deglaze and make a sauce base, you can use water, stock, canned tomatoes, wine, cider, stout, beer, or a mixture of a few liquids, like wine and stock.

Allow it to Simmer

When all the ingredients are fork soft, which is when a sharp knife can be inserted into the center of each component with little to no resistance, slowly bring everything to a boil, reduce the heat, cover it, and let it simmer very gently on the stovetop or in a preheated oven.

Before serving, lastly, check the seasoning. It’s beneficial to start with a little less salt. Before browning the meat, season it a little. When browning the foundation veggies, add a generous pinch of seasoning. After everything has finished cooking, save the finishing seasoning for last.

If you’ve made beef stew ahead of time, it’s important to keep it refrigerated. Leaving it out at room temperature may encourage the growth of bacteria, which will quickly cause it to spoil. To prevent this, refrigerate it as soon as possible after you make it.

Beef stew is best served within three days of preparation, but it can also be stored for up to six months in the freezer. When storing stew in the fridge, make sure you use an air-tight container to prevent odor and keep it fresh. The stew should last for three to four days in the fridge. If it begins to develop a sour smell, discard it.