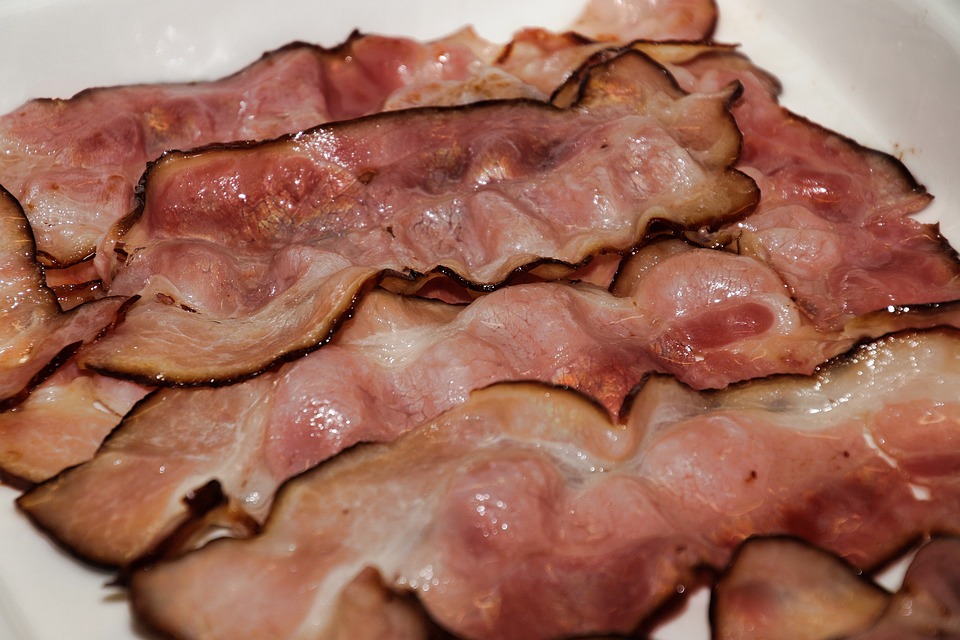 Can bacon be frozen? Absolutely, yes. You can take as much bacon as you need each time you cook because properly frozen bacon keeps for months.

Fans of bacon, rejoice! Now that it’s possible, you can buy a lot of your vice without worrying about how you’ll get through it all before it spoils. You can freeze your preferred bacon to enjoy delectable bacon recipes constantly. 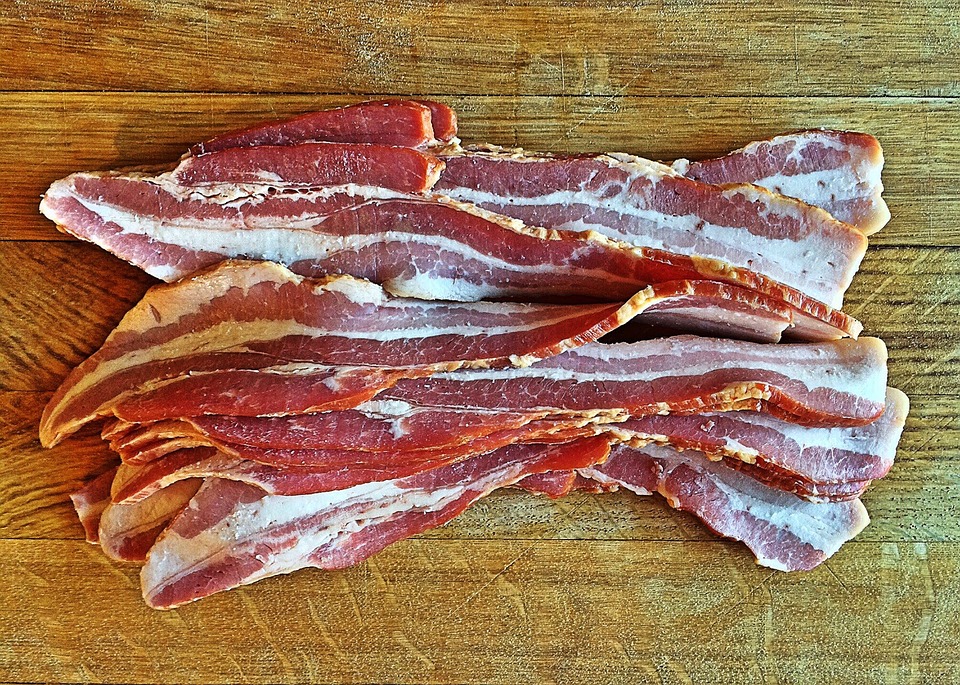 To make good bacon, you need a lot of fat: meat ratio—typically between 50% and 65% fat to meat. Ore being cooked at home, the meat is usually smoked and cured, which involves soaking it in a solution of salt, nitrates, and occasionally sugar. The bacon’s fat is primarily responsible for flavor and making it crispy and tender during cooking. Since bacon must be cooked to be eaten, a large portion of the fat is rendered and can, if necessary, be poured off.

How Long can you Freeze Bacon?

After buying bacon, put it in the refrigerator right away. Cooked bacon from the deli should last for about a week if properly refrigerated. Although packaged sliced bacon may last longer, it’s vital to verify the expiration date on the pack.

Bacon may be securely kept in the refrigerator for five to seven days after cooking. Whether you are buying bacon for a special occasion or to keep it in the freezer, it is important to know how to store it properly. Bacon is highly perishable and may go bad if stored improperly. To ensure the best quality, it is important to follow the tips below.

The Food Safety & Inspection Service recommends using bacon within seven days of purchase. It should be stored in a cool, dry place and not left out for more than two hours.

Bacon that is discolored or has a sour odor will likely be contaminated with harmful bacteria. This can cause food poisoning. It is best to discard uneaten bacon.

How to Properly Store Bacon?

Packaged sliced bacon, in its unopened vacuum-sealed packaging, may be kept in the refrigerator for up to a week after its expiration date. Once it has been opened, use it within a week, and store it tightly wrapped in foil or a zip-top bag.

Before the fat in bacon degrades, it can be frozen for up to a month in sealed packets. A package of bacon can be divided into four servings for freezing. These individual frozen portions keep well in the freezer for several weeks. Before covering them with foil, ensure they are firmly wrapped in plastic, date-tagged, and wrapped again. Thaw the bacon in the refrigerator to reduce splatters during cooking.

Cooked bacon makes it easy to use for breakfast or crumble it into a recipe. Additionally, it prolongs the bacon’s shelf life in the freezer. Bacon should be cooked until it is just the right amount of crisp for your tastes before being drained and allowed to cool. Store for up to five days after placing into a plastic bag and sealing it.

Cooked bacon can easily be frozen. Previously cooked and frozen bacon can be reheated in a frying pan. Wrap a paper towel around each serving to provide cushioning. The parts should be placed in a zip-top bag. Freeze, then keep for up to six weeks.

Cook in a hot pan for approximately one minute or until the food is done to your liking. It can also be warmed up in the microwave. Depending on the wattage of your particular microwave, the time will vary, but in most cases, 30 seconds should be adequate.

Slab bacon should be kept in the refrigerator for a few weeks after purchase, depending on how fresh it is. Before use, the ends should be cut off and thrown away because they might become dry and dark. A slab of bacon should not be frozen. Salt tends to hasten the rancidity of fat when it is frozen.

How to Identify Bad Bacon?

Here are some broad guidelines that can help you determine whether that extra rasher is still safe to consume right away if you’re unsure:

Your bacon has a little sour odor. With raw bacon, this aromatic hint is the most obvious. If the meat smells off, discard it since sour or harsh scents are clear signs that germs are already developing on it.

There are little moldy specks in the bacon. If your bacon has any little fuzzy white or blue spots, it’s not safe to consume because cooked pork can become moldy if stored in the refrigerator for an extended period.

It has sticky bacon. Eating raw bacon is okay if it’s still tender and slightly moist. However, if your bacon is slimy, it may be contaminated with lactic acid bacteria, which can make meat slimy and signal spoilage.

Bacon is already turning grey. When meat ages, it changes from pink to grey; if your bacon has darkened, it has already gone bad.

If you’re certain the bacon is ruined, throw it in the trash because it could infect other foods in your refrigerator.

How to Properly Cook Bacon?

Bacon can be prepared in three ways:

Skillet: This traditional technique works best for cooking six to eight strips at once. The bacon should be taken out of its packaging and left to thaw to room temperature. Instead of preheating the pan, arrange the strips in it (without overlapping) and cook them over medium heat, turning them as necessary, for about 10 minutes. Before serving, pat the cooked bacon dry with paper towels.

Oven: When preparing a large batch and having extra time, cooking bacon in the oven makes sense. Put the bacon in a cold oven after placing it on a baking sheet lined with parchment. Then preheat the oven to 400 degrees, and bake the food for 17 to 20 minutes, or until desired crispness. There is no need to turn, but you must drain the cooked bacon on paper towels before serving.

Microwave: You can quickly make a BLT or burger by microwaving a few strips. Lay down a few layers of paper towels to line the microwave. Then, arrange the bacon strips in a single layer, overlapping none. Without turning, cook on high for four to six minutes. This method doesn’t need to be drained.

What is the Correct Method of Buying Bacon?

Bacon is available at supermarkets, butcher shops, and warehouse stores. The majority of bacon is pre-sliced and marketed in thin or standard slices.

About 35 strips of thin bacon are cut into slices that are 1/32 inch thick. Bacon from a hotel or restaurant is another name for thin-sliced meat.

Depending on the source, thick-sliced bacon typically has 12 to 16 pieces per pound, which is twice as much as ordinary bacon.

Additionally, you can buy bacon in a block (known as slab bacon or flitch in Pennsylvania when it is not smoked) and cut it to the ideal thickness for you. One piece of bacon is frequently referred to as a rasher outside the US.

Fully-cooked bacon slices are available in most marketplaces for individuals with limited cooking time.

Many people prefer canned bacon since it is already cooked and shelf-stable until opened, but it is hard to get it these days.

There are still bacon bits available, which are pieces of pre-cooked bacon that have been dried. (Bacon bits must be refrigerated after being opened.) Don’t mistake fake bacon pieces for the real thing! Flavored vegetable protein is used to create imitation bacon pieces.

Is Cooked Bacon Safe to Eat After Being Out All Night?

Bacon that has been left out all night cannot be consumed.

Any cooked food that has been left out at room temperature for longer than two hours should generally be thrown away.

Bacon that has been cooked needs to be refrigerated within two hours because it is a perishable food. Bacteria will begin to grow if it’s kept out at room temperature for an extended period and could result in food poisoning.

The only time your bacon is safe to consume is for four to five days, even if you instantly refrigerate it. After that, the bacon’s quality will deteriorate and be more prone to bacterial growth.

Bacon can spoil rapidly because it is a food that is so high in fat.

So it’s preferable to discard cooked bacon left out overnight. The chance of getting sick is not worth it. It’s advisable to err on the side of caution because nobody wants to deal with food illness.

It may be difficult to accept this when you’re staring down a plate of mouthwatering bacon, but it’s not worth risking your health. To be safe, discard any bacon that was left out overnight.

What are the Disadvantages of Consuming Bacon?

Bacon has a Lot of Saturated Fat in it.

Saturated fat causes your blood to have more “bad” cholesterol. According to a study that lasted more than eight years and involved more than 114,000 people, eating 5% more saturated fat from animal sources was linked to a 21% rise in heart disease and a 19% rise in cardiovascular illness.

Bacon Contains a Lot of Salt

Heart disease and stroke risk are both increased by high blood pressure. Your blood pressure can be lowered, and this risk is decreased by reducing your sodium consumption.

The contrary conclusion was reached by a string of recent high-profile research, some of which suggested that eating bacon is just as deadly as smoking. According to current NHS and US recommendations, we should modestly cut our daily meat consumption to fewer than 70 g, or around one rasher of bacon. It is understandable why the general public, as well as the healthcare professionals attempting to advise them, are perplexed.

Putting uncooked bacon into the freezer can be a bad idea. Bacteria can grow on the meat, and it can lose its taste. In addition, freezing can cause the fat to become rancid. To ensure your bacon is ready to eat, thaw it in the refrigerator before preparing it. You should avoid thawing it in the microwave, as it can cause bacteria to grow. If you plan on using your bacon within a week, you can freeze it.

If you decide to freeze bacon, you should wrap it in heavy-duty foil. If you plan on freezing it, squeeze out the excess air before sealing it in a plastic bag. This will keep it fresh for about a week, and it will also help it to stay frozen longer.