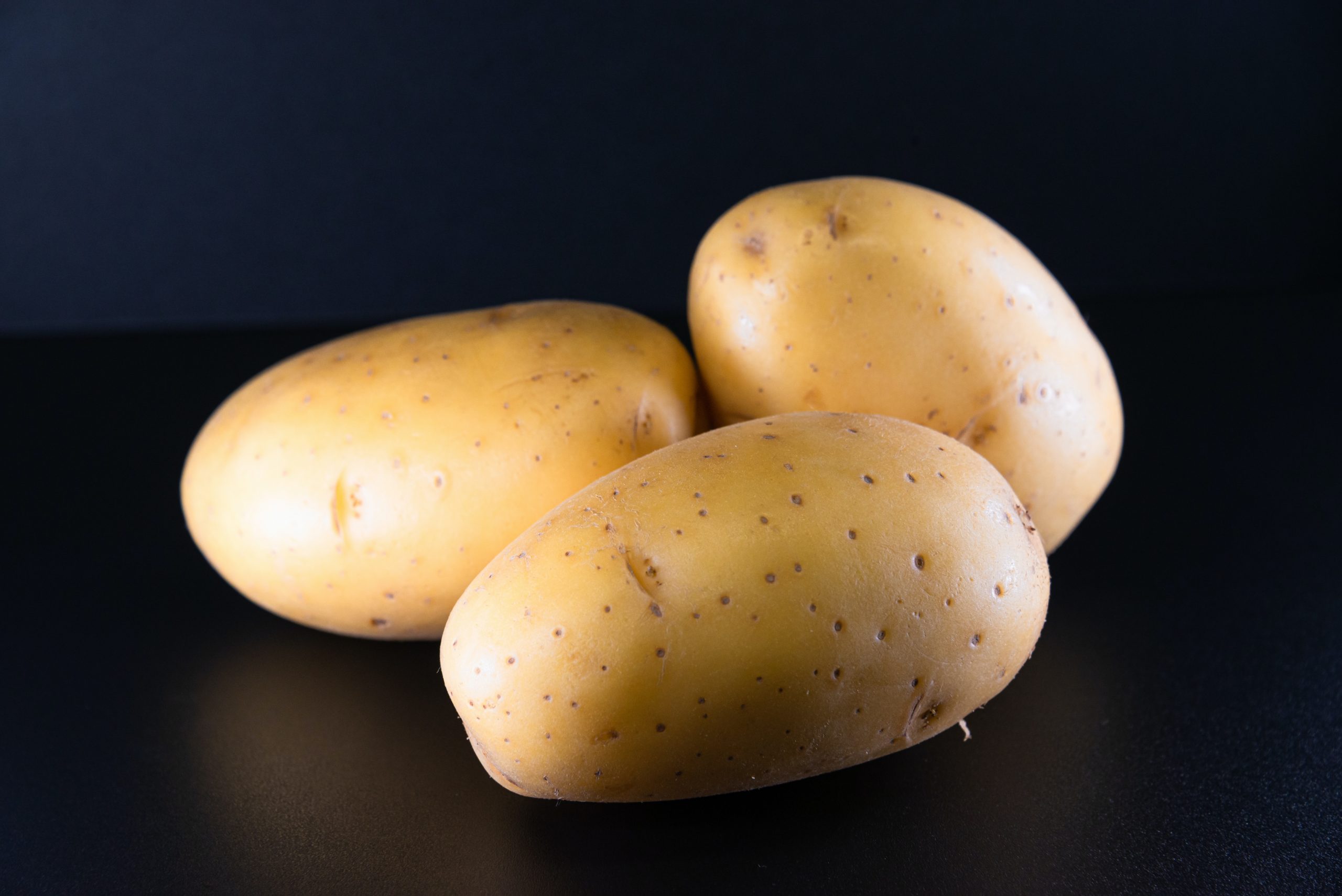 Native South American inhabitants of the Andes mountains first cultivated potatoes. Thousands of different types are being grown all over the world.

You may have noticed that potatoes tend to last a long time, but you might be curious as to how long they keep before going bad. In the refrigerator, raw potatoes can be stored for three to four weeks. To prevent them from turning dark, they must be kept in a cool environment. To find out if the potatoes are past their prime, it’s critical to inspect them. Here are various indicators that they have run out of shelf life. 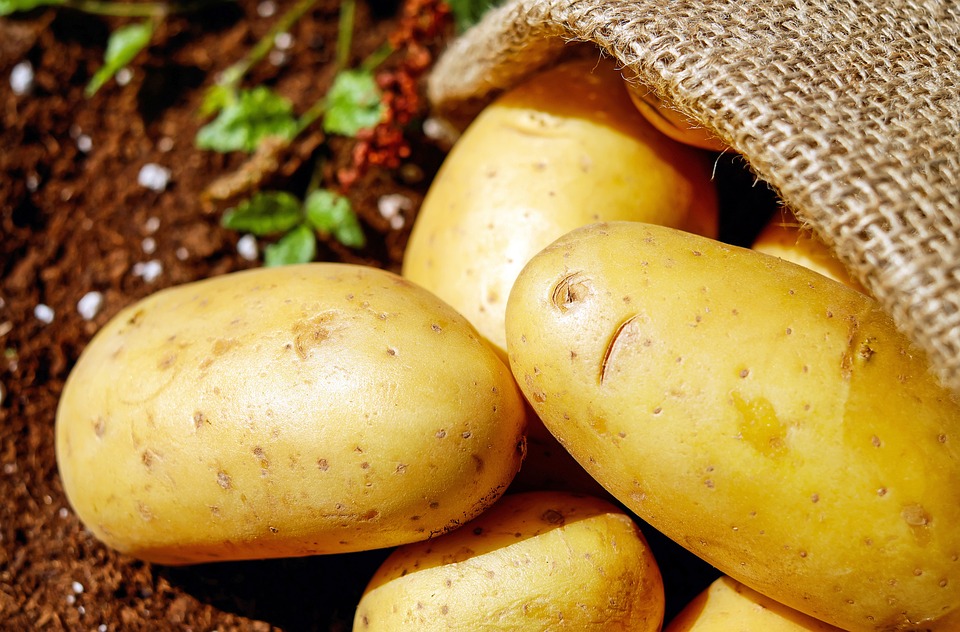 The potato is a starchy edible tuber that is grown all over the world today and was first domesticated in South America. Although just a small portion of the over 1,000 species of domesticated tubers, which date back over 10,000 years, are raised commercially. Since being introduced to Europe in the 1600s, they have made significant contributions to the histories and cultures of many South American nations and have been incorporated into European cuisine.

Around 8,000 BCE, domesticated wild potatoes first appeared. Native Americans developed a wide range of cultivars, and the tuber quickly replaced corn as the main source of nutrition. European explorers in South America found the first potatoes, and they later took samples of the crop back to Europe. Since the plants, along with eggplants and tomatoes, are members of the nightshade family, it was first challenging to incorporate them into the garden. The safety of this meal was once questioned by European farmers because of the possibility that some nightshade plants were harmful. But after being successfully grown in test areas, it was a welcome addition to the European diet.

How Long can Potatoes Last in the Fridge?

The way they are stored and whether they have been cooked are two factors that affect how long potatoes stay fresh.

Uncooked potatoes typically have a shelf life of one week to many months. They can last longer than at ambient temperature in cooler environments like those provided by a pantry or root cellar.

Potatoes can be kept cooked for up to 4 days in the refrigerator and a year in the freezer, however, freezing degrades the quality of cooked mashed potatoes.

Uncooked potatoes can be stored on a pantry shelf for two to three weeks and in the refrigerator for three to four weeks. After two to four weeks, they will start to develop green shoots and may lose their freshness and flavor. By peeling and chopping your potatoes in advance, you can increase their freshness. Just remember to keep them cold for at least 24 hours.

What are the Health Advantages of Consuming Potatoes?

Following are a few health advantages of potatoes:

Iron, phosphorus, calcium, magnesium, zinc, and other minerals found in potatoes all help to create and maintain strong, healthy bones. Zinc and iron are crucial for the growth and development of collagen. Although both phosphorus and calcium are essential for bone development, a balance of the two elements is necessary for effective bone mineralization. Osteoporosis results from the loss of bone caused by excess phosphorus and insufficient calcium.

A low-sodium diet is necessary to maintain good blood pressure, but boosting potassium intake can be just as significant. Potassium facilitates vasodilation or the widening of blood vessels. According to the National Health and Nutrition Examination Survey, less than 2% of American people meet the daily 4,700-milligram need (NHANES). The high potassium, calcium, and magnesium content of potatoes have been shown to naturally decrease blood pressure.

Potatoes contain a lot of folates. Folate participates in DNA synthesis and repair, which means that it prevents the growth of many cancer cells brought on by DNA mutations. Consumption of fruits and vegetables high in fiber, like potatoes, is associated with a decreased risk of colorectal cancer. Antioxidants like vitamin C and quercetin shield cells from harm caused by free radicals.

Small variations in the nutritional makeup of potatoes will have significant effects on population health as the potato becomes a staple food in the diets of an increasing number of people. The potato is a low-fat, high-carb food that provides energy. Despite having a relatively low protein level, potatoes have a great biological value of 90 to 100.

In addition to having a high vitamin C content, potatoes are also a rich source of potassium and several B vitamins. The skins are a significant source of nutritional fiber. The antioxidant activity of potatoes is influenced by a variety of chemicals, and interest in cultivars with colored flesh is rising. The impact of the nutrients and bioactive substances found in potatoes on human health will be discussed in this review.

What are the Signs that Potatoes are Bad?

Even if you closely monitor the shelf life, you should still look for signs of rotting in potatoes:

Mold should be avoided at all costs, and mushy potatoes should be thrown away.

Even while it is not as obvious as it is with other meals, it is still a sign that the potatoes are beginning to go bad. You should throw away your potato straight away if any of these signs are present. A rotten potato should not be consumed if it has mold or other problems.

It’s time to discard it if the food smells like rotting potatoes. The potato will smell terrible and moldy. A mushy or soft potato also indicates that something is amiss in addition to the scent. If the insides are green, you should also throw away a potato that is screeching. Don’t wait until the potatoes are too soft before eating them because this is a sure sign that they are ruined.

A potato may have an internal flaw or bad area that is not noticeable from the outside. A potato that appears to be healthy but has a strong odor coming from it likely has mildew or decay within.

Whether a potato is fresh or rotten, it’s important to recognize the signs that it has passed its prime. A potato is bad if it has visible mold or dark stains. The eyeballs of the potato should be removed since they are unhealthy. If the sprouts are larger than 5 inches in diameter, the potato is spoiled. Additionally, eating it is risky!

In addition to the scent, there are additional signs that a potato is about to go bad.

The poison started to spoil when there is a green spot on the potato. The potato weakening is the symptom. You can use the remainder of the potato after removing the affected area. However, potatoes with creases or protruding sprouts should be thrown away.

How to Store Potatoes?

If at all possible, keep your potatoes separate from other products. They are exposed to ethylene gases less, which speeds up sprouting or degradation.

What are the Different Varieties of Potatoes?

About 5,000 species of potatoes have been maintained at the International Potato Center in Peru, showcasing the astounding diversity of potatoes. However, in general, your neighborhood grocery store is likely to provide a few fundamental varieties, each suitable for a variety of preparations:

Floury: Floury varieties, like russets and Idahos, cook up light, fluffy, and somewhat crumbly, making them perfect for a traditional baked potato or a smooth, creamy mash. These potatoes are also excellent for frying meals like French fries with a crispy exterior and creamy interior. These potato pancakes are starchier due to their starchiness. These types have a lot of starch and only a little moisture.

Waxy: Waxy potatoes typically contain meat that is thicker, moister, and lower in starch, as well as skin that is frequently thinner and glossier than those that are floury. This group includes several smaller, cuter types, including Red Bliss, young potatoes, fingerlings, and others. These are ideal for recipes like potato salad, gratin, roast potatoes, and traditionally boiled and buttery potatoes, were maintaining their shape is crucial, and they cook up nicely.

Canadian Gold said All-Purpose Other floury-waxy hybrids have also been developed that fall somewhere in the middle, similar to this fabled variety. They are the perfect potato since they are not too dense or crumbly and can be used in nearly any dish. Get rid of them. Mix the two. Invent them into the new one.

The shelf life of potatoes varies depending on the types of potatoes you buy and how they’re stored. Raw potatoes can last for several months or even a year if properly stored and cooked. However, if you want to extend their shelf life, you should buy them uncooked. The only problem with this is that you can’t guarantee the freshness of the potatoes you buy.

Store potatoes in a cool, dark place. You can store them in a mesh bag or a paper bag. Avoid using plastic bags; they will not allow the potatoes to breathe and will reduce their shelf life. Ideally, potatoes should be stored in an unheated basement or unfinished pantry. A garage with good insulation will also work, though you may want to wait until the last possible moment to store your potatoes.