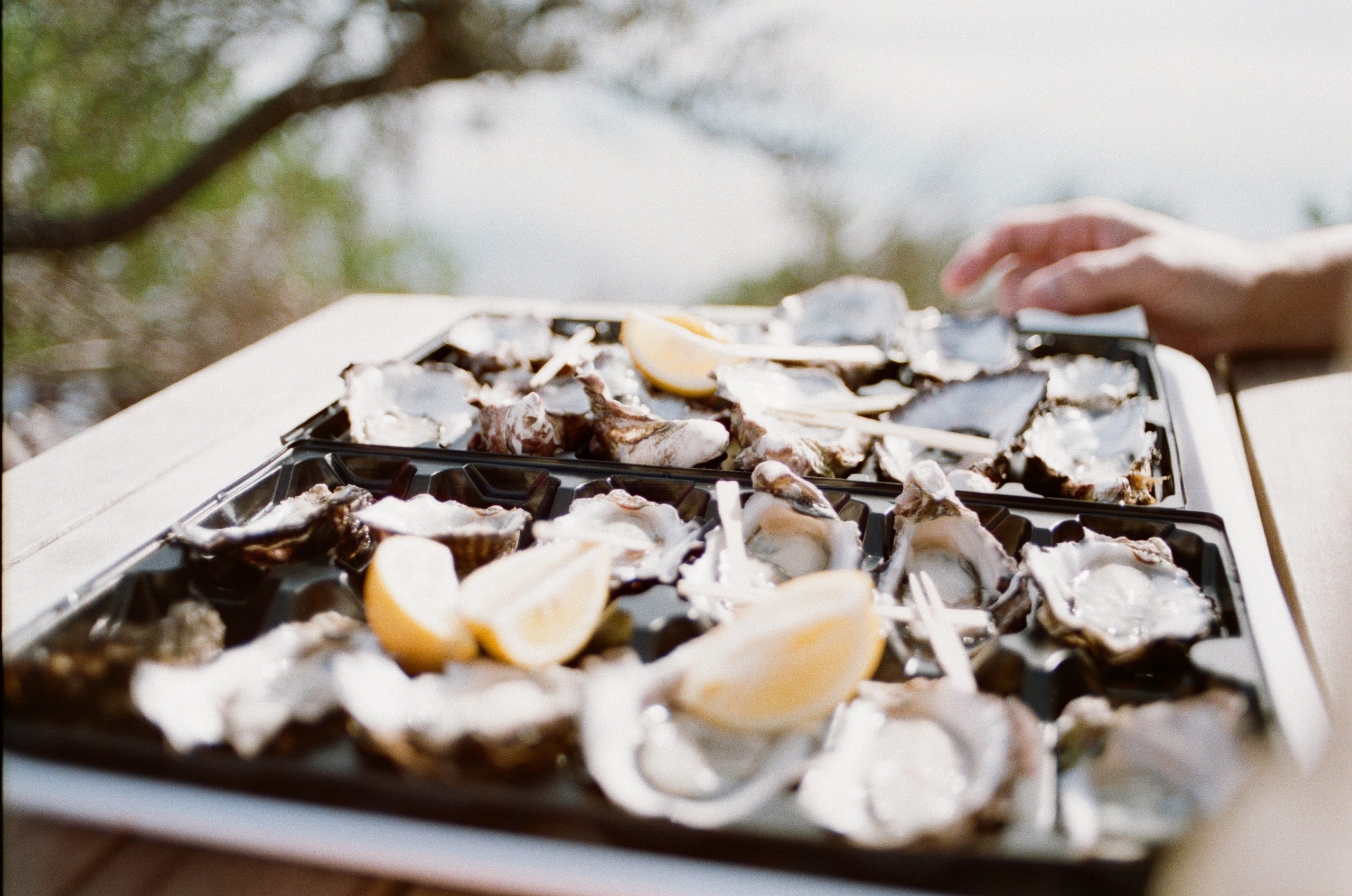 If you are looking to store oysters in your home, there are several tips that you need to keep in mind. The first step is to shuck them. This is a quick and easy process. Once the oysters are sucked, you can store them either in the shell or in the refrigerator.

To understand how to store fresh oysters correctly, refer to this tutorial.

Although keeping oysters cold until they are cooked or eaten is the most crucial rule to remember, there is a little more to keep them alive, fresh, and safe. 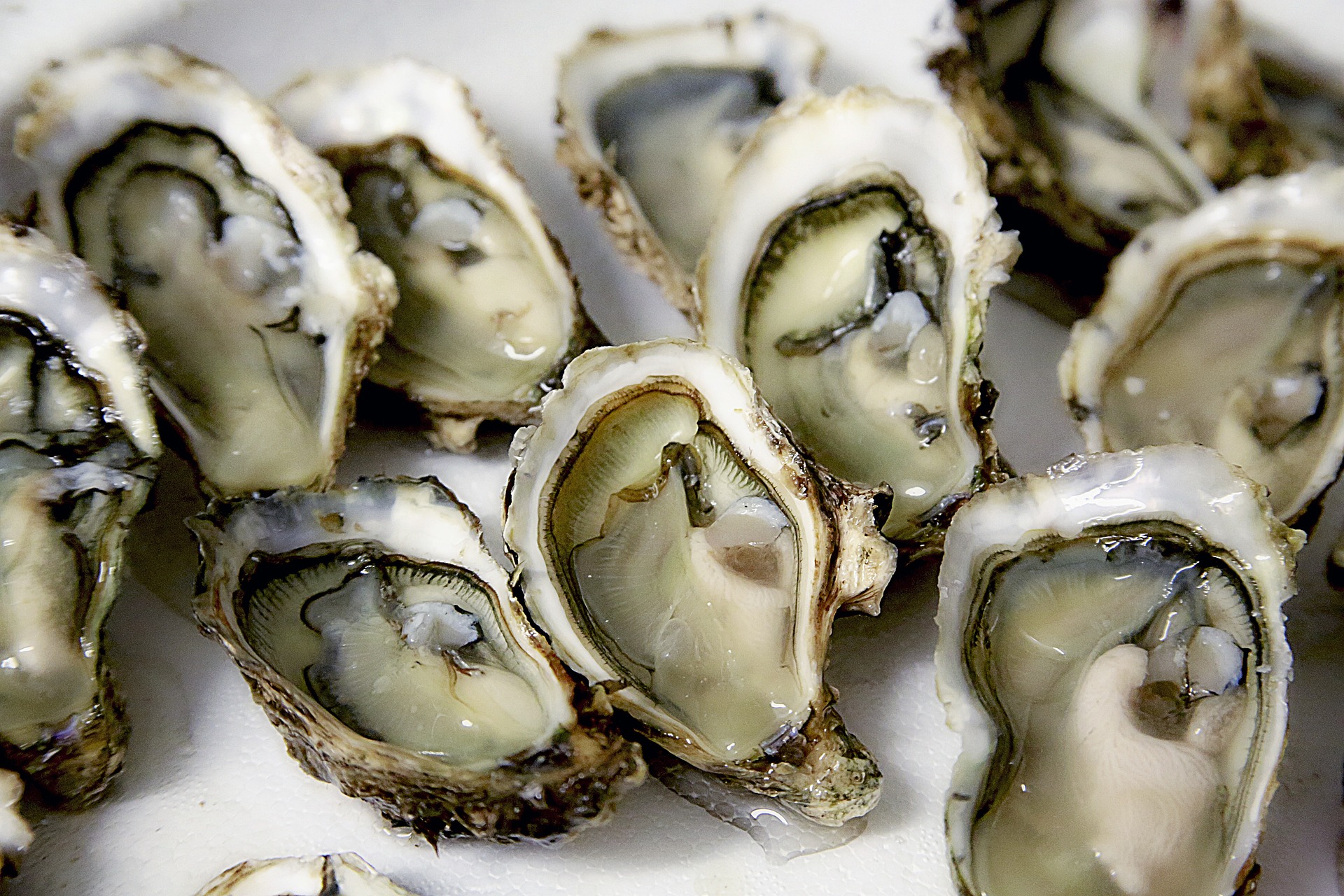 Either you adore them or despise them, but mostly you adore them. Oysters can be eaten in various ways and are salty and slick, with meaty, briny morsels hidden between a clenched shell. Why are these small shells so well-known, then?

Technically speaking, oysters are classified as bivalve molluscs and belong to the same family as clams and scallops. They have a stony shell, juicy, grey-beige meat, and a clear, salty liquid that is extremely valuable. Did you know that in the nineteenth century, oysters were regarded as sustenance for peasants? How times have changed, as eating out is now seen as “fine dining,” with restaurants demanding astronomical prices for meagre portions. Do not worry, though, as there are more inexpensive ways to enjoy this delicacy, such as ordering from Fish To Your Door.

How to Store Oysters?

Here is a guide to storing both shucked and in-shell oysters:

How should I Store Shucked Oysters?

It’s frequently advised to wait to shuck your oysters until immediately before you intend to eat them because this will allow you to savor their freshness and flavor to the fullest.

However, not everyone has the time to spend shucking oysters just before dinner, so understanding how to keep shucked oysters might be useful.

By doing this, you’ll be able to prepare them in advance and have them ready to eat when dinnertime rolls around.

So how are shucked oysters stored? Oysters that have been deshelled can be kept in the solution they were soaked in when they were still in their shells after being shucked.

Try to devour your oysters as soon as you can after shucking them for the best results. They will keep for up to 2 days in the refrigerator in their liquor.

Oysters that have been shucked can also be frozen for later use. However, oysters still in their shells should never be frozen.

The de-shelled oysters can be kept fresh using this storage technique for up to 3 months, though the closer you get to that time, the more flavor and freshness the oysters will have lost.

How are Oysters Shucked?

Although it takes some expertise, shucking oysters is the greatest way to guarantee that they are as fresh as possible. To shuck oysters, follow these steps:

How should Oysters be Stored in the Fridge?

Oysters can be kept in the refrigerator in containers, as we’ve discussed a few times, but it’s crucial to note that you should never store oysters in a sealed or airtight container.

As a result, the oysters may suffocate and lose their ability to breathe, spoiling considerably more quickly and rendering them unsafe to eat.

Your oysters won’t dry out and will stay cool if you dampen the cloth or towel you’re using to cover the dish or container where they are being kept in the refrigerator.

Additionally, be mindful of where you keep your oysters in your refrigerator.

The possibility of dripping meat juice could cause cross-contamination of your meal, making it dangerous to eat; therefore, avoid storing them underneath other forms of raw meat.

Anything below 1 degree Celsius or below freezing temperature, which is 0 degrees Celsius, might kill the oysters, making them unsuitable to consume. Therefore, the recommended refrigerator temperature is between 4 and 8 degrees Celsius.

You can keep a temperature thermometer inside the Fridge and examine the readings to get an accurate temperature reading.

Nowadays, the majority of commercially available oysters have rather new shells. If you need to clean them, hold the shells under cold running water while you scrape the beards and dirt off them before opening them.

Between the two shells, the beards resemble brownish threads. Although palatable, the grittiness of the texture is not particularly appealing. Between your thumb and first finger, pinch the beard. To remove the beard, pull it out firmly while moving side to side. It is acceptable if you do not see a beard because it was probably removed during processing.

You will want a special knife, gloves, and oysters to begin the “shucking” process, which entails opening the oysters. Although they are optional, the gloves will come in handy if the knife slips. Be cautious to keep the tasty liquor within the oysters when shucking them. The alcohol shouldn’t smell foul or bad and should be clear, not hazy.

How Long can Live Oysters be Stored?

Live oysters may stay out of the water and in their shell for around 4 to 5 days if stored properly.

This is because they breathe once out of the water, which is another reason you should put them back in the water.

The live oysters you purchase at the market will be more flavorful and fresher the sooner you consume them, as will all sorts of fresh food with a limited shelf life.

It’s usually a good idea to hold off on purchasing oysters from the market or shop until closer to the day you’ll be eating them for dinner if you won’t be utilizing them for a few days.

Oysters should be frozen or kept on ice. You can keep shucked oysters in storage for the longest time by freezing them. Never freeze in-shell oysters or dead oysters; only freeze high-quality oysters. Freshly shucked oysters should be kept in an airtight, freezer-grade storage container at 0 degrees Fahrenheit or lower to prevent deterioration. In the refrigerator overnight, defrost, Not in the sink or at room temperature.

How to Tell if an Oyster is Dead?

Oysters that perished during storage should be thrown away. Even if you intend to boil them, dead oysters should never be consumed since they contain harmful bacteria.

If you tap an oyster’s shell (with a knife or other hard item) and it does not respond, the oyster is dead. A live oyster will close its shell tightly by retracting. It is dead if it doesn’t retract. If the oyster’s shell is closed when you tap it, it might already be dead. If it makes a hollow sound instead of the others, you will know it is dead; these are known as “clackers” and should be thrown away.

Can Oysters be Stored in the Water?

Place the oysters in the refrigerator’s section closest to the freezer, wrapped in a moist tea towel or other cloth to preserve their freshness. Under no circumstances should oysters be kept in the freezer, on ice, in water, or a sealed container.

Eat no oysters or other shellfish that are uncooked or undercooked. Only order completely cooked oysters at restaurants, then properly prepare them before eating. Alcohol, hot sauce, and lemon juice do not destroy the Vibrio bacterium. After being harvested, some oysters undergo safety treatments.

A rotting oyster may exhibit some symptoms and should not be eaten. These consist of the following:

An oyster should be thrown out immediately if it exhibits any of these traits rather than eating it. It’s also crucial to remember that to keep oysters fresh and safe to eat, they should be stored properly and eaten within a few days of purchase.

What are the Effects of Consuming Spoiled Oysters?

Food illness can result from consuming rotten oysters. The typical signs and symptoms include stomach cramps, nausea, vomiting, and diarrhea. Fever and dehydration may also result in extreme situations. Additionally, eating rotten oysters can cause Vibrio infections, particularly harmful to persons with compromised immune systems. Before eating oysters, ensure they are fresh and safe to eat by inspecting them closely and keeping them in the right condition. It is better to throw away an oyster if you think it might be ruined.

The ideal storage temperature for oysters is 40°F or lower. They can be kept in a cooler with ice or the refrigerator. They should be kept in a moist setting, like a container with a moist towel or wet newspaper. Doing this can prevent the oysters from drying up and losing flavor. For optimal results, they should be consumed shortly after purchase. If you won’t be eating them right away, store them correctly and keep an eye out for any symptoms of deterioration.