Although fondant is excellent for giving your cakes a flawless finish, it doesn’t preserve as well as other icings like buttercream or royal icing. It can become useless if your fondant is exposed to dampness or extremely cold temperatures, which is irritating, to say the least!

The good news is that most fondants can be kept at room temperature for a few weeks if properly preserved. In this article, we’ll explain how to store fondant and advise how to keep it smooth and pliable. 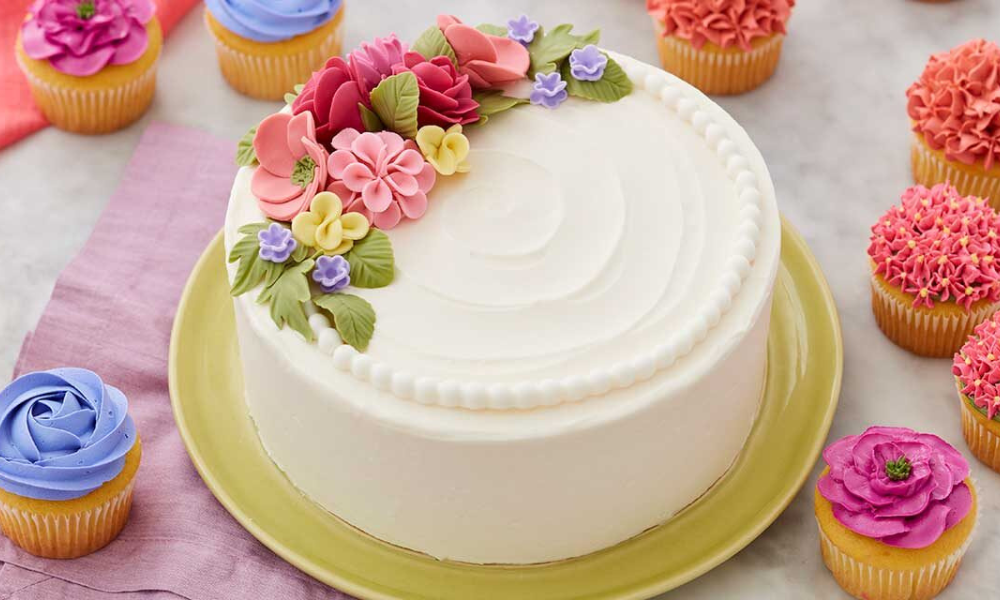 Technically speaking, fondant is a form of icing, although Wikipedia cautions against confusing it with fondue, even though both derive from the same French term for melting. Please refrain from unintentionally pouring melted cheese onto your cakes and stick to using frosting instead! The most typical use for fondant is to sculpt or adorn cakes, cupcakes, or pastries. But what sets fondant apart from other icings is how different its texture is. Fondant often comes in two different forms: rolled or poured. While poured fondant is a highly viscous, thick liquid, rolled fondant has the same texture as clay but is slightly stiffer than you are used to.

Since it is less popular, we won’t go into great detail about poured fondant, but it is used to fill and cover cakes. To give you a better idea, Cadbury Creme Eggs are filled with a substance that resembles fondant that has been poured. Rolled fondant is utilized almost solely as a decorative touch on the outside of baked goods, which is more in keeping with what Buddy the Cake Boss is constantly ranting about.

How to Store Fondant

How to Keep Fondant Soft

To keep the liquid inside the fondant, spread shortening on the outside. A form of fat called shortenings, such as margarine, lard, or hydrogenated vegetable oil, is solid at room temperature. Rub shortening onto your ornaments with a pea-sized bead until it becomes clear. Try to incorporate the shortening into any exposed fondant to prevent it from drying.

The protective coating that shortens forms trap the liquid inside the fondant.

Avoid leaving thick shortening globs on your fondant, which could alter the flavor.

To prevent them from being exposed to air, wrap the decorations in plastic securely. Carefully fold up the sides of one of your ornaments after placing it on the plastic wrap. To lock in the moisture and keep out the air, carefully press the plastic wrap against the fondant. To prevent unintentional damage, individually wrap each of your ornaments. You can leave the decorations unwrapped; however, doing so might cause them to dry out more quickly.

Before sealing the bag containing the decorations, make an effort to remove any air inside. Your decorations are less likely to dry out if you do this.

Keep the fondant in a cold, dark place for up to two months. So that they maintain a constant temperature, store the container or bag containing your decorations in a cupboard or closet. Direct sunlight should be avoided because it might hasten the drying process and fracture the decorations. To prevent the decorations from hardening beforehand, plan to utilize them within two months.

Don’t store your fondant in the refrigerator or freezer since condensation may form when you remove it, causing the embellishments to wilt or sag.

If your fondant does begin to solidify, you can reactivate it by rolling it back into a ball with a tiny bead of shortening.

Cakes and other baked goods are decorated and covered in fondant, a sort of frosting. Simple components are used. It only consists of corn syrup, water, and sugar. Shortening or vegetable fat may also be added sometimes.

These components work together to give fondant its supple and elastic texture. Before being layered over a cake or molded and shaped as decoration, it is normally rolled out.

You may also be familiar with sugar paste and gum paste, essentially fondants with the addition of gelatin and glycerin for added hardness.

How does Fondant Taste?

Is sugar a pleasant flavor? So there you have it.

Because it is made primarily of powdered sugar, traditional fondant is exceptionally sweet. If you ask me, the sweetness is bland, like marshmallow sweetness.

This means that the sweetness isn’t as nuanced as caramel, which is mostly made of sugar but also has a distinctive toasted richness due to the addition of cream and being heated to a high temperature.

However, if you want a more fascinating contrast, you may always use flavored fondant. Online and in baking supply stores, flavor-infused fondant is available.

For instance, the company Satin Ice sells fondant with vanilla and white buttercream flavors. Additionally, you may use your imagination and flavor your fondant by just incorporating a few drops of your flavoring.

Factors to Consider Before Avoiding Fondant

Despite being edible, many people avoid fondant because of the following reasons.

88.9 grams of sugar are contained in every 100 grams of fondant. I don’t know about you, but that seems like a LOT to me, especially given that cakes already contain sugar and that the average woman should only consume 24 grams of added sugar per day and males should consume 36 grams.

While it’s acceptable to go over your calorie and sugar intake limits occasionally, other tasty delights may be available that are worth the extra calories and sugar.

Although white fondant is frequently used to cover cakes, the fondant’s vivid colors make a difference in how visually beautiful the cakes are.

Food dye, however, isn’t exactly palatable, let’s face it. Nowadays, the majority of food coloring is produced to be flavorless. However, some businesses still sell food coloring with a faintly bitter flavor.

Although food coloring is designed to be safe for consumption, consuming large amounts of it can be harmful to human health. Children’s hyperactivity has been connected to chemical food color additives, which can also be allergies.

It’s doubtful that you will investigate the potential ingredients in the food dye used to color fondant because it comes pre-colored. Avoiding consuming it altogether is the simplest course of action.

Typically, fondant takes the shape of the hard dough. As it is kneaded, it heats up from the hand’s heat and becomes softer and more flexible. After being thoroughly processed, it ought to resemble playdough or clay.

Of course, this is ideal for molding and draping over desserts, but the gum-like texture might not be palatable when chewed. The suppleness of fondant combined with the cake’s texture turns off many people. Nevertheless, it is all a matter of preference and might not affect you.

Why Use Fondant: Buttercream vs. Fondant?

Marzipan and royal icing have lost favor due to the success of fondant, although buttercream is still fondant’s main rival in the cake industry. It is creamy and tasty, and buttercream frosting is a delight to work with. I could continue, but that is not what this post is about. While buttercream is delicious and creamy, it also has many restrictions, which is why fondant is useful. Buttercream frosting essentially has one appearance. Although it can be readily colored, swirled on, or spread more smoothly, there isn’t much diversity in terms of decor outside of those possibilities.

Buttercream must be served at the ideal temperature for the best results because it melts very easily but becomes hard when it is too cold. For instance, you practically have to serve the cake as soon as it is delivered if your wedding is in Georgia in July for fear of it melting into a delectable sweet puddle. Similarly, cakes with buttercream have a tendency to spoil more quickly, so you should bake the cakes and prepare them closer to the time you intend to eat them. However, buttercream has some advantages, like the fact that it tastes fantastic on its own and maybe delicately flavored for stunning results.

Since mistakes or blunders are easier to correct with buttercream than fondant, some bakers prefer it. Conversely, fondant is fundamentally the antithesis of buttercream. Although fondant can also be colored, there aren’t many other similarities. Cakes are shielded against spoilage by fondant, which “seals” off the cake’s exterior. The cakes will still taste delicious and fresh a few days after you create them and preserve them in the refrigerator! Like buttercream, fondant becomes firm when it is cold. Thus, it is usually served best at room temperature. However, because fondant does not melt as easily as buttercream, you have greater latitude when serving temperature.

With fondant, the decorating options are virtually endless! Returning to the Cake Boss illustration, he has largely used fondant to create enormous theme parks, automobiles, and various other shapes. Fondant is a natural choice if decorative possibilities are your top priority. One drawback of fondant that buttercream does not have is that fondant mistakes are more obvious. On fondant surfaces, fingerprints are quite noticeable and difficult to remove without fully remaking the surface piece. So while the fondant is a creative’s dream, a clumsy baker can find it to be a nightmare! Additionally, many individuals argue that fondant lacks the flavor and texture of buttercream frosting.

Your selection for cake frosting will depend on the features you value most in a cake. Both cake frosting options offer advantages and disadvantages. You’re lucky if you enjoy particular qualities of both fondant and buttercream. Buttercream is frequently used by bakers to even out the cake’s surface and aid in the fondant’s adhesion. As a result, you can enjoy the flavor and creaminess of buttercream without sacrificing the fondant surface’s ability to be decorative!

Fondant is a versatile material that comes in various colors and flavors. It can be rolled out thin and placed over a cake like frosting, or it can be molded into shapes. It is often used to decorate cakes to give them a polished appearance. For best results, fondant should be stored at room temperature and in an airtight container. It should also be stored away from direct sunlight.