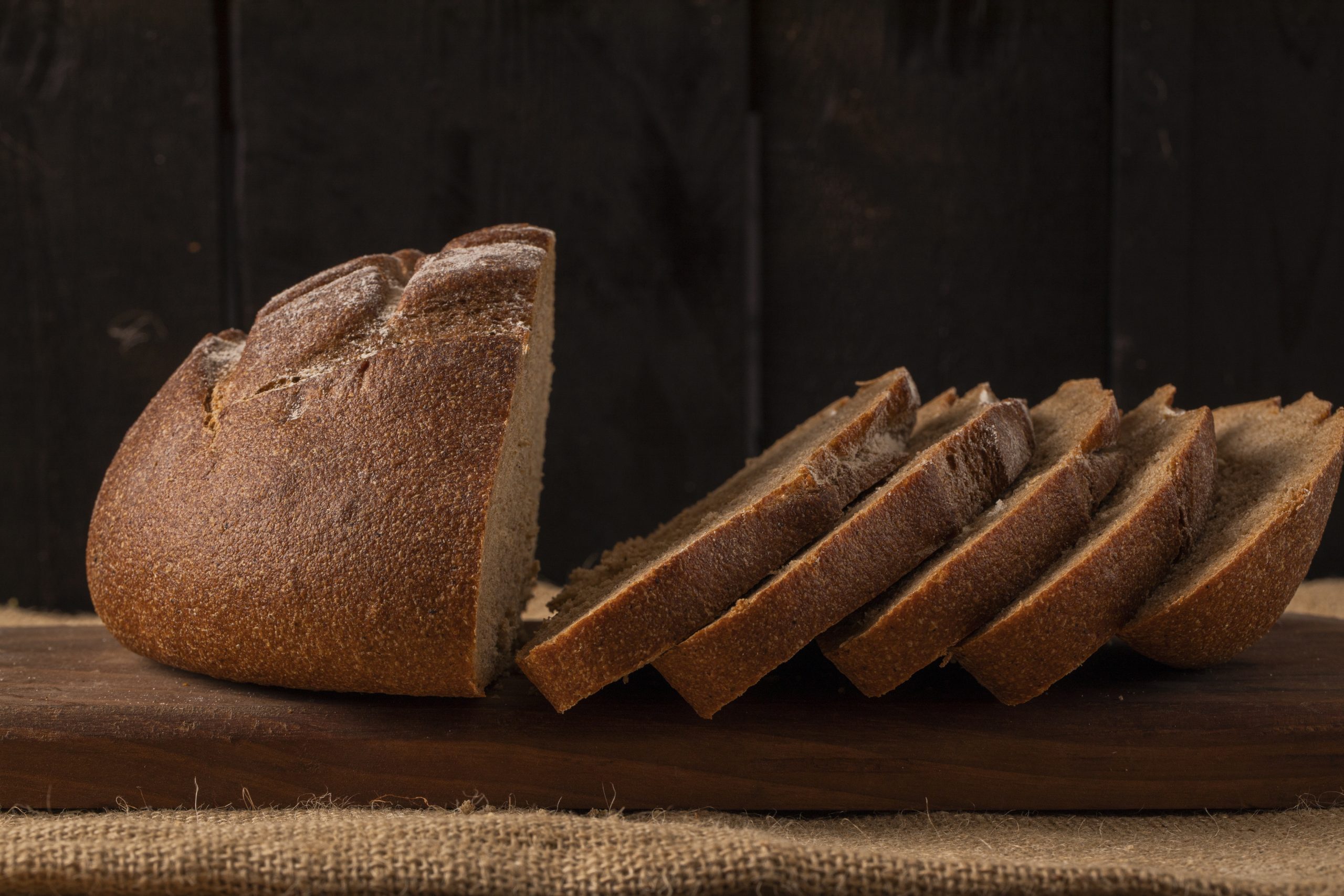 When you’ve just baked a fresh loaf of Ezekiel bread and are ready to store it in the fridge, you’ll need to ensure that it stays as fresh as possible. This means that you need to follow some simple tips and tricks. By following these, you’ll be able to preserve your Ezekiel bread to enjoy throughout the entire year. 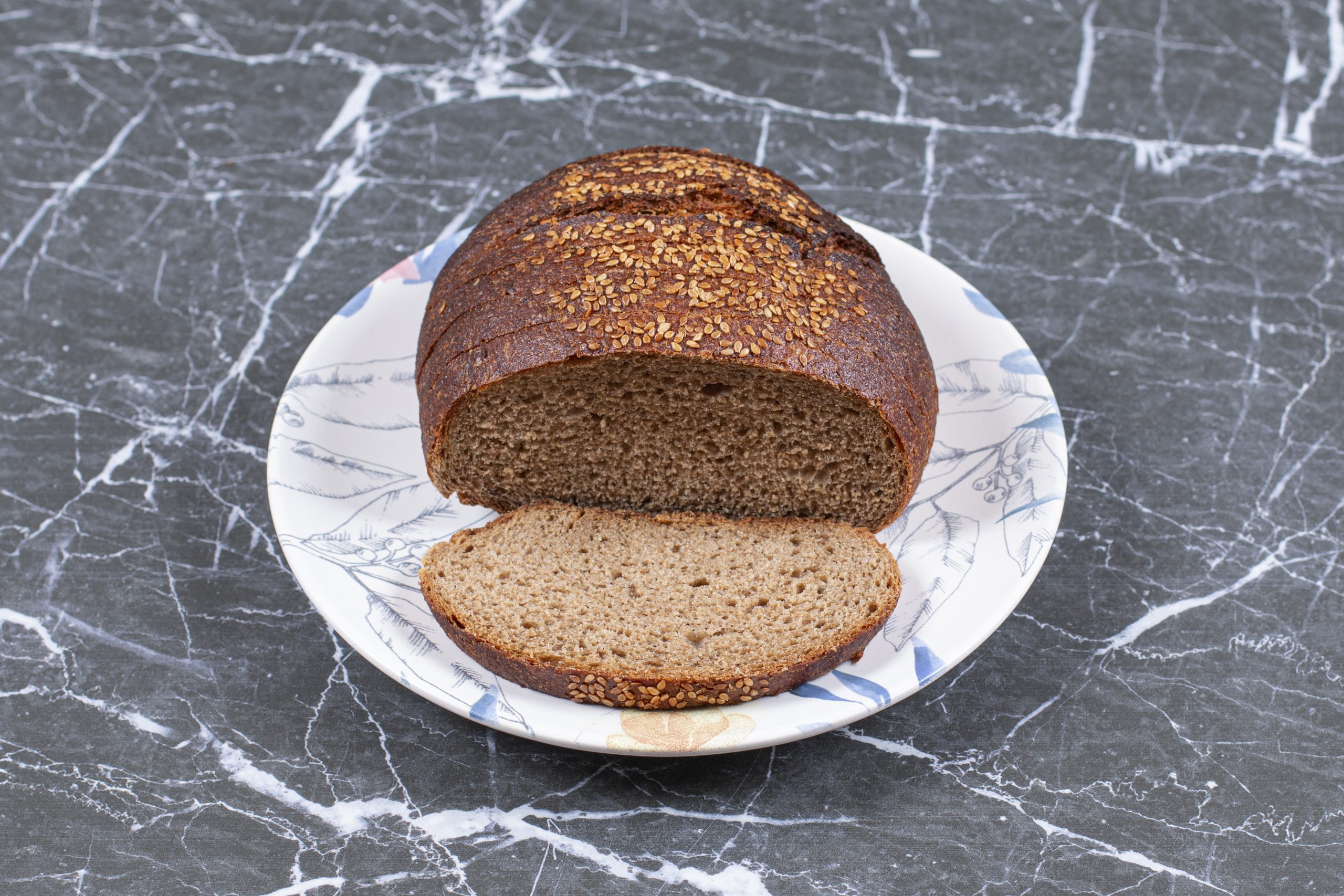 What is Ezekiel Bread?

It’s quite easy to explain if you don’t know what Ezekiel bread is or if it has been promoted to you as a healthy food without being properly explained. This tasty bread was created with sprouted grains and legumes and was motivated by a line from the biblical tale of the prophet Ezekiel.

Grain sprouting alters the grain’s composition by releasing several enzymes and converting some of the starches in the grain to natural sugars. This boosts the grain’s nutrient content and improves its digestion.

Supporters also tout other health advantages, but the scientific evidence for them isn’t as strong. It’s a dense, richly colored loaf with a rich flavor and moist, almost cake-like texture from a culinary standpoint.

How to Store Ezekiel Bread?

Switching from white bread to something healthier is a fantastic starting point if you want to make your diet slightly healthier but haven’t completely given up on carbs. Whole grain bread is a minor improvement over spongy white loaves, but they offer much more. However, since Ezekiel bread and other high-nutrition products lack preservatives, they will require a little more attention.

Ezekiel bread is a great choice if you are looking for a healthy loaf. This bread is made with sprouted grains, which contain more fiber and protein than ordinary grains. It also contains vitamins, minerals, and iron.

You can store Ezekiel bread in a freezer for several months. You can keep it in a vacuum-sealed bag. If you want to thaw it quickly, you can place it in a microwave. But it would be best if you did not allow it to sit out for too long. After five days, the bread can start to mold.

Ezekiel bread is a good source of vitamin B, zinc, and iron. It also contains nine essential amino acids. And it has a moist texture.

Unlike conventional bread, Ezekiel bread is preservative-free. That means it is safe to eat. However, it is not as shelf-stable as other types of bread.

Unless you store it in the fridge, Ezekiel bread can only stay fresh for a few days before it goes bad. A few reasons why bread can go bad are moisture, sunlight, and heat.

If you are looking to add whole-grain bread to your diet, you might want to consider using refrozen Ezekiel bread. This type of bread is easier to digest than other types of bread. And it is rich in minerals.

The nutrient content of Ezekiel bread is much higher than regular bread. It contains a lot of fiber, which helps in regulating digestion. Additionally, it is packed with protein.

While this type of bread can be stored in the freezer, it is best to thaw it before consuming it. Otherwise, it can get hard and moldy. In addition, it can go stale quickly.

Unlike other types of bread, refrozen Ezekiel bread is not as good as fresh, but it is still safe to eat. You can either toast it in the oven or microwave it for a few seconds.

When you buy a frozen package of Ezekiel bread, you should read the label and check for the expiration date. These dates are usually four or five days past the actual sale date.

How to Make Ezekiel Bread?

Ezekiel bread is a healthy and delicious option for your next sandwich. It’s made from sprouted whole grains and is gluten-free.

Unlike ordinary bread, Ezekiel bread does not contain additives, added sugars, or trans fats. Instead, it is a rich source of vegetable protein.

A slice of Ezekiel bread is also packed with four grams of belly-filling fiber. Its texture is slightly grainy and chewy. This makes it perfect for toast. Alternatively, you can serve it as a main ingredient in grain bowls. You can enjoy it with different spreads and herbs.

To make your own Ezekiel bread, you will need the following ingredients. Ideally, your first ingredient should be whole-grain flour. Then, add an egg and some milk. Finally, it would be best to mix the bananas, butter, and spices.

Once you’ve prepared your Ezekiel bread, you can store it in your freezer for up to three months. However, it’s best to keep it in an airtight container and away from heat.

What is this Ezekiel Bread Stuff?

It’s no secret that whole grain loaves are healthier than bread produced with white flour. The bran and germ, which are the components of whole grain that provide the majority of the grain’s nutrition and fiber, are milled away to create white flour. Most white flour is “enriched,” meaning certain important nutrients have been brought back to make up for what has been removed, but it still contains little fiber.

Ezekiel’s bread travels the other way. Not only are whole grains used in its preparation, but also legumes. The inspiration for the concept and the name originated from the biblical passage Ezekiel 4:9, which mentioned baking bread from beans, lentils, and millet. It is spelled in addition to wheat and barley. Each of those elements is used in Ezekiel’s bread. Because it contains all the amino acids required to build complete proteins, the combination of grains and legumes is very potent. The bread also gains fiber and minerals from the legumes.

Before being dried and ground into flour, the grains used in Ezekiel bread are sprouted. Sprouted grains are thought to be more easily absorbed by the body and may increase the availability of some nutrients. The final product is a loaf that is substantially more nutrient-dense and denser than most store-bought bread.

Food for Life, the company that makes Ezekiel bread, advises against storing it for over five days at ambient temperature, up to two weeks in the refrigerator, or for a year in the freezer. This is likely due to the bread’s high nutritional value and lack of preservatives, which results in a shorter shelf life than the loaves you’re used to.

How long you consume a loaf will determine how you store your Ezekiel bread. You don’t need to take any particular safety measures if you want to use one up within the first few days. You might need to get more inventive if you don’t consume that much bread or if you always load up on Ezekiel bread anytime you’re close to a place that sells it.

Bread can be challenging. They may be fresh one day, and the next, you might notice mold. Manufacturers provide a range of expiration dates.

You can use this to determine how long the bread can be left out. The typical shelf life of Ezekiel bread is two weeks when kept at room temperature.

It’s excellent that so many people have started to store bread in the refrigerator. This will help to extend the shelf life of Ezekiel bread.

Ezekiel’s bread keeps well in the refrigerator for months. Just be sure to seal the packet securely.

Once you’ve finished using it, place it back inside the refrigerator. The bread will remain fresh for months as a result.

Don’t worry if you happen to have extra Ezekiel bread. Although the shelf life is typically approximately a week, it can be extended.

Many individuals eventually give up and freeze it. This is due to Ezekiel bread being a nutritious alternative. There are no preservatives in it.

Therefore, freezing prevents the food from naturally deteriorating. A year can go by with frozen bread.

You’ve probably seen that Ezekiel bread is offered frozen. This will help the bread stay fresh for at least a year.

Although freezing alters texture and flavor, there is a straightforward fix. Reheating the bread will bring back its original properties.

Therefore, don’t be concerned about freezing your Ezekiel bread. Keep it frozen to extend its shelf life.

Although Ezekiel bread has a shorter shelf life than other bread, it freezes beautifully. So, if you’re concerned that you won’t finish it, freeze it.

The bread should be frozen in portions, though. The spoiling process can be sped up by frequent opening and closing of the package.

Just be sure to keep your bread properly. After using it, be sure to close it properly. Avoid exposure to heat or sunshine whenever possible.

This will only shorten its shelf life. Make sure that the bread isn’t exposed to moisture. The bread will quickly become spoiled by moisture and sunlight.

Ezekiel bread is nutritious and delicious, but it ultimately doesn’t go well. When the bread isn’t properly preserved and left out in the sun and moisture for days, it quickly doesn’t go nicely.

Reference: The effects of temperature on the crystalline properties and resistant starch during storage of white bread

Food preservation can result in the formation of resistant starch (RS), which has several potential health advantages. The current study aimed to ascertain how bread’s crystallinity and RS content were impacted by storage temperature and time. White bread loaves were prepared, kept at refrigerated, freezing, and room temperatures, and then tested over a period of 0 to 7 days. The impact of storage temperature and duration on total crystallinity and RS content was assessed using RS determination and X-ray diffraction (XRD).

Both storage temperature and time impacted the rate of starch recrystallization; refrigeration temperatures sped up RS formation and total crystallinity more than storage times at both frozen and room temperatures. With a 96.7% reasonable rate, a robust statistical model linking RS production in bread and XRD patterns have been developed, suggesting that RS concentrations might be determined using XRD.

How do I Freeze Ezekiel Bread?

Ezekiel bread may be frozen in three easy steps:

Compared to grains kept in a pantry, the bread’s texture and quality won’t be much affected by the freezer, but it will have a far longer shelf life.

It should be no surprise that Ezekiel bread is one of the better.

This bread offers crucial nutrients because it contains no additional sugar, preservatives, or artificial flavors.

Grab some of your own Ezekiel bread and save some for later. Just be sure to store it in a freezer over the long term.

Make sure to keep it out of the sun and moisture. Your Ezekiel bread will last longer if you do this.