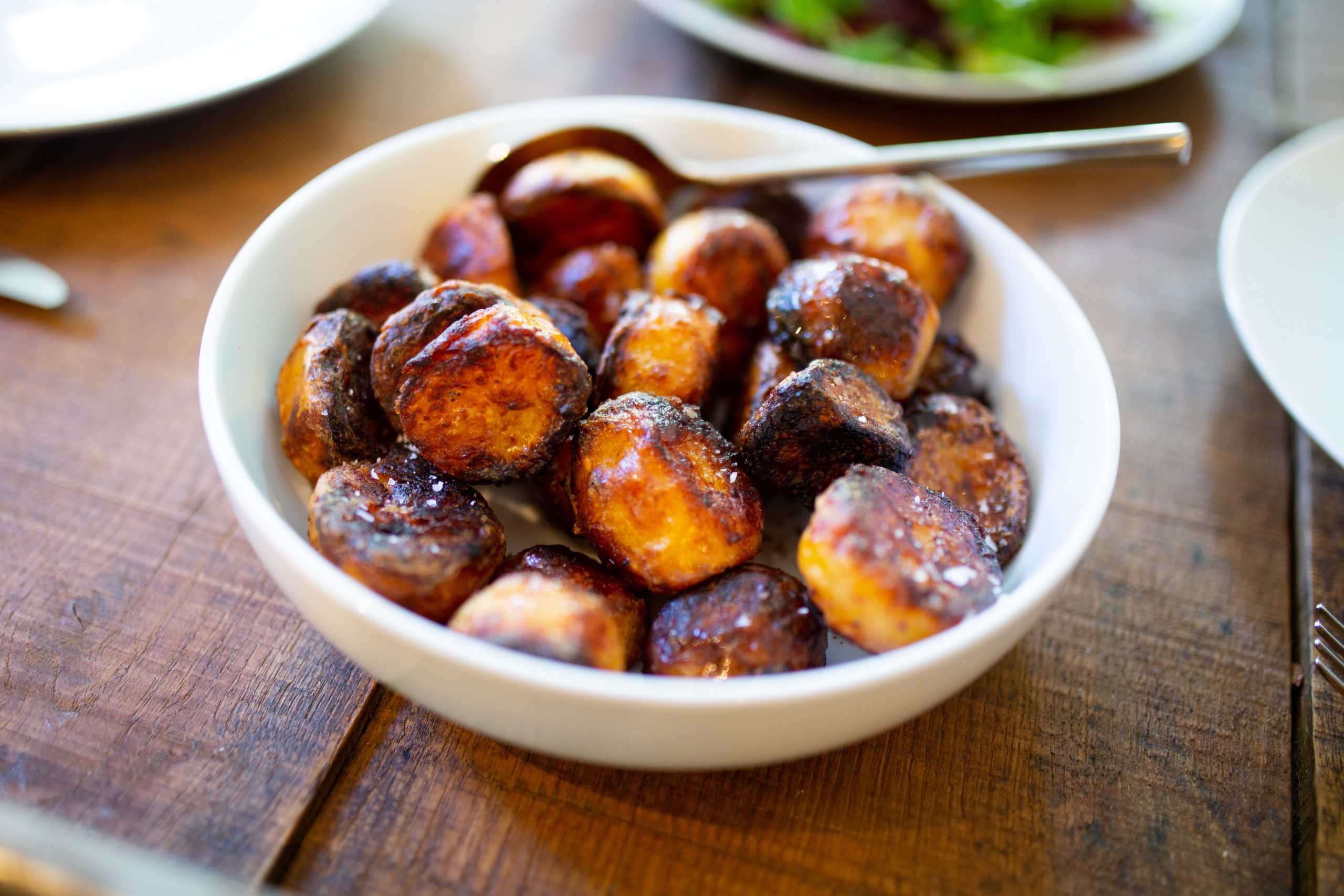 Any roasted root vegetable makes a tasty complement to meals during the fall and winter. This also applies to roasted potatoes. This November, I predict that many of us will serve a variety of roast potatoes on our Thanksgiving dinner tables. 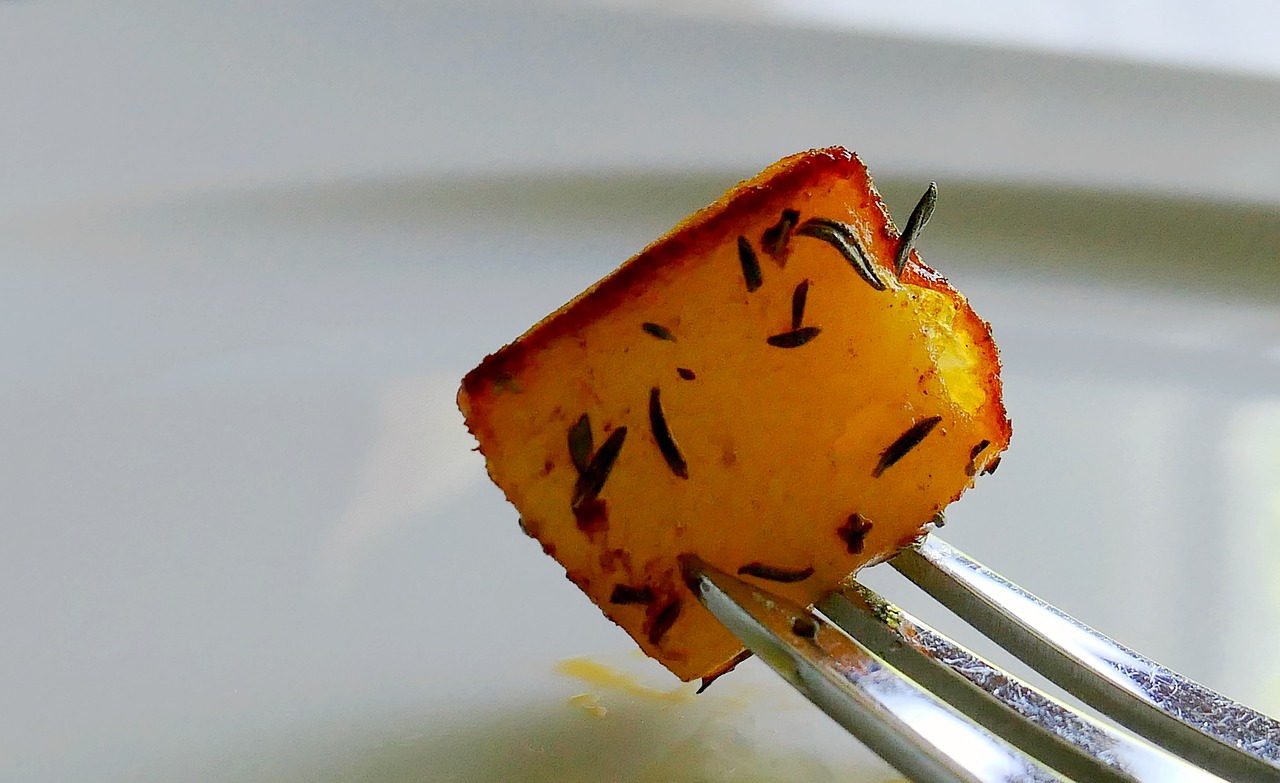 If you know how to reheat leftover roast potatoes, saving them for later is a simple process. You can try a few other approaches. In this article, I’ll describe how to reheat roast potatoes in the microwave, toaster, and oven using three common ways. Use the right oven because this approach will take a bit longer than the others. The potatoes will stay warm for longer if you parboil them before serving.

How to Reheat Roast Potatoes?

Over the weekend, I prepared a sizable quantity of roast potatoes as a side dish for supper and saved a few portions from experimenting with reheating techniques.

Reheating Roast Potatoes in the Oven

Preheat your oven to 400oF (200oC) and lightly grease a baking sheet. Place the greased baking sheet. When the oil is hot, arrange the leftover potatoes in a single layer on the baking sheet. Bake for 8 to 12 minutes, flipping the potatoes every few minutes to crisp up all sides.

To Reheat Roast Potatoes in the Oven, Follow These Steps:

Oil and butter are simple, but the best way to guarantee a consistent flavour is to use the same fat you used when you first cooked the food.

Before placing the potatoes on the baking pan, heat the oil to prevent it from absorbing into the potatoes, giving the skin a crispier finish.

Use caution when handling the tray because getting splashed by hot oil is unpleasant. If you have tongs, use them to flip the potatoes.

I also experimented with what would happen if I covered the baking pan with foil since I believed it could make the potatoes moister.

In truth, they were just as moist as when I baked them uncovered (and the skins turned out soggy).

Roasting potatoes in the oven worked out alright, although it wasn’t my preferred technique.

Despite not being mushy, the potatoes’ peel was not as crisp as I would have liked. The parts had to be turned over, which was a pain, and this procedure took the longest.

The oven would be the most effective method if you needed to reheat many potatoes. For better results in less time, choose a different approach if you’re only reheating a few for yourself.

Reheating Roast Potatoes in the Skillet

A nonstick skillet can be heated over medium heat by adding oil or butter. When the skillet is hot, add the potatoes and heat the lid for one to two minutes heat. The potatoes should then be removed from the lid, heated slightly further, and fried while continuously flipping them until they are crispy on both sides.

In a Skillet, Reheat Roast Potatoes As Follows:

The initial few minutes of cooking should be spent with the lid on the skillet to keep the inside warm and retain moisture in the potatoes.

I was concerned that the lid could cause the skins to become soggy, but luckily, this did not happen (I assume since I didn’t add any additional water).

Before placing the potatoes in the skillet, ensure the oil (or other fat you’re using) is hot.

Drop a breadcrumb into the pan to check the oil. The oil is sufficiently hot if it sizzles. If not, the potatoes absorb the oil as they cook and get oily. The oil is too cold if nothing happens.

Set your air fryer’s temperature to 350°F (180°C). If desired, lightly cover the roasted potatoes with cooking oil before setting them in the fryer basket. Shake the basket halfway through the five minutes of reheating to encourage even crisping.

Roast Potatoes Reheated in an Air Fryer As Follows:

Secondly, it will assispreventtoes from sticking to the fryer basket. For additional advice on avoiding sticking, read the air fryer’s instructions.

You can omit the oil if your potatoes already appear greasy.

Watch the potatoes carefully as they reheat. If you aren’t paying attention, it’s simple to overcook and burn potatoes.

My preferred method for reheating roast potatoes was this one.

This method produced potatoes with a quick cook time that were moist and crispy on the outside.

The best aspect is that you don’t need much cooking oil to give the skin extra crispiness, which is especially great if you’re trying to eat healthily.

Reheating Roast Potatoes in the Microwave

Put the roast potatoes on a platter lined with paper towels that is microwave-safe to reheat. The potatoes should not be in contact. Once thoroughly hot, microwave on HIGH for 30-second intervals. One component should last no longer than 30 seconds.

Reheating Roast Potatoes in the Microwave As Follows:

Any leftover fat from the initial cooking of the potatoes that may still be on them will be absorbed by the paper towel on the platter.

Because microwave oven wattage varies, your appliance will determine the overall cook times. To prevent overcooking, check your potatoes after every 30 seconds.

Although it was quick, this method did not produce any palatable reheated roast potatoes.

While the outside was damp and somewhat unpleasant, the interior was moist.

Do not use a microwave, in my opinion.

Roast potato reheating is a typical kitchen duty, but many choose toaster ovens. The potatoes reheat more quickly in the oven because of the high heat, while the thin foil preserves moisture. Use a toaster oven or microwave to get crispy, golden-brown potatoes. Use the microwave to cook the potatoes until they are crispy, but ensure you adjust the temperature to low or medium.

For reheating roast potatoes, a toaster oven is preferable to a microwave. Additionally, you can use this gadget to prepare delectable breakfast, lunch, or dinner. Try this rosemary and garlic-infused, crispy-on-the-outside roasted potatoes. Anytime you want, you can reheat roasted potatoes. You can always make excellent meals with the toaster oven, even in a hurry.

Roasting Potatoes after a Quick Boil

Parboiling potatoes before roasting them is a terrific strategy to speed up the cooking process. Compared to boiling them in water, this method of cooking potatoes is different. The potatoes should be prepared and cooked in the centre and have a tender exterior. The water level in your saucepan needs to be about an inch above the potatoes to parboil potatoes properly. After parboiling them, you should use a fork to check if they are finished.

Before roasting, parboil the potatoes because doing so will help them cook more evenly; if you are cooking a huge potato, it will also speed up the process. Make sure to cut your potatoes evenly before parboiling them because any irregularities will result in uneven cooking. When you put the potatoes in the water, make sure they are at a warm temperature. If not, they will simmer rather than roast.

Reference: The nutritional value of potatoes and potato products in the UK diet

How Should Frozen Roast Potatoes be Reheated?

Your roast potatoes don’t need to defrost before cooking. I advise reheating frozen roast potatoes in the oven. Bake a baking tray in a 400°F (200°C) oven that has been preheated. The potatoes should then be arranged on the baking pan and heated for 20 to 23 minutes while frequently flipped. (Scroll up to the “Reheating Roast Potatoes in the Oven” part and just change the timings for more thorough instructions.)

The roast potatoes should not be defrosted before reheating because the skins may get mushy. However, if you choose to thaw your potatoes before reheating them, be sure to do it in the refrigerator and not at room temperature.

Is it Possible to Cook Roast Potatoes and Reheat Them the Next Day?

You can roast potatoes ahead of time and reheat them later, or you can partially boil them first. If you partially boil the potatoes, cover them in oil or fat and store them in the refrigerator. To regain the crispy texture, roast them at 400oF (200oC) for about 20 minutes before serving.

Is it Necessary to Parboil Potatoes Before Roasting Them?

Boiling your potatoes for a few minutes before roasting helps ensure a beautiful crisp crust on the outside. If you don’t parboil your potatoes, the outer skin will remain tough, preventing any fat from getting inside the cracks.

Everyone, no matter their age, enjoys roast potatoes. You’ll never have to watch your perfect roast potatoes turn into mushy messes or hard rock-like pieces if you follow this helpful guide! If by chance, you have leftovers after the meal, you can easily reheat them using the methods outlined above.

Instead, reheating potatoes will be a simple process that will only take a few minutes of your time. After reheating the potatoes, I looked for both ease and quality. The air fryer worked best for reheating the roast potatoes. For various reasons, the oven and skillet produced good but not exceptional results. And I strongly advise against using the microwave.