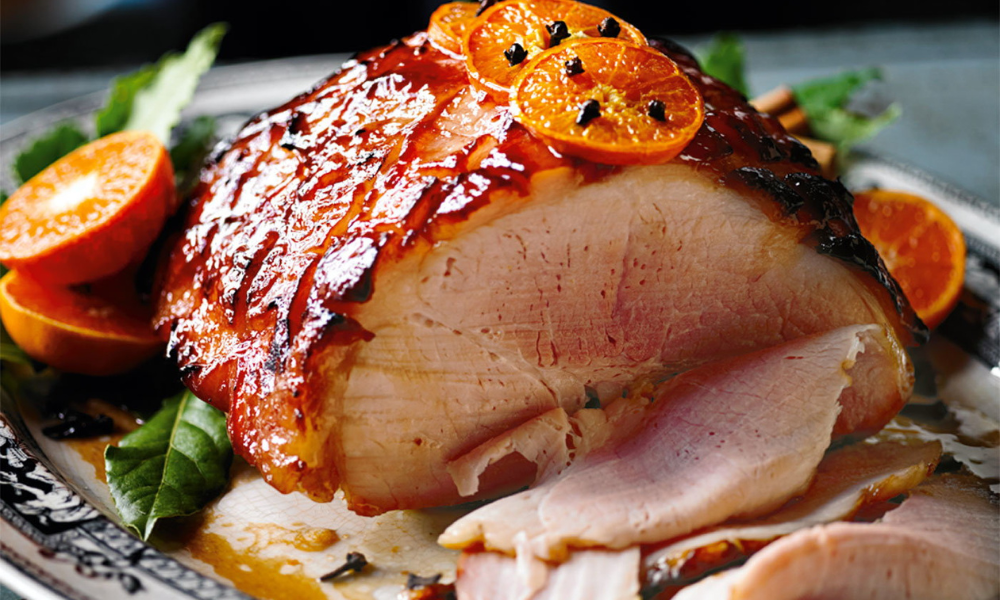 Gammon is one of the most delectable options when it comes to providing large portions of meat and all the fixings for special family gatherings. Gammon always leaves enough leftovers for everyone at the meal, whether it is honey-roasted or just baked in the oven.

Is it therefore feasible to reheat gammon at a later time if you have more than you can eat at one time? Yes! 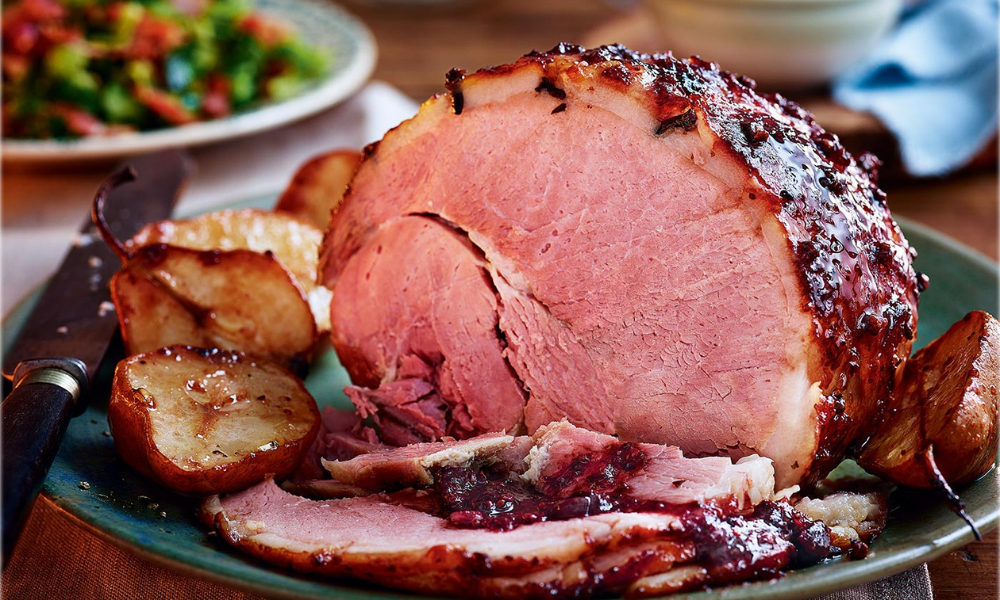 How to Reheat Gammon

The greatest choice for warming a whole gammon is to do so in the oven. However, you may reheat any remaining gammon slices in the microwave for a few seconds to enjoy them warm.

Gammon Reheating in the Oven

If you have a complete gammon, the following method is by far the most effective for successfully reheating it:

Put your gammon in a dish that can go in the oven. To stop the gammon from drying out, add some moisture to the top (you may use water, honey, other sauces, etc.), and then put the gammon in the oven.

Before taking your gammon from the oven to determine whether it is done, cook it for about twenty minutes.

Before serving, the reheated gammon must reach a minimum temperature of 75C or 165F. If it’s not hot enough, put it back in the oven and give it another ten minutes before checking.

When your gammon reaches serving temperature, it’s ready to slice and serve.

How to Reheat Gammon in the Microwave

It’s a little surprise to find gammon from a family meal still in the fridge! It’s best to slice your gammon before putting it in the fridge or freezer so you can quickly reheat individual parts as needed. Here’s how to microwave reheat sliced gammon:

Slice your gammon into your chosen portion, if you haven’t already.

Put gammon on a plate for the microwave.

Sliced gammon should be placed on a platter suitable for the microwave along with a small amount of liquid to prevent drying out.

Before serving, reheated gammon must reach a minimum temperature of 75C or 165F. If necessary, take it out of the microwave to verify the temperature before putting it in.

Your sliced gammon ought to be at serving temperature after a minute.

How to Effectively Reheat Gammon?

Try to follow these 3 straightforward recommendations for total success while reheating gammon:

Remember the Moisture – Even though gammon is tasty, if you don’t add moisture when you’re reheating it, it will dry out. Gammon can actually be enhanced with a variety of liquids, so try to remember to add that crucial splash of liquid to avoid disappointment!

Embrace the cold – An excellent sandwich filler is a cold, thinly sliced gammon. You don’t have to reheat it to enjoy it, and many would even contend that cold gammon is preferable!

The greatest alternative may be to slice your remaining gammon and put it on a sarnie if you’re searching for a quick and simple way to use it up.

Freeze It – Sliced gammon that you won’t be able to eat right away can be frozen for several months. Gammon should not be frozen whole because it must be defrosted gradually and utilized all at once. The bottom line is that you don’t have to waste your leftover gammon because you can eat it cold, warm, or frozen.

How Are Gammon Steaks Prepared?

There are two ways to make gammon steaks: pan-frying or roasting. With unique cooking temperatures, timings, and seasonings, each is distinctive from the others. They also taste great when grilled.

Gammon steaks can be fried in a pan with relative ease. The perfect gammon steak can be pan-fried by simply:

In a sizable cast-iron or nonstick pan, heat your chosen oil or butter.

On both sides of the gammon steak, sprinkle black pepper. Avoid adding salt because the cut is already salty from the environment.

Put the gammon steak in the pan, and make sure it’s hot enough to sizzle like bacon.

3 minutes or so for either side.

The gammon should have a beautiful golden-brown crust and be a deep shade of pink.

It’s just as simple to cook gammon steaks in the oven as it is in a pan. To make the best oven-roasted gammon steak, follow these steps:

On both sides, lightly season the gammon steaks with black pepper and oil. Choose and feel free to season whichever you please.

Place the steaks on a baking sheet covered in foil or parchment paper. Per side, cook for about 8 minutes.

How Can Gammon Steaks Be Kept Fresh?

Gammon steaks would benefit from being stored based on when you intend to eat them. Use gammon steak as quickly as you can after purchasing. If not, they can be stored in the freezer for up to four to six months at -18 degrees Celsius and in the refrigerator for up to two to three days at five degrees Celsius or below.

When storing gammon steaks in the refrigerator, make sure they are tightly wrapped or put in a sealed food container at the bottom of the unit. To avoid freezer burn, wrap the steaks firmly before putting them in the freezer (either in foil, cling film, plastic freezer bags, or parchment paper).

How Can I Buy Gammon Steaks?

Finding the right gammon steak might be an art, but there are certain telltale signals that a piece of gammon is ideal.

In particular, you have to look for a gammon cut that:

has a high meat-to-fat ratio and a thin rind.

It is off-white, looks faintly pink, and there shouldn’t be any fat on it.

Have Gammon Steaks had a Minimal Amount of Water Added?

In supermarkets, gammon steaks are often sold in sets of two or three. When buying pork, you may also look for the Red Tractor logo; this assurance program can aid consumers in their decision-making.

Asking your butcher for cooking tips when making a purchase makes sense because they are probably the authorities on the particular cut. Butchers are also talented cooks, so you might be able to steal a delicious recipe from them as well!

If you don’t reside in the UK, you might come across gammon in the grocery shop that is labeled as “ham.” Make sure you are aware of the differences between gammon and ham.

What are the Few Gammon Steak Recipes?

The earthy flavors of lentils and gammon go extremely well together.

grilled gammon with cheese and cauliflower

On gammon, cauliflower cheese serves as both a vegetable and a sauce.

To add sweetness and improve the flavor of the meat, the glaze should be drizzled on as the gammon cooks.

Sticky gammon steaks and an apple and bulghar salad

What Recipes Include Gammon?

Even more delectable with pineapple, tomatoes, side peas, a gammon egg, and chips.

Chips We prefer to make our own air fryer chips, but you can buy frozen chips if you’d prefer. However, as they take the longest to prepare, cook them first!

While the gammon and chips are cooking, fry some pineapple rings and tomatoes. Oil is applied to the tomatoes, and brown sugar is added to the pineapple.

Cook pineapple till golden brown on all sides.

Since duck eggs are bigger than chicken eggs and the huge, flowing yolk makes a great, creamy dip for the gammon and chips, we like to use duck eggs for our gammon egg and chips dish.

How is Gammon Boiled?

Boil your gammon for ten minutes. Put the gammon in a large pot and cover the meat with water from the faucet until it is completely submerged. Bring the saucepan to a boil by starting the fire. Ten minutes should pass as it boils.

Cover the pan to retain the heat inside. To let some steam or air out of the pan, tilt the cover. Since the cover will keep the heat in the pan constant, the gammon will be properly boiled.

Drain the water from the pan and turn off the heat after 10 minutes. After 10 minutes in boiling water, your gammon will be properly cooked. Remove the pan’s lid and put it to the side.

Put on oven mitts to hold the pan’s sides. Slowly pour the water into the drain or sink.

The lid can retain the gammon in the pan while draining the water. While turning the pan to prevent the gammon from falling out, let the water drain from it.

Following a boil, the water is simmered for one to three hours. Until the water in your pan starts to bubble once more, turn the burner’s heat down.

Stew the gammon in the pan for an hour if it’s tiny. You should simmer it for about three hours if you have a lot of gammons. If the gammon is bigger, you can cook it for longer.

Prepare the gammon. Once the gammon has completed simmering, it is ready to be served. Serve the gammon hot with potatoes, cauliflower, or other sides. Over the following few days, you can create sandwiches out of the gammon while it cools.

Put the gammon in a container and store it as soon as you can after dinner.

Reheating gammon can be a simple task if you follow a few simple instructions. The first step is to make sure that your gammon is at least 75 degrees Celsius (165 degrees Fahrenheit) before reheating it. To make sure that your gammon is fully cooked, slice it and moisten it with liquid or honey. Then, place the gammon in a microwave for about 30 seconds on a medium setting.

You can reheat gammon in the microwave, oven, or even in the fridge. However, you must take care not to overheat it because it will become dry and taste bad when added to the soup. Therefore, it is best to reheat the gammon only once. However, if you’re unable to thaw your gammon completely, you can reheat it twice.