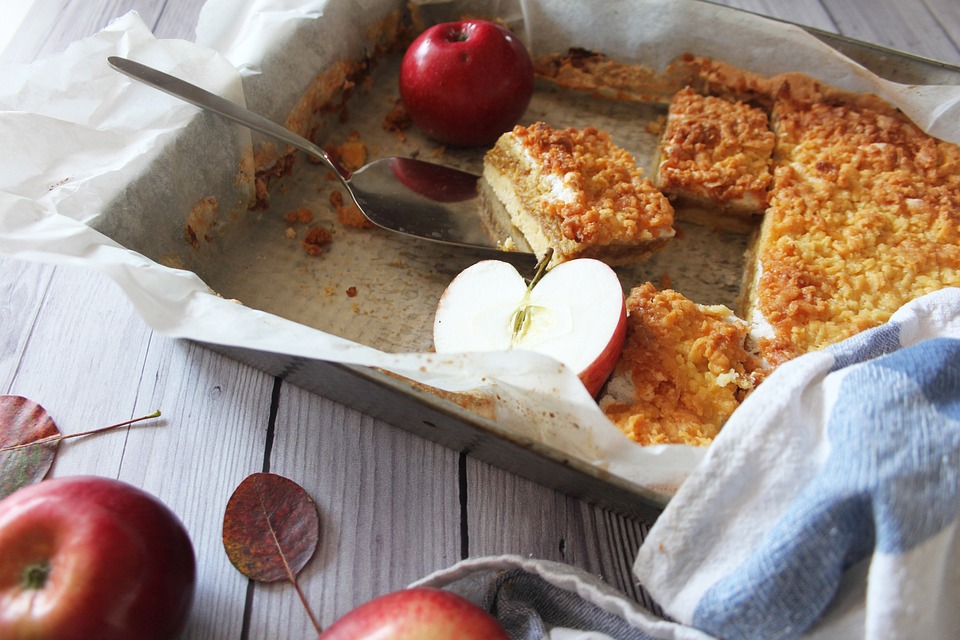 Anyone who has ever cooked a dessert from scratch understands how difficult it can be to throw away even a small portion of it after putting in so much effort. Is there a method to freeze apple pie, as it’s one of our favourites and many of you also enjoy it?

Apple pie can be frozen! Although they tend to lose some texture upon thawing and may be slightly soggy on the bottom, most pies may be safely frozen. The crusts might not be as flaky as the originals, either. They will still taste fantastic and shouldn’t lose their flavour, though. 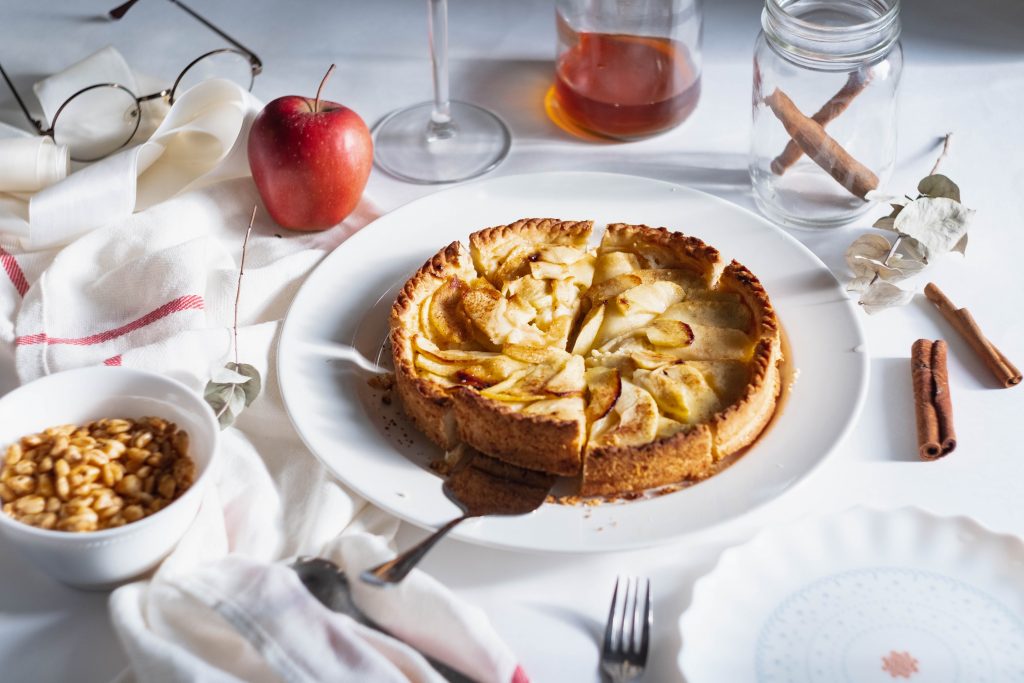 The Best Way to Freeze an Apple Pie

There are leftovers from the excellent apple pie you made for your visitors. Simply put, you’re unsure if you’ll manage to finish that pie before it spoils. How do you behave?

Make sure it is covered and not exposed to sunshine or direct heat. The key to effectively freezing cooked apple pie is to wrap it well.

Avoiding freezer burn and other conditions that could injure it is important.

The steps for freezing baked apple pie are listed below. This is being taken into account as more than one slice. It could be the entire pie or just a slice.

Putting your baked apple pie in the freezer is not difficult. You should pay special attention to two things: letting the pie cool completely (8+ hours) and ensuring it is completely wrapped, preferably in two layers.

You can freeze unbaked apple pies if you’re making a bunch of them ahead of time and know you won’t bake or serve them straight away.

Since you don’t have to bother about baking and cooling it, we believe this is the ideal way to freeze apple pie because you can just transfer it from the freezer to the oven when you’re ready to use it.

The fact that there are so many good options is fantastic, though. None of them leaves you with a bad choice.

It is recommended to leave an unbaked pie entirely uncut when freezing it. We advise against even cutting slits on the top of the crust. You can do that just before baking the pie.

If you made a pie with a latticed top crust, you can try freezing it with the pie right side up and just covering the top with plastic wrap.

Your pie filling may easily go missing before the pie has frozen. It takes roughly 24 hours to freeze completely.

Here are the steps you need to do to freeze an unbaked apple pie.

How to Freeze Slices of Apple Pie?

Pies, both baked and unbaked, have been discussed, but what happens if you just need to freeze one slice? What if you have multiple slices and want to freeze them separately so you can take them out as needed?

We advise performing a small pre-freezing before freezing slices to maintain the filling where it belongs—inside the crust. The most difficult element of freezing individual apple pie slices is doing so.

You may freeze apple pie pieces by following these steps:

Just take out the one slice and warm it up a little when you’re ready to eat it, or use it for a buddy. In the case of a single slice, you can microwave it or bake it for a short period.

Working with an apple pie slice is extremely simple. It does require the additional pre-freeze step to freeze properly simply because the filling might easily end up in a mess.

Is it Better to Freeze Cooked or Uncooked Apple Pie?

Homemade pies are a delectable treat that can be made in advance, frozen, and cooked whenever you want something extra special. Pumpkin and fruit pies are considerably better frozen before baking than after. Pies cannot be frozen after baking without noticeably affecting the texture.

How is Apple Pie Defrosted?

You must remove the apple pie from the freezer when ready to eat it again.

After being frozen, apple pies don’t need to be warmed up before being served. Whether you want it heated, cooled, or at room temperature is ultimately up to you. An apple pie must be baked after freezing only if it wasn’t prepared beforehand.

Place the pie in the refrigerator, cover it, and let it defrost for about 6 to 8 hours or overnight. The pie can also be left out to thaw on the counter for 3-5 hours. Because you don’t want any of your ingredients to go bad, be careful not to leave them overnight.

How to Reheat Apple Pie?

You can reheat apple pie after freezing it using the oven or microwave. The pie will warm up quickly in the microwave, but it may not get as crisp as in the oven. To avoid a soggy crust, reheat it in the oven. It will take 15 to 30 minutes. After reheating, you can serve it.

Microwave Reheating: Microwaves can reheat an apple pie in a few minutes, but they are not the best option for whole pies. Microwaves are small and do not have the same power as an oven, so they will not heat a pie completely. Using the oven is the best option, and although it can take some time, it is worth it once the pie is warm.

Do Apple Pies Ever go Bad?

There is always a chance that your food will spoil, even apple pie. Throw it away if you see mould forming on it.

It could be time to throw it out if there is a lot of extra water. You can also use your nose to detect rotten or odd scents.

Can a Pie in a Glass Dish be Frozen?

Don’t put a casserole in the freezer while it’s still hot if you baked it in a Pyrex dish and wanted to freeze the leftovers. Instead, allow the casserole to cool to room temperature before covering and freezing it.

The Pyrex glass containers can be frozen and warmed easily because they are freezer, microwave, and preheated oven safe.

Can I Prepare Pies for Thanksgiving in Advance?

A fruit-based pie can be baked a few days in advance and kept for up to two days at room temperature or up to four days in the refrigerator by keeping it loosely wrapped.

Preparing apples a day or two in advance if you plan to cook them is acceptable.
If you’d like to avoid smushing your lovely pie crust designs by covering the pie when it’s still soft, flash and freeze it on a baking sheet before wrapping it in plastic wrap and placing it in a freezer bag. Up to six weeks, freeze.

How Come my Apple Pie was Mushy?

Even if you pick the ideal apple kind, mushy apple pie filling will result from overripe apples. Apple pie filling should not be overly sweet. It is just tangy enough to balance the additional richness of the brown sugar and cinnamon.

If you are wondering how to freeze apple pie, there are several steps you can take. The first step is to make holes in the pie with a fork or knife near the centre and a larger hole near the edge. The next step is to bag the pie. This will help prevent it from drying out.

Some individuals choose to freeze pies before baking them, keeping the new dough intact and freezing the whole pie. In this manner, they can simply be transferred from the freezer to the oven and baked by the recipe, producing a pie that has the same flavour and texture as one that has just been produced from scratch.

This is because before being placed in the oven for the first time, the crust was not baked. Make sure to cut vent holes in the crust so steam may escape when baking.