Depending on the type of tuna, canned or uncanned, the question of how long does tuna last in the refrigerator can be a little different. Canned tuna expires after three years. But if you’re wondering how long your tuna salad or steak will last, here are some tips to keep your leftovers safe. First, cover bits with a lid or airtight container. Second, store leftover tuna salad away from other items in the refrigerator. 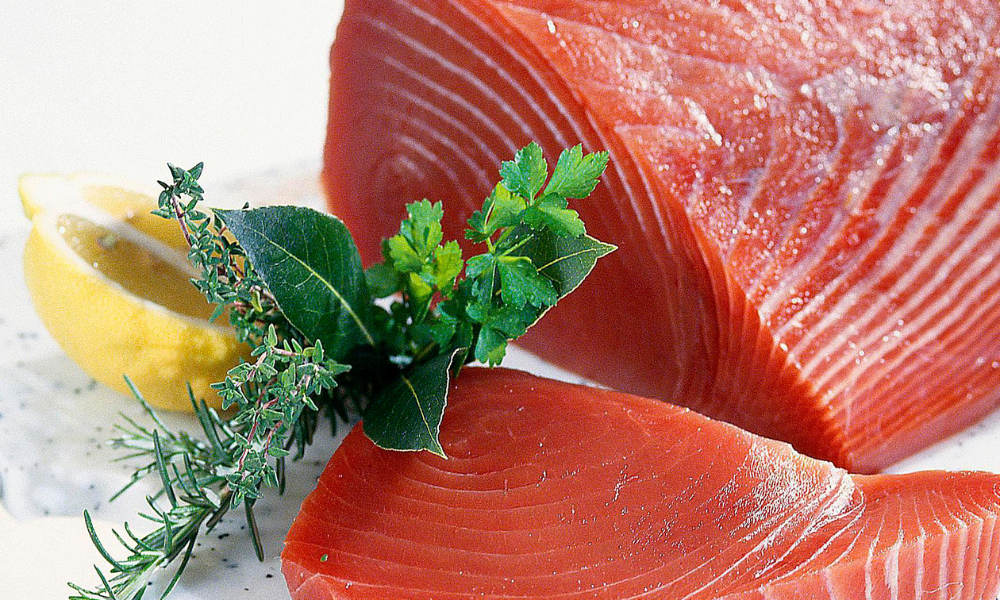 How Long does Tuna Last in the Refrigerator?

As long as the can is undamaged, unopened canned tuna is generally safe to consume years after the expiration date on the label. Canned tuna keeps in the fridge for three to five days after being opened.

The same is true of canned food generally, and canned tuna is no exception. I probably wouldn’t dare to open a can that was 30 years old, despite some reliable sources claiming that it lasts forever. But if it has only been “expired” for a short while, it’s not a big concern (at least for me).

Let’s now talk about quality. There’s little reason why the product shouldn’t preserve its quality for much longer, even if the producers guarantee that it will (depending on the brand) for 3 to 5 years after canning.

The tuna isn’t anything fishy because it is kept in an (almost) hygienic environment. Therefore, a can that is nine years old shouldn’t expire or even taste much worse than one that is four years old.

Your handmade or store-bought tuna salad will keep in the fridge for three to five days, and it is no longer safe to consume if left out on the counter for more than two hours. Therefore you should throw it away.

That is how the USDA recommends storing salads, so follow their advice. Additionally, after opening, canned tuna lasts that long in the refrigerator.

While tuna salad should not be consumed after those five days because you run the danger of getting food illness, there are situations when you may need to throw it out earlier for quality concerns. Everything depends on the materials.

Your salad could look (and taste) quite terrible after two to three days if it contains yogurt or another dairy product that likes to separate. With homemade salad dressings, the same principle applies.

However, if you use a store-bought dressing, like ranch or mayonnaise, it won’t probably separate, and the salad should stay fresh for the full five days. Naturally, assuming it is properly stored.

Speaking of dressings and separation, you might want to try various dressing substitutes to see whether they produce better storage outcomes. Maybe the salad will last longer if you add a different one or less.

Prepare more salad than usual, and try preserving the leftovers for a few days if you’re unsure how well it keeps. You’ll discover how quickly its quality degrades in this manner.

How to Keep Tuna Salad Fresh?

Whether the tuna salad is handmade or purchased, keep it in the refrigerator in an airtight container.

Can You Freeze Tuna Salad?

Your salad’s ingredients will determine this. Crisp vegetables will become floppy and watery after freezing, and dairy products will separate (check my article on freezing yogurt to see what that looks like). Your clothing may also separate.

But even then, you might only need to stir the salad for it to taste good (or at least acceptable). It all comes down to individual choices. It’s best to take a test drive as a result.

Check it out by freezing one serving in an airtight jar for a few days. It probably won’t taste great, but it might be OK. But odds are the salad won’t taste all that wonderful, so be prepared to throw it away.

Does Tuna in Cans Go Bad? How Can I Tell if Tuna in a Can is Bad?

Even tuna in a can that hasn’t been opened can go wrong, though it doesn’t happen often.

When should you throw out tuna in a can? The can is dented, rusted, leaking, swollen, damaged, or swollen. Throw away the can if there is anything wrong with it. Said something likely went wrong during the canning process and took that as bad karma.

The can bursts or makes a loud popping noise when opening the can. The tuna in a can that has carbonation is lousy. Not champagne, this.

The smell of the tuna is unpleasant or bitter, and it is impossible to eat something that smells off. The color has altered. Typically, canned tuna has a color that ranges from light brown to light pink, occasionally with a slight reddish cast. It’s not ideal if it’s dark brown or even black.

Tuna leftovers are kept in the refrigerator for over five days. No matter what, throw them away if they’ve been sitting in the fridge for that long.

Give the tuna a taste before deciding whether or not to consume it if none of those above conditions are present. Your sense of taste is reliable.

The fish will probably be delicate if you open the can and be prepared to use in your tuna salad (this is how long tuna salad keeps).

What to Look for in a Bad Tuna Salad?

Your tuna salad must be discarded if:

What are the Health Advantages of Tuna?

Vitamin B12, required for the formation of DNA, is abundant in tuna. Additionally, vitamin B12 aids in the production of new red blood cells and helps to ward off anemia.

Additional advantages of consuming tuna for health include:

The abundance of omega-3 fatty acids in tuna fish may contribute to a decrease in LDL cholesterol and omega-6 fatty acids that can build up in the heart’s arteries. According to studies, more omega-3 fatty acids are linked to lower incidences of cardiovascular illness, including heart attacks.

Reference: Intake of Tuna or Other Broiled or Baked Fish Versus Fried Fish and Cardiac Structure, Function, and Hemodynamics

Additionally, the omega-3 fatty acids in tuna appear to be beneficial for eye health. Women who ate multiple portions of tuna each week had as much as a 68 percent decreased chance of developing dry eye, according to a study of 40,000 female health professionals. Omega-3 fatty acids may also improve the retina’s general health.

May Cancer Risk is Lower

Omega-3 fatty acids found in tuna are also thought to lessen inflammation and decrease the formation of malignant cells. This is significant since persistent inflammation has been linked to numerous cancer forms.

It’s a lean flesh, tuna. As a result of its low-calorie content and relatively high protein content, it helps you feel fuller for longer and prevents you from eating more. In one study, teens who had tuna or other lean fish regularly for several weeks lost an additional two pounds of weight on average than the control group.

How to Cook Tuna?

All around the nation, supermarket stores carry fresh or canned tuna. Some might find that canned tuna is preferable because it has less mercury than fresh tuna. Tuna in a can is always cooked before being opened and can be consumed immediately.

In a skillet, you can bake, broil, or sauté grocery store-bought tuna steaks. Apply your preferred flavor or marinade before cooking. You can either wait till tuna is in season or buy frozen tuna steaks all year long.

Here are some suggestions for increasing your intake of tuna:

How Frequently Should You Eat Tuna?

Although tuna is highly healthy and full of protein, good fats, and vitamins, it shouldn’t be consumed daily.

However, studies suggest that routinely consuming fish with a mercury content of more than 0.3 ppm may raise blood mercury levels and cause health problems. Most tuna species weigh more than this.

As a result, most adults should consume tuna in moderation and consider going with another fish with low mercury content.

When purchasing tuna, choose skipjack or canned light kinds over albacore or bigeye because they do not contain as much mercury.

As part of the advised 2-3 servings of fish per week, you can eat skipjack and canned light tuna together with other low-mercury species, including cod, crab, salmon, and scallops.

Eat albacore or yellowfin tuna no more frequently than once a week. Avoid bigeye tuna as much as you can

How Much is Canned Tuna Safe to Eat?

Fortunately, neither parents nor children have to stop eating tuna altogether.

These suggestions are based on EPA guidelines and assessments of mercury levels in the most widely consumed canned tuna:

Canned albacore or white fish (0.32 parts per million of mercury). Children under the age of six can consume up to one 3-ounce portion per month; children aged six to twelve can consume two 4.5-ounce servings per month.

Adults can safely consume this type of tuna up to three times per month, including pregnant women (women, 6-ounce portions; men, 8-ounce portions).

The safer option is canned light (0.12 parts per million of mercury). Three 3-ounce pieces are allowed for children under six each month, and they can be eaten once a week without harm by adults and older kids. Watch out for “tonno” or “gourmet,” though. They can have mercury levels comparable to those in white canned tuna because they are manufactured with giant yellowfin tuna.

A better option is canned salmon, especially sockeye or pink salmon from Alaska, which is vital in heart-healthy omega-3s and low in pollutants. In addition to being sustainably harvested in Alaska and reasonably priced, it is a fantastic option all around.