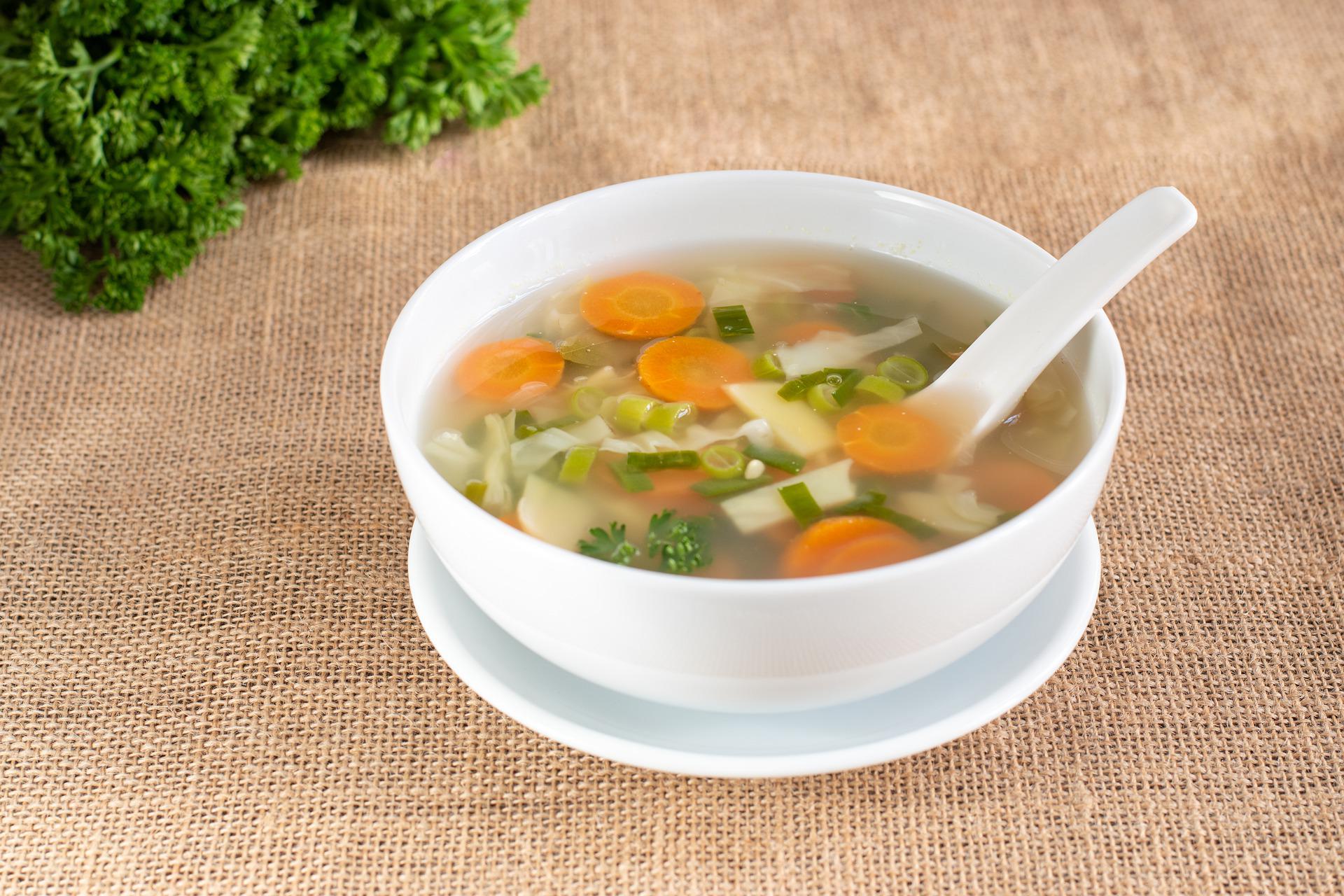 Whether done in the microwave or stovetop, reheating soup is simple. Always defrost in the refrigerator or the microwave, following the suggested duration. Only take out what you will eat and keep the remaining food chilled; avoid reheating a portion more than once.

Reheating clear soups or broths requires bringing them to a boil for three minutes to ensure that any potentially dangerous bacterial growth is eliminated. Because they can be brought to a boil without running the risk of burning, soups are, in a way, the most adaptable meal in terms of preservation and repurposing, and this is more challenging to accomplish with thickened soups. 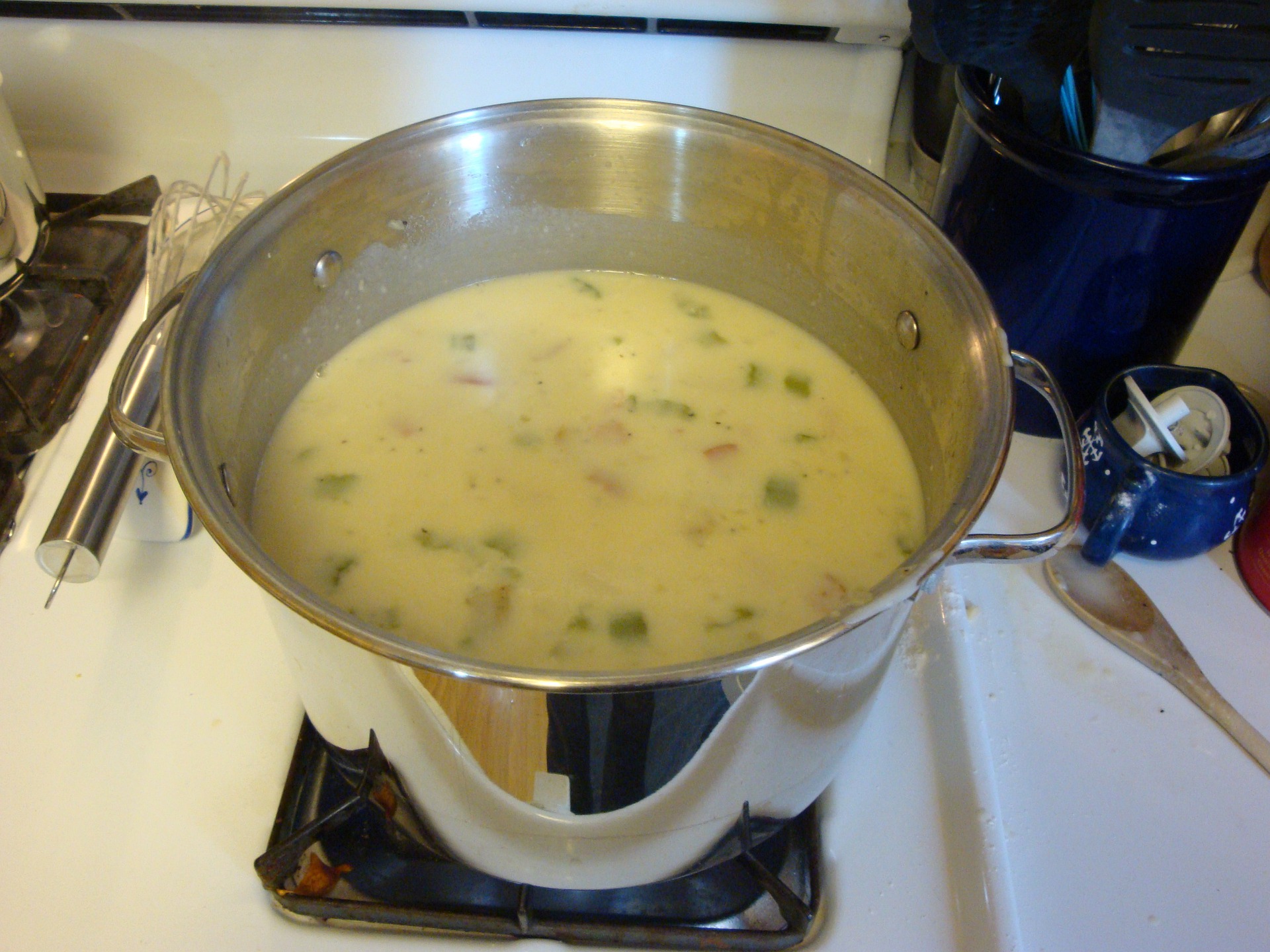 Soups are mostly made of seafood, thickened with flour or cream, or those more challenging to reduce without making them too salty, thick, or foggy. Bring the soup just to a boil, then reduce the heat, stir, and simmer it gently for three more minutes as long as you are confident it doesn’t smell or taste “off” when you remove it from the refrigerator.

Soup is a cheap meal option, especially if you prepare a big pot and freeze portions to warm them later. According to the USDA, soups can be frozen at 0 degrees Fahrenheit for three to four months or kept in the refrigerator for three to four days. Getting soup to the ideal temperature to assuage food safety worries and your palate is the biggest challenge when reheating it.

Here are Some Ways to Reheat Soup

Pour the soup into a saucepan that is big enough to contain it without any of the boiling water spilling over the sides. Use a larger pot if the soup overflows the one you have.

A lot of the extra soup liquid will have been absorbed by the pasta or rice during storage in the refrigerator, so add more water, mainly if the soup contains either of those ingredients. For every 1 quart of soup, PennState Extension advises adding 1.5 cups of water.

If the soup is not frozen, increase the heat to at least medium. You can use high heat if you’re confident that the pan can withstand it and the soup contains broth essentially. Add the water and simmer the soup on low for a few minutes to melt it if it is frozen. Then raise the temperature.

Await the soup’s boiling point. To keep food from adhering to the bottom of the pot, stirring frequently.

Step 5: Simmer After the Boil

Give the soup at least one minute to boil. Reduce the heat to medium-low, then simmer the soup for a few minutes.

Step 6: Turn Off the Heat

The metal will continue to be extremely hot long after the heat has been turned off, so turn off the burner and remove the pot from it.

Do not contact the pan’s bottom or sides while inserting a food thermometer into the soup. The USDA Food Safety and Inspection Service advised that the temperature be at least 165 degrees Fahrenheit. If there are food chunks in the soup, place the thermometer inside of them. If necessary, remove the piece from the bottom of the pot. The pot must be at least 165 degrees with nothing frozen within. If further heating is required, do so.

Reheat Soup in the Microwave

Fill a large, microwave-safe container with room at the top with the soup. Even in a microwave, soup can spill over.

Cover the container with plastic wrap or a lid that can be used in a microwave, leaving a small vent-sized gap at the side.

For 20 to 30 seconds on high, heat the soup. Stir the soup after opening the microwave’s door. Another 30 seconds of heating the soup are required.

Continue stirring and heating the soup until the middle registers at least 165 degrees Fahrenheit. Following heating, let the soup rest for two minutes as advised by Wisconsin Food Code. Measure the liquid and the food chunks using the food thermometer once more.

Reheating Soup that Contains Pasta in it

The soup typically has some pasta, which we adapted to in our youth. Whether it’s pasta or noodles, you should generally pay attention to the cooking time because it will easily overcook. The soup loses its flavor when the pasta gets gloppy and mushy. Therefore, it is advisable to freeze the soup without the pasta and add the noodles when needed.

Tip for Freezing: Store the Soup Without Pasta Separately

In this manner, you can prevent the potential of double cooking, where the noodles are cooked twice, once during primary cooking and once during reheating. Once the soup has wholly cooled after cooking, it should be kept, and it can be placed in containers or freezer bags. It is best to immediately separate the precise portion of the food that you will need later to avoid needlessly defrosting the entire batch.

Using Milk or Cream to Reheat a Creamy Soup

It’s advisable to avoid adding sour cream and other milk ingredients to the soup before freezing. You can skip that last step and cook and freeze the soup. In the same way, if you have leftover soup from lunch, remove the cream before freezing it. You will find it much simpler to reheat food in the future. Once more, you can place the soup in appropriate bags or containers.

Here, we do not refer to the little bits of veggies that you may find in a transparent noodle soup. We’re talking about potatoes or diced veggies that shouldn’t be overdone when reheated. The best strategy for this kind of soup is to intentionally undercook it initially if you know you’ll be freezing it. Store the soup slightly undercooked when freezing it. It is recommended to undercook the soup rather than thoroughly cook it slightly. When reheating the soup after freezing it, increase the cooking time so that all ingredients are cooked. The soup will then taste as if it had just been made.

Can I Keep Reheating the Soup?

Reheating soup multiple times is not advised, just like any other cuisine. Even though it is technically possible to reheat meals more than once, if done correctly, the dish’s flavor will not be enhanced and will probably worsen.

If the soup is not frozen, increase the heat to at least medium. You can use high heat if you’re confident that the pan can withstand it and the soup contains broth essentially. Add the water and simmer the soup on low for a few minutes to melt it if it is frozen.

How Long will Soup Leftovers be Kept in the Refrigerator?

The soup will typically last for two days in the fridge. Sometimes it can take just one day, depending on the ingredients. Therefore, when you begin heating your soup, check that it smells good. You should be able to tell if something is rotten by the sour smell and afterward the flavor.

A transparent soup of vegetables and some acid, such as tomatoes, may improve. Three to five days are typical for chicken soup to last. Soups with cream will probably keep for three days, and seafood soup for two to three. It might surprise you that some soups can last for almost a week in the refrigerator.

The storage time depends on what’s in the soup and how effectively it was cooled down, assuming your refrigerator is kept at 40oF or below. Learning to trust your scent and taste buds is the best course of action because many recipes only give you a modest amount of time for preservation.

Why that Leftover Soup Tastes Better?

After sitting in the refrigerator for an entire night, a finished pot of soup softens and unites its disparate flavors. The ingredients also have time to absorb the flavorful broth; the same is true for numerous braises, stews, chilis, and pasta sauces.

To reheat chicken noodle soup, warm it on low heat on the stove until you can break up the ice lump. Once the soap has melted, you can increase the heat to medium. Alternatively, use the defrost setting on your microwave. You can also place the soup in the fridge overnight to thaw.

The fantastic food to freeze is soup. You won’t even be able to tell that the soup isn’t freshly cooked when you reheat it if you follow our advice on freezing specific kinds of soups. You can prepare a few meals ahead of time and cut down on cooking time by freezing the cooked soup for roughly a month.