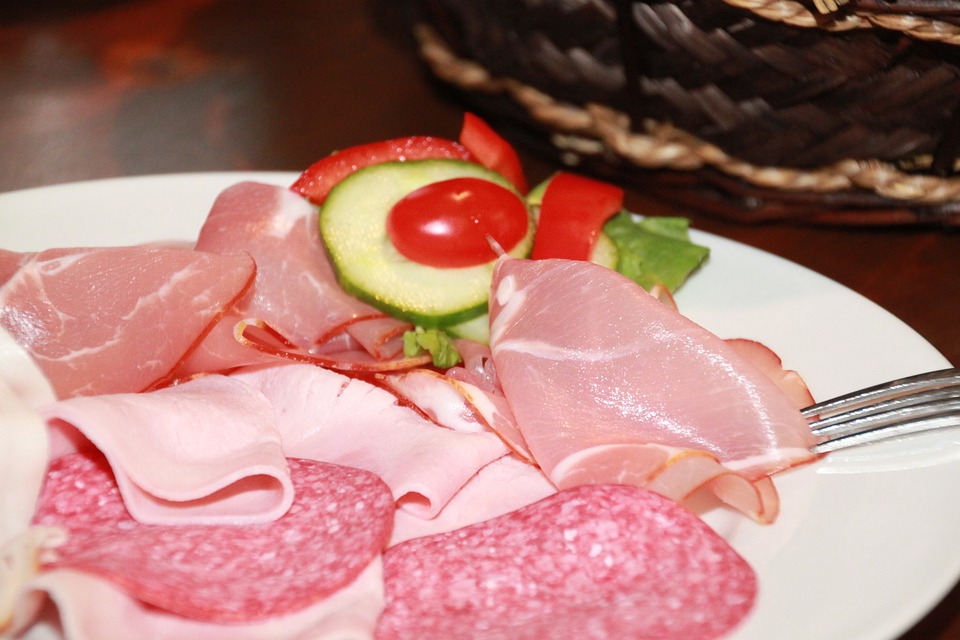 A delectable ham will be served as the main course in millions of homes on Easter.

How long does ham stay fresh in the freezer or fridge? Many people ask themselves the question. But there are a few variables that affect the answer. Unopened ham can be stored in the freezer for up to six months and the refrigerator for around 75 days. However, you can freeze your ham if you wish to increase its shelf life.

Are you still unsure about how safe your ham is? For additional details on how long ham lasts, continue reading. 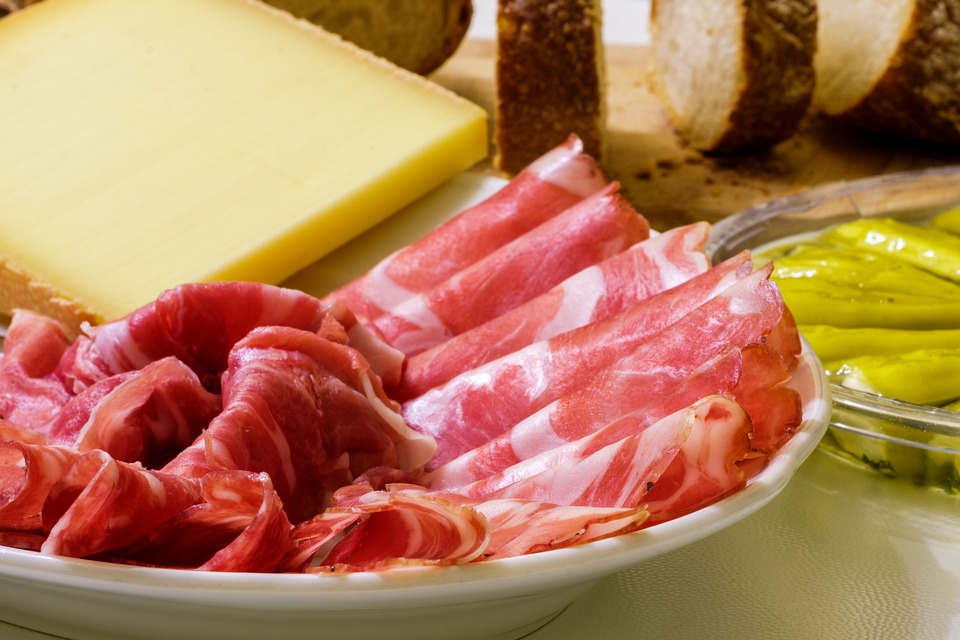 Ham is a leg cut of the pig that has been wet or dry-cured, with or without smoking, to preserve it. The term “ham” as processed meat refers to both intact cuts of meat and meat that has been mechanically produced.

Ham is produced worldwide, and there are several regional specialties like Westphalian ham and a few different kinds of jamón from Spain. Additionally, several ham products, such as prosciutto di Parma in Europe and Smithfield ham in the US, have geographical names that are specifically protected.

How Long does Ham Last in the Fridge?

A ham can stay fresh for up to 75 days in the refrigerator. A half ham will keep for roughly sixty days if you have one.

Ham that has been spiral cut or precooked will keep for about a week. Sliced ham may come in packaging that says it has a longer shelf life on the market, but that probably means MSG or higher-than-normal nitrites and nitrates were applied to preserve it. Check the packaging and toss it if it has passed its expiration date to find out how long your ham will stay in the fridge. You should eat your ham within five days of packing or wrap opening.

Cooked ham can be kept in the refrigerator for up to three days or in the freezer for up to two months. Make sure to store it in an airtight container or tightly wrap it in aluminum foil or plastic wrap. The ham won’t dry out as a result of this.

How to Freeze Ham?

Any ham can be frozen, but it might be challenging to figure out how to do it effectively. There are numerous ham varieties, including fresh, cooked, cured, and country. The ham can be frozen in its original packaging if it has not been opened.

Here are some guidelines to remember when freezing leftover ham, whole or cut into slices:

Pro Tip: Ham freezes better the greater the quality. A higher-quality ham will not have the words “water added” or “having water product” on the label. Hams devoid of water will defrost with improved texture retention. Ice crystals can form when you freeze ham with more water. When the ham is thawed, this results in a more lacy structure.

How to Thaw Ham?

The length of time needed to thaw ham after freezing will vary based on the ham’s size and type. Give bigger portions at least two to three days in the fridge to gradually defrost. Ham keeps for three to four days in the refrigerator after being defrosted. Try one of our favorite ham dishes if you’re unsure how to use it. Alternatively, you can follow our Test Kitchen’s advice and reheat the ham in a roasting pan with some chicken broth until it reaches a safe internal temperature of 160 degrees Fahrenheit.

How to Store Ham?

Bone-in hams must be refrigerated, and you can keep them there for up to a week in their original packaging. They can also be frozen for up to three months, though there will be the usual quality reduction from freezing.

Before serving, freezing, or discarding it, you can store it in the refrigerator for up to three days after it has been opened. Don’t forget to save the bone to make ham stock!

Hams in cans are shelf-stable and can be preserved for up to a year in a cool cabinet or cellar. They’ll last a month in the freezer. In all other circumstances, boneless hams must be stored in the refrigerator, where they can be kept for up to a week before being served or frozen.

Be aware that storing a canned ham in the refrigerator will not always increase its shelf life but may give you peace of mind. A canned ham doesn’t require freezing.

How to Select the Best Ham?

The added moisture and flavor from the bone, which is the thigh bone and part of the pelvic bone, as well as the fact that it’s a whole leg of ham rather than ham bits that are molded together, as is the case with many boneless hams, make bone-in hams generally preferable.

A bone-in ham can be purchased whole or cut in half. Up to 20 people can be served as a whole. The top or “butt” half of a ham, which is leaner and more tender, or the bottom or “shank” half, which is rougher and fattier but has a richer flavor, can each serve up to ten people.

The two varieties of boneless ham are: Boneless hams are oval-shaped pieces of ham, frequently a quarter (top or bottom, inside or outside of the thigh muscle), that have been separated from the bone and wrapped in foil or plastic. Sometimes they are spiral-sliced; other times, they are unsliced. This is a good option if you want to offer a delicious ham as a main dish, for sandwiches, or on a cold-cut platter.

The other type of boneless hams is canned, created from numerous tiny bits of ham meat that are pressed together and shaped into shape rather than being full portions of the muscle. Using ham that has been cut up in some way or as an ingredient in another dish this variety should be fine. This kind of ham is frequently found at delis.

What are the Different Dishes that can be Cooked with Ham?

The following are some of the best ham-cooking recipes:

This baked ham is covered in a delectable glaze comprised of beer, brown sugar, vinegar, and mustard. Beer helps the ham bake perfectly before it is glazed toward the conclusion of the cooking process. Please don’t discard the roasting pan’s remaining cooking liquids; they’ll produce a delectable sauce to pour over the sliced ham. Along with other dishes your family likes, serve the ham with mashed potatoes or sweet potatoes. This beer- and brown sugar-glazed ham is a wonderful option for a holiday supper.

Ham with Cola and Maple Glaze

The cola and maple glaze on this delectable baked ham makes it appropriate for the holidays. This dish is perfect for a winter gathering or as the star of Thanksgiving, Christmas, or Easter dinners. A sweet and savory glaze is created by combining brown sugar, cola, mustard, and maple syrup. Cinnamon and ginger offer just the right amount of heat.

How to Identify Ham has Gone Bad?

A Bitter or Rotten Odor

The sniff test is typically a pretty reliable test to find out if the ham has gone bad. Fresh, salty, and smoky aromas should permeate the ham. Throw away your ham if it has an offensive odor like sulfur, gasoline, or skunk.

Discoloration that is Green or Grey

If there is a glaze, the fat will be a darker shade of brown or pink than when the ham is fresh. Ham usually becomes grey, green, or even blue when it begins to go bad.

Even if some of the ham has changed color, none of it will be safe to eat, so you may wish to clip out the discolored portions and utilize the rest.

A Slimy or Tacky Appearance

Ham shouldn’t leave any greasy or wet residue on your skin, but it should have a soft and moist texture. Don’t eat slimy or oily ham because that indicates bacterial growth. Ham could get sticky due to some germs. Any ham that doesn’t feel correct in your hand should be avoided.

This will be noticeable on sliced ham in particular. This may not be as obvious if you have a whole ham with a crust or glaze.

If mold appears on your ham and it is black, brown, white, or green, it is necessary to discard the ham. The color and texture of the ham should be completely homogeneous.

Although you might be tempted to clip the mold off, the fact that it even appeared indicates that the ham is no longer edible.

The Validity Period has Ended

The dates listed under “use by” are not arbitrary. Do not tempt fate by eating the packaged ham even though the expiration date has passed if you purchased it with an expiration date.

What are the Side Effects of Consuming Ham?

Nitrates are used to help preserve and enhance the flavor of the meat in cured deli ham and ham steaks. Methemoglobinemia, which happens when your red blood cells cannot transport oxygen through your body effectively, can be brought on by consuming significant nitrates. Additionally, the nitrates in cured meats can be converted into nitrosamines, which are carcinogenic and could raise the chance of developing particular types of cancer.

Nutritionally speaking, most types of ham have a high salt content. The salt content of a 3.5-ounce deli ham is 1,203 milligrams, while a dish of ham steak is 1,269 milligrams. For most healthy persons, the maximum sodium intake is 2,300 milligrams. The recommended daily sodium consumption for people over 50, those with cardiac issues, and African Americans is 1,500 mg or less. Your risk of developing heart disease can increase if you consume too much sodium. It can also raise your risk of stroke, kidney disease, and hypertension.

A Lot of Fat

Depending on how you store it, a ham can last up to a week. If stored properly, this meat can be used for many recipes. But it can also go bad, so you should check its use-by date before you eat it. You can freeze a ham for a longer period. But it would be best if you were careful not to freeze the ham too quickly. This will cause ice crystals, which can degrade the texture of the meat.

It is important to ensure the ham is wrapped in a plastic bag. You should also double-wrap it to keep the moisture in. You should not cut the ham until you are ready to serve it. You can cook a fully-cooked ham in the oven. It is best to heat it at 275 degrees Fahrenheit. You can also cook the ham in a slow cooker. It is best to cook the ham for 10 to 12 minutes per pound.