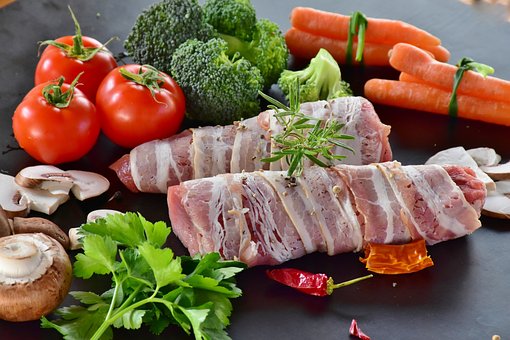 Preparing pork tenderloin for freezer storage requires some careful preparation. Pork tenderloin is very lean meat, which is why it is important to follow proper cooking and storage procedures. When stored improperly, pork can quickly dry out. For this reason, it is best to cook it to a temperature of 145 degrees Fahrenheit before freezing. 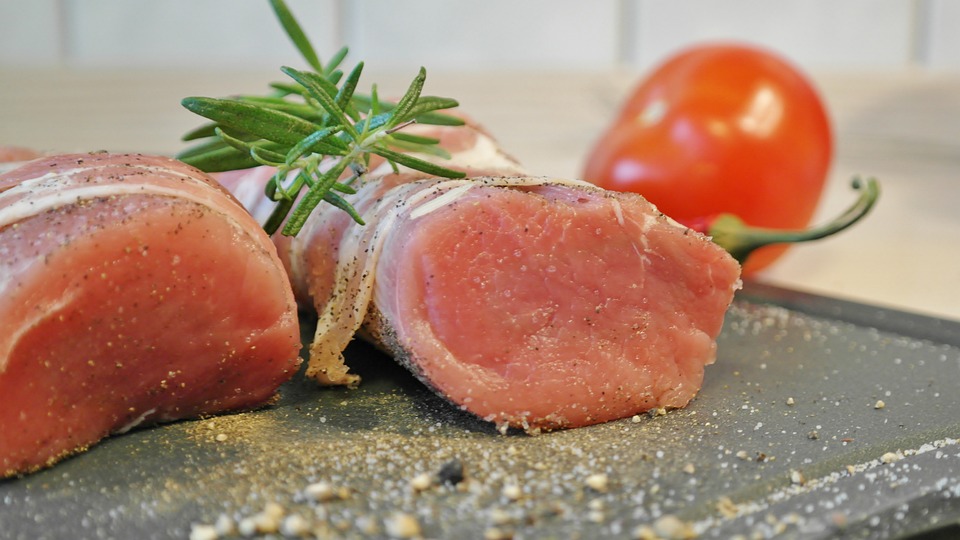 A typical pork tenderloin weighs one to two pounds. It may be covered in a layer of connective tissue called silverskin, which becomes tough when cooked. After freezing, be sure to season the meat well before cooking it. A portion should be thawed only enough to be used within a few days.

How Long can you Freeze Pork Tenderloin?

Pork may often be frozen for up to two years. Although you might be able to freeze it for longer, we think a 2-year maximum is a reasonable general guideline.

Once cooked, pork tenderloin only keeps for three to four days in the refrigerator, so you must use it right away or freeze it. But incorrect storage both after cooking and before freezing can cause food to spoil quickly.

So be sure to put the food away right away. Additionally, for the best and safest storage, put the meat in the coldest section of the refrigerator at all times. You should have your refrigerator set to 40 degrees Fahrenheit or lower.

Additionally, remember to freeze the meat before the refrigeration period is up. A great approach to keep the moisture in and avoid freezer burn is via vacuum sealing. According to the National Center for Home Food Preservation, “creating a vacuum implies eliminating air from a package’s contents.

The presence of oxygen in the atmosphere does encourage some food processes that lower quality. Therefore, reducing oxygen in the air will preserve certain quality traits and increase the shelf life of the food dependent on quality.

The same is true with pork roast and chops. Even the sauerkraut can be frozen separately and served with the pork roast or as a mixed dish.

On the other hand, cooked breaded pork tenderloin will only keep for two months if you decide to freeze it.

Also, think about employing various packaging techniques if you want to better ensure the meat will last in the freezer.

As a result, after the meat has cooled, cover it in freezer wrap, then foil, and finally a freezer-safe ziplock bag. Be sure to get rid of as much air as you can.

Last but not least, remember to identify your meat with the date that it was frozen. This can guarantee that you finish the pork tenderloin quickly. Additionally, it aids in making the most of your buy!

How to Prepare Pork Tenderloin?

Before cooking, the silver skin of pork tenderloin must be removed. There is a rough patch of fragile, silvery skin down one side of the love. Here are the steps for removing it. To make the tenderloin’s thickness uniform, tucking one end is also demonstrated in those steps. I don’t do that with my non-stick air fryer since I don’t want to use metal skewers. Although wooden ones or thread could be used, I never do, and it always turns out beautifully.

Bringing pork tenderloin is also a wise choice. The meat is so thin that even a short period of time makes a significant effect. Without it, the recipe has worked just fine, but adding it makes it better. Here are a few quick instructions for preparing pork tenderloin. Take your tenderloin out of the fridge 20 minutes before cooking it, whether you brined it or not. It will take too long to cook through and get dry inside if it’s too chilly.

Do you Cover a Pork Tenderloin When Baking it?

You initially don’t. It should roast for 20 to 30 minutes in a hot oven, or until an instant-read thermometer registers 145 degrees F. (medium). If roasting the pork for more than 20 minutes, loosely cover it with foil to prevent the top from browning. Cooking pork tenderloin in foil is a great way to keep the flavor and moisture. Roasting the pork loin will help the meat stay juicy because it is less likely to dry out.

If you don’t want mushy crackling, don’t cover the joints of pork while they cook. Even though the fat in the pig should keep it moist while it cooks, some chefs will occasionally spray a little more oil over the crackling. Pork loin should generally be cooked at 350 degrees F for 25 minutes per pound (177 degrees C). Check the internal temperature using a thermometer since food must reach a minimum temperature of 145 degrees F (63 degrees C) to be deemed cooked.

A pork loin cooked to a temperature of 145 F can have a somewhat pink center. It’s wonderful. To chase ever-greater softness and juiciness, some daring people would even venture into temperatures between 135 and 140 degrees. At 145°F, your pork is “medium rare,” therefore that color doesn’t indicate anything dangerous.

If you notice some pink in your pork chops, don’t be alarmed; you would anticipate some in a medium-rare steak. If the pink color makes you uncomfortable, you can continue frying until it reaches 155°F.

To precisely determine the cooking temperature for the pork, use a meat thermometer. This Thermapen thermometer is recommended by us. Even while you can spear or puncture the flesh to check if the fluids are clear, these methods cannot ensure that the meat has reached an acceptable temperature.

After the meat has rested for at least five minutes, cut into it; the interior should be light white with a hint of pink. At 145°F, your pork is “medium rare.” Therefore, that color doesn’t indicate anything evil. If you notice some pink in your pork chops, don’t be alarmed; you would anticipate some in a medium-rare steak.

The size and structure of a tenderloin make it perfect for cooking quickly over high heat. You’ll need to be able to retain the interior a light pink while browning the exterior. Bake the pan for 15 to 20 minutes with the oven preheated to 350°F. According to White, longer cooking times can cause a tenderloin to become tough and dry, so this brief cooking period is ideal for maintaining its moisture. He warns avoiding cooking pork tenderloin in a slow cooker.

The pork loin roast should be cooked slowly because it is a lean cut of meat, allowing the protein to disintegrate. Pork loin should not be cooked on high because it will boil rather than braise. Do not overcook. Due to its extreme leanness, pig loin can easily dry out if overcooked. This is the situation because the flesh is so lean.

As a result, cooking can be challenging but not impossible. It must be cooked quickly over high heat until the internal temperature reaches 145°F.

Can Pork Tenderloin be Cooked in a Slow Cooker?

How long should a slow cooker be used to cook a pork loin? 4 to 5 hours on low for the ideal level of juicy, tenderness. For a 1.5-2.5kg (3-5 pound) pork roast, the pork shoulder should be cooked on low for 10 hours. As a tougher cut of pork, the shoulder requires more time to break down the fibers and fat. No. My slow cooker pulled pork gets a small amount of extra liquid for flavor, but it’s not necessary.

Pork shoulder roasts have a lot of fat and water, therefore adding more liquid is not necessary when making pulled pork. Pork can be placed in the slow cooker raw and cooked at the same time.

You haven’t allowed the collagen to break down because you first browned the cut on all sides in hot olive oil. Increase the cooking time, monitor the dish, and check the liquid level. In a big frying pan, heat the oil over medium-high heat while seasoning the pork with salt and pepper.

The pork shoulder should be thoroughly browned before being placed in a slow cooker. After adding the additional ingredients, cook on low for 6 to 8 hours, or until the meat crumbles apart when tested with two forks.

If you’re planning to freeze the pork tenderloin, be sure to label it and store it in a cool, dry location away from direct sunlight. Once frozen, the pork will keep up to 12 months, but the quality of the meat will diminish over time. In fact, the longer it stays in the freezer, the less palatable it will be once cooked.

To properly freeze pork tenderloin, make sure to properly wrap it. Wrapping the meat too loosely will not extend the shelf life of the meat and may allow bacteria to develop. After three months, pork tenderloin can stay in the freezer for four to twelve months. Fresh pork tenderloin obtained from a meat market was cut into cuboids and stored at – 20 deg C. Controls included air thawing and running water thawing. HVEF thawing was performed in the same way as in previous research. The HVEF was applied at – 10 kV.