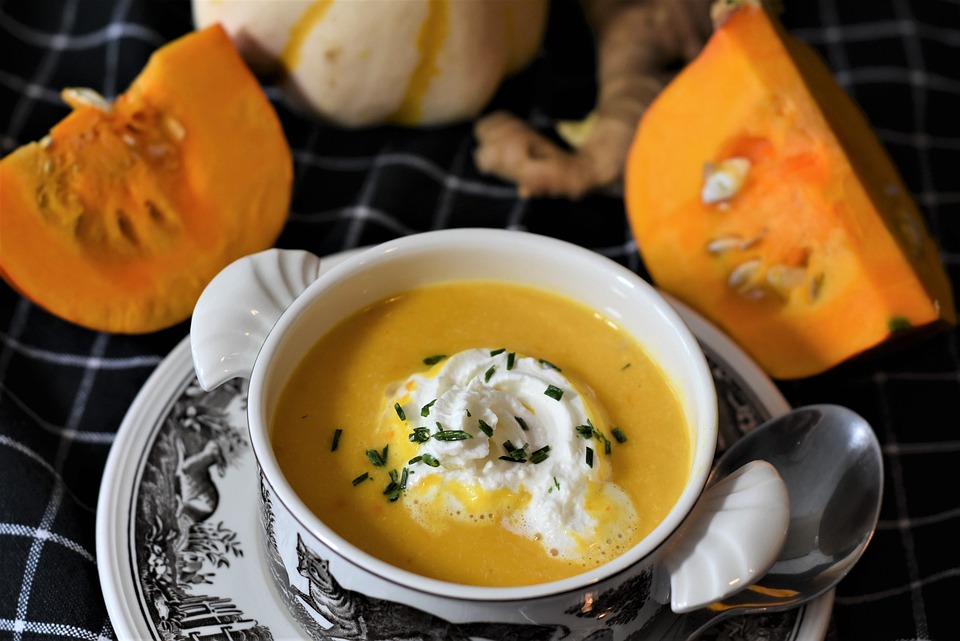 Putting together and chopping the ingredients, then watching as the onions soften in butter or the spices sizzle and bloom in oil, may be fairly meditative. You can stand back and take care of other business once the liquid (stock or water) has been added, and the cooking has started, but the scrumptious fragrances of the meal you’ve been preparing will start to fill the house. 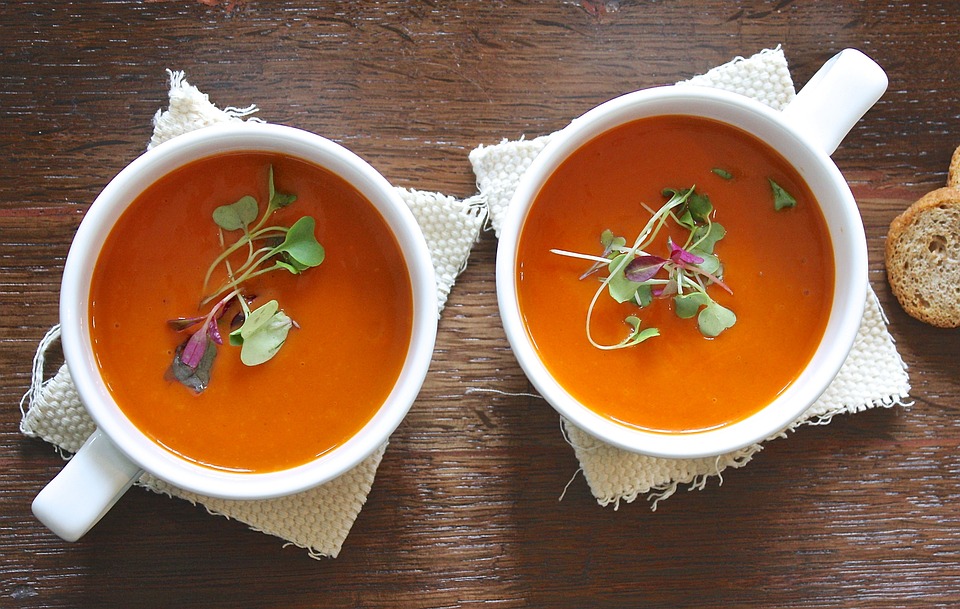 If you’ve made a large pot of soup, defrosting it is a good idea before reheating it. You don’t want it to lose its freshness. You can thaw it out in the fridge or microwave it for a quick reheat. But you should avoid reheating the same soup more than once. This way, you won’t expose the dish to harmful bacteria.

Can you Reheat Soup Twice?

Whether done in the microwave or stovetop, reheating soup is simple. Reheating clear soups or broths requires bringing them to a boil for three minutes to eliminate potentially dangerous bacterial growth. Because they can be brought to a boil without running the risk of burning, soups are, in a way, the most adaptable meal in terms of preservation and repurposing.

Soups are mostly made of seafood, thickened with flour or cream, or those tougher to reduce without making them too salty, thick, or foggy. Bring the soup just to a boil, then reduce the heat, stir, and simmer it gently for three more minutes as long as you are confident it doesn’t smell or taste “off” when you remove it from the refrigerator.

While some soups can be safely reheated in the microwave, it’s best to avoid doing so for two main reasons. First, you’ll risk bacteria growth in the soup if you keep reheating it. Second, the quality of the soup will degrade after multiple reheating.

Microwaving some types of food can lead to several health problems, including food-borne illnesses. These illnesses can result from contaminated food or bacteria. Many foods we eat have varying standards for how long they can be cooked. For example, chicken is not recommended to be reheated more than three times.

When reheating soup, it’s best to reheat it to 74 degrees Celsius (165 degrees Fahrenheit). You can use a food thermometer to check the temperature of the soup before it is heated. Ensure the thermometer doesn’t touch the bowl’s sides or bottom. If you don’t have a thermometer, you can use a utensil to test the soup’s temperature.

How Long can Soup be Stored?

It might surprise you that some soups can last for almost a week in the refrigerator. The amount of time the soup can be stored depends mostly on what’s in the soup and how effectively it was cooled down, presuming that your refrigerator is kept at 40 degrees Fahrenheit or lower. The best course of action is to learn to trust your nose and taste buds and to constantly be on the lookout for strange aromas and sourness because many recipes will only offer you a modest amount of time for preservation.

Soup can often be kept in the fridge for three days, but you should always test your food before determining whether to reheat it. A transparent soup of vegetables and some acid, such as tomatoes, may improve. Three to five days are typical for chicken soup to last. Soups with cream will likely survive three days, and soups with seafood two to three days.

A frozen batch of soup may last you up to three months, depending on the contents, provided that your freezer is set to the ideal temperature of 0 degrees Fahrenheit, which is recommended by the USDA. Trust your instinct after defrosting, just like with chilled soups. It would be best to throw away soup that seemed suspect.

What is the Best Soup to Eat When I’m Sick?

Chicken soup or broth is a fantastic food to eat if you have the flu. By accelerating the mucus’ transit through the nose, the steam from soup or broth aids in the relief of congestion. Chicken soup is undoubtedly the best food you can eat with a fever.

Your body will be repaired by the heated liquid, and the chicken’s protein will provide it with the energy it needs to heal. Additionally rich in fluids and electrolytes, chicken soup aids in hydration.

Although the precise origin of tortilla soup is unknown, it is generally accepted that it originated in the vicinity of Mexico City. Traditional ingredients for tortilla soup include chicken broth, roasted tomatoes, onion, garlic, chiles, and tortillas that have been cut into strips and fried. This hearty barley soup is slow-cooked and seasoned with umami-rich miso paste and anti-inflammatory ginger. Even better, it simply takes a brief amount of preparatory time.

Do Soup and Broth Differ from One Another?

Is it broth (uncountable) water that has been used for cooking food (meat or veggies, for example)? As opposed to this, what kind of soup can be made by combining liquids, such as water or stock, with additional flavor- and texture-enhancing ingredients, including meat and vegetables?

What is the World’s Best Soup?

Here are a few of the top soups from around the globe:

This rice noodle soup has a rich, flavorful broth simmered for hours with cinnamon, star anise, and other toasty spices. Pho is one of Vietnam’s most well-known culinary exports, according to Andrea Nguyen, author of “The Pho Cookbook,” although the soup is still relatively young.

Although modern pho restaurants provide a variety of flavors, beef is the original. According to Nguyen, the soup was served with raw beef slices and gradually cooked in the broth around 1930.

A popular soup from Eastern Europe and Ukraine features pieces of tender beets swimming in a rich red broth. Beet soup is not your typical borscht, sometimes topped with a hefty amount of sour cream. It gets a tangy kick from kvass, a Lacto-fermented beet juice that is a regional specialty.

Although the soup is occasionally attributed to Russian cuisine, this claim is debatable. Ukrainian chefs are currently leading an effort to get their version to the UNESCO World Heritage List.

Previously, that fish would have represented the catch for the day, but rules have tightened.

Signatories of the 1980 Bouillabaisse Charter, a collective effort by local chefs to ensure the quality of the French soup, stipulate that the most simple recipe must include at least four types of seafood from a list that includes monkfish and crab.

This substantial soup comes from Portugal’s Minho region, which makes wine. It has potatoes, onions, and thinly sliced greens. The soup has gained popularity in restaurants and rural homes, serving as the epitome of homey comfort food.

The soup is made even heartier by adding soft Portuguese chouriço sausage, which is often used in variations. Pair with a glass of the well-known Vinho Verde wine from Minho.

In Andalusia’s summer heat, a bowl of delectable chilled vegetable soup is the perfect way to unwind. The most traditional version of today’s dish includes tomatoes, cucumbers, garlic, olive oil, and a few stale breadcrumbs for the body.

Tomatoes are a New World item that Arabs brought to the Iberian Peninsula centuries before Spaniards first tasted them. In the original, bread, garlic, and olive oil were crushed in a mortar and spiced with vinegar.

What are the Best Reasons for Consuming Soup?

They’re beneficial to you. While some soups might completely wreck your diet (cream-based types can be especially heavy in fat and calories), the majority are a fantastic way to get your recommended daily intake of vegetables. Consider soups to take advantage of nature’s abundance, as winter vegetables like pumpkin, butternut squash, carrots, and parsnips won’t wilt or get limp when cooked. Tossing produce close to going bad into a dish for soup can give it new life. Even frozen veggies can be added to a simmering soup without affecting the flavor or texture.

They are affordable and simple to prepare. The amount of hands-on time needed to prepare soups and stews is minimal. In reality, you can make a flavorful soup in only five minutes with a slow cooker or a pressure cooker like the Instant Pot while leaving the rest to the appliance. You can use less expensive items, including chicken, fish, and beef if you increase the liquid and vegetables. Then, if you’d like, serve it as a meal with whole-grain bread on the side.

They thaw well. Soups and stews are fantastic if you want to prepare meals in advance. You can freeze half of a batch you make over the weekend to have it later. A bonus is having healthy, homemade soup on hand when you’re busy, sick, or too exhausted to cook.

They maintain your hydration. It’s usual to drink less than you need to during winter. However, even if you are not warm and perspiring, you still lose fluid from normal daily activities. Soups are excellent for staying hydrated and satisfied because they are primarily liquid.

Once you’ve reheated a soup, you can store leftovers in the fridge for three to four days. It’s important to check the soup for quality and look for signs of rancidity. If the soup is discolored or has an unpleasant odor, discard it. Otherwise, you can store it in the freezer.

Reheating food in the microwave can damage the flavor of the dish. Microwaves don’t heat food evenly, so the result is that food may lose its original flavor and texture. Also, reheated food can be exposed to additional chemicals. It can even damage the integrity of the dish. Another concern about reheating leftovers is that it can lead to food poisoning. Reheating food can introduce harmful bacteria and toxins not killed by heat. When this happens, the food will taste bland and be unpleasant to eat.