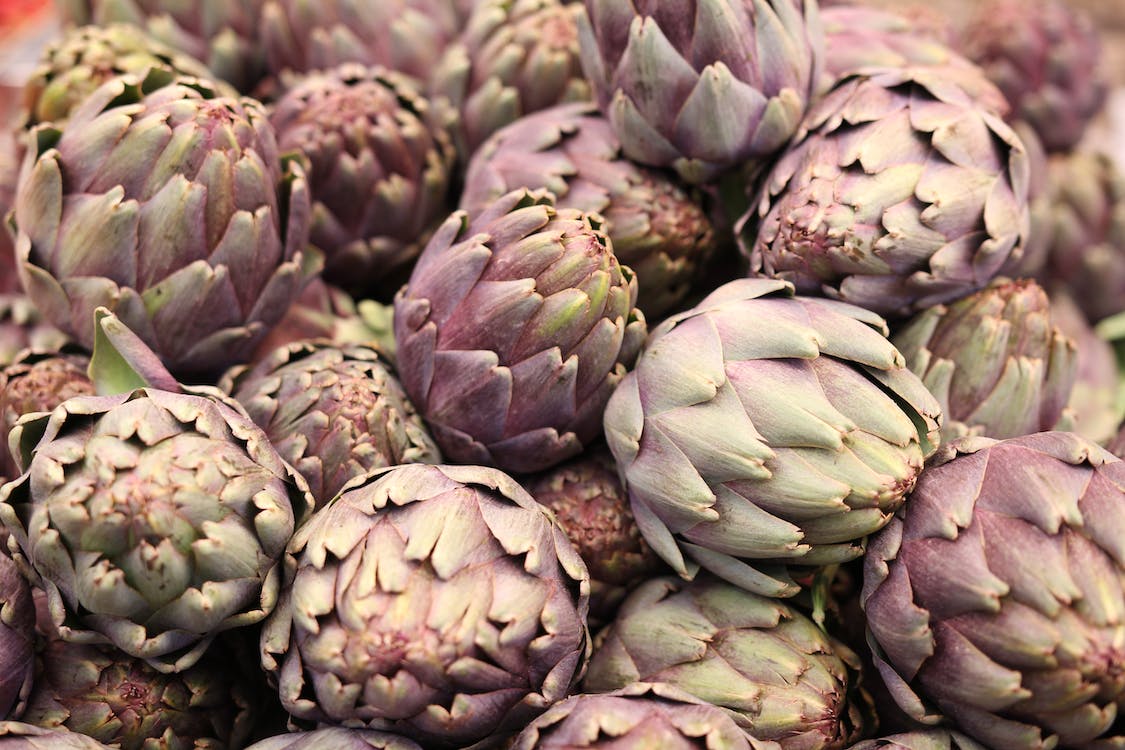 These days, artichokes are a very popular vegetable. They are utilized in a wide range of international cuisine. But if you want to utilize artichokes in cooking, you must understand how to preserve them correctly to stay tasty and fresh. The following information is crucial because many individuals are unaware of artichokes’ proper handling and storage practices.

Learning how to store artichokes is an important step in any preparation for cooking them. The process starts with the proper trimming and storage of the artichokes. They will be easier to handle and stand without the thorns. Once they’re cooked, the thorns will become soft and easy to remove. 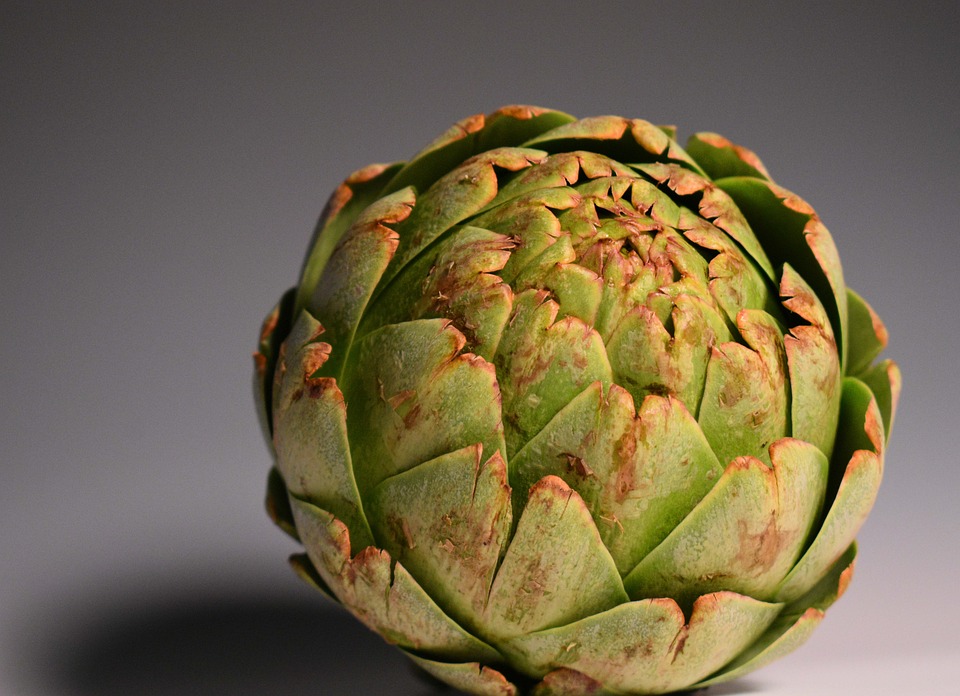 Theophrastus wrote one of the earliest accounts of artichokes around 371-287 B.C. In his writing, he mentioned that they were grown in Sicily and Italy. Artichokes are said to have originated on earth when Zeus punished Cynara by being sent out to the land and turned into a plant. Later, between 40 and 90 A.D., Pedanius Dioscorides utilized artichokes as a medication. He described it as a cure in the Greek Herbal of Dioscorides and persisted as a medical plant for more than 1500 years.

The Ancient Greeks and Romans valued them as a delicacy and aphrodisiacs. Additionally, it was thought that eating artichokes would produce a male heir. When first introduced, artichokes were cooked with cumin, vinegar, and honey and were widely regarded as a delight. Through Arab traders and merchants, the plant quickly reached every region of the globe. Between 800 and 1500, the affluent monastery gardens transformed it into the plant we know today.

The globe artichoke, or Cynara cardunculus L. var. Scolymus (L.) Fiori is a significant Mediterranean vegetable. The artichoke has been a prized vegetable species in central Europe since the 16th century, according to a wealth of ethnobotanical evidence. In the past, the globe artichoke was referred to as a sophisticated garden plant with many applications. It was largely ignored in this area during the 20th century but has since been reintroduced thanks to contemporary cultivation technology and the extensive availability of seed-propagated cultivars distinguished by having dependable yields and morphological homogeneity.

Reference: Globe artichoke – a vegetable, herb, and ornamental of value in central Europe

How to Purchase Fresh Artichokes?

You must first check the artichoke’s weight t purchase the ideal one. A fresh, healthy artichoke will feel hefty and substantial despite its apparent size. To check sure it is a good weight for its size, you might need to compare it to the other artichokes in a pile. Test the vegetable’s weight in comparison to others by lifting it. Baby artichokes are an additional option and are equally delicious as larger ones. Compare these to artichokes of comparable size because they won’t weigh as much as the larger ones.

You may also identify the freshest artichokes in the bunch by looking at their leaves. Artichokes that are healthy and fresh will have densely packed green leaves. Although they may naturally have purple tints, artichokes with brown-colored tops should be avoided. Produce that is past its prime, or that has wilted leaves that are dry, spongy, split, pitted, or loose. The leaves should softly squeak when you squeeze them, indicating that you chose a high-quality product. The crispy leaves cause them to produce this noise.

It may be simpler to preserve artichokes at home if you buy fresh ones because they are simple to cook.

Why are Artichokes Stored?

There are a few reasons why storing artichokes might be a good idea. Artichokes stored in the refrigerator will stay fresh for a long time if you have a fresh crop that you want to preserve. Storing the artichokes in the freezer can be a terrific time-saving strategy if you’re preparing for a big crowd and want to have them ready. Here are some suggestions for storing artichokes:

Trim the artichokes and remove the stems to accomplish this. Put them with a moist paper towel in a bag or container that is tightly closed.- If properly stored in the refrigerator, artichokes can stay fresh for up to two weeks.

– Artichokes can also be kept in the freezer for up to six months. Trim the artichokes and remove the stems to accomplish this. After three minutes of blanching in boiling water, shock them in icy water. Freeze them in a bag or container that is tightly closed.

– Thaw frozen artichokes overnight in the refrigerator before using them in recipes.

Here are the primary alternatives for storage.

Fridge: Simply placing artichokes in the fridge won’t keep them fresh in your kitchen.

Artichokes can only be frozen after being cooked in some way, according to the freezer.

How to Preserve Fresh Artichokes?

Rehydrate the artichokes in a big cold water dish for ten minutes when you come home. Good drainage If properly stored, fresh artichokes can last up to two weeks in the refrigerator.

To store, trim any thorns from the leaves and flush the stem with the bottom so the artichoke can stand erect. Artichokes should be placed stem-side up in a clean container that is just big enough to hold them. Refrigerate the container after adding a couple of inches of cold water and covering it tightly. The artichokes should always be stem-side up and thoroughly submerged, so periodically check the water level and top it off as necessary.

Then, thoroughly drain the artichokes before cooking them. To stop browning, rub the sliced surfaces with half of a lemon.

How to Preserve Cooked Artichokes?

Although cooked artichokes are kept in the refrigerator for up to a week, fresh is ideal. Store them in an airtight jar with a little extra virgin olive oil to prevent them from drying out.

You can put cooked artichokes in the freezer if you wish to keep them for more than a week. Make sure they are initially totally chilled. Then, add some extra virgin olive oil in an airtight container—for up to three months by freezing.

Additional Advice on How to Store Artichokes

Although they are tasty and adaptable vegetables, artichokes can be difficult to preserve. To help you keep your artichokes fresh, consider the following advice:

– Artichokes should be placed in a plastic bag or container with ventilation holes and kept in the refrigerator.

– You can store the artichokes in a water container if you want to prepare them within a few days.

– Brush artichokes with olive oil before keeping them fresher for longer. By doing so, a barrier will be formed that will stop the artichokes from drying out.

– Keep artichokes separate from one another when storing them in the refrigerator. They will last longer because of this.

Your artichokes should remain fresh for up to two weeks if you follow these recommendations.

What is the Ideal Method for Keeping Artichokes?

The most popular approach to preserve extra artichokes is to freeze them. However, to prevent the enzymes they contain from turning the meat bitter in the freezer if the artichokes are frozen raw, you must first blanch your artichokes before freezing them. Start by giving your artichokes a thorough wash.

How Long do Uncooked Artichokes Keep in the Refrigerator?

Are Artichokes Healthy to Eat?

While fiber, vitamins, minerals, and antioxidants are high, artichokes are low in fat. They contain significant amounts of vital minerals like magnesium, phosphorus, potassium, and iron and are particularly high in folate and the vitamins C and K.

How can I Tell if an Artichoke is Bad?

Signs of a terrible artichoke

You’ll need to know how to keep artichokes if you’re fortunate enough to discover fresh ones at the shop, so they stay tasty until you’re ready to prepare them. Here are some pointers:

– If they are kept in a plastic bag and the refrigerator, artichokes will be kept for two to three days.

– You can store artichokes in a jar or other container with a little water if you intend to prepare them within a day or two. Just remember to do a daily water change.

– You may store artichokes in a container with olive oil to keep them fresh for longer. Just be certain that the artichokes are completely submerged in oil.

You may eat fresh artichokes at any time with these instructions!