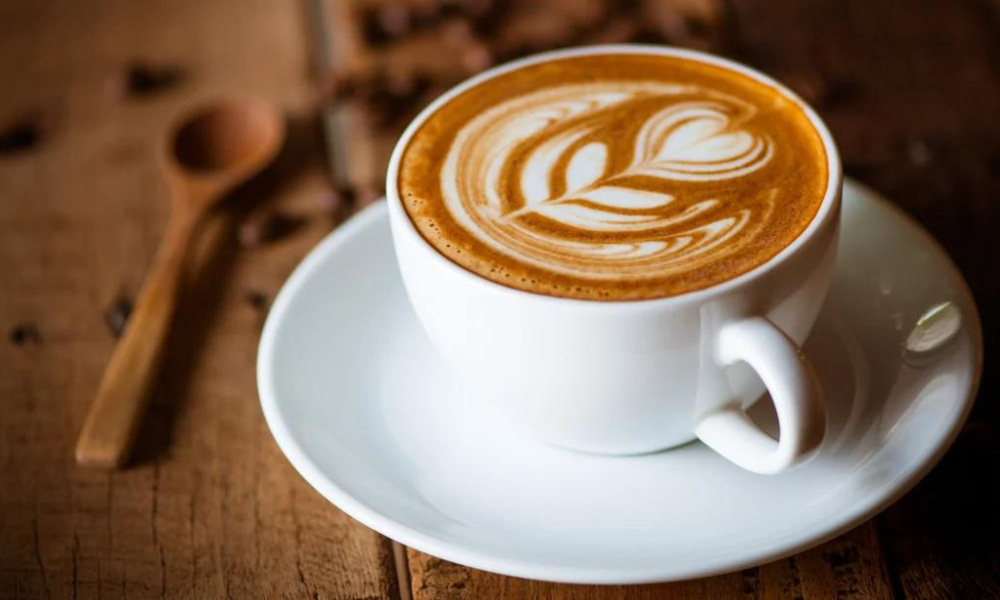 One of life’s simple pleasures is sipping on a warm cup of coffee. Not only is coffee warming but it also gives you an extra boost of energy. But sometimes our minds are so focused that we don’t remember to brew a fresh cup. In such a case, reheating coffee in the microwave can be a great solution. Read on to find out how to do it safely. This article outlines some common mistakes that should be avoided while reheating coffee in the microwave. 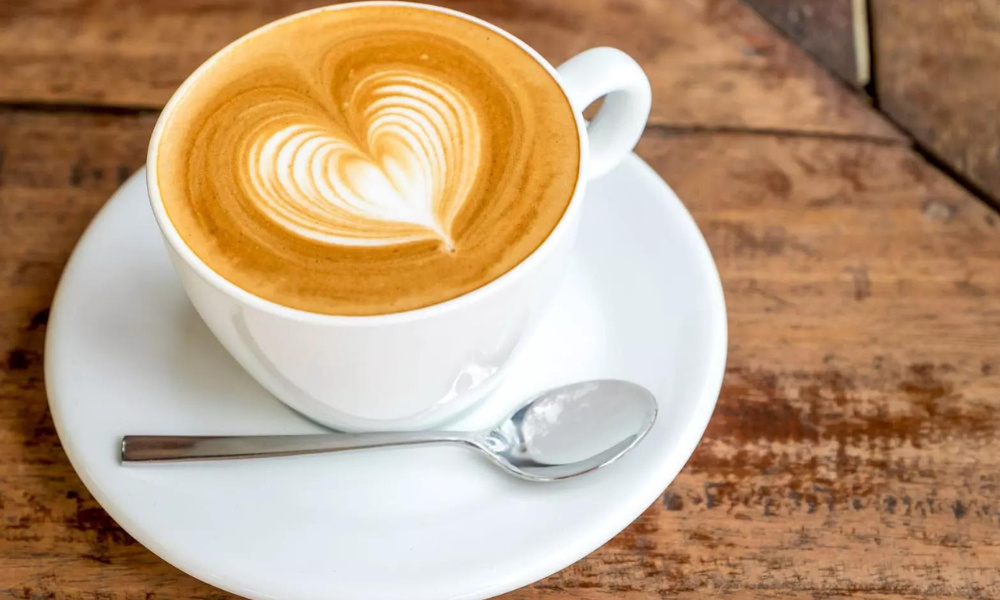 How to Safely Reheat Coffee in the Microwave?

You change the microwave’s power level.

Press the “Power Level” button, then “8,” after putting your ice-cold coffee cup in the microwave and shutting the door. This intensity is just suitable for warming your cup of coffee because it is two notches below the microwave’s usual default setting of 10, which is 10.

Let’s talk about how long you reheat coffee. That all depends on how much coffee is in your mug, which is now cold. Even though you can generally get away with guessing the right amount of time, it normally only takes 45 seconds to fill a half-full coffee mug. If the temperature of your coffee isn’t what you like, microwave it for an additional 30 seconds at a time until it is.

And presto! Your coffee is heated to the ideal sipping temperature once more.

Your coffee could taste bitter after being heated in the microwave (just as any brewed beverage has the risk of becoming bitter after being microwaved). How can that be fixed? You only need to add sugar or creamer to restore the flavor of regular coffee.

Once more, presto! Your coffee has warmed up and still has that fantastic flavor from before it became cold.

Starbucks: Starbucks offers specialized coffee beverages in reusable bottles and cups made of plastic and glass. The ceramic mug is the only dish that can be used in a microwave. Remember to test it out and heat it for 30-second intervals until the appropriate temperature is reached. While you can keep freshly brewed coffee in a Starbucks tumbler, it is better to avoid using a double-wall vacuum-sealed tumbler in the microwave.

McDonald’s: Sadly, the side seams of McDonald’s coffee cups are sealed with plastic and wax coating. They cannot be microwaved as a result because the adhesive coating could melt and contaminate the hot coffee.

Is Microwaving Coffee a Terrible Idea?

Although coffee’s flavor and taste are altered by microwaving, there is no link between drinking reheated coffee and serious health issues.

However, you should avoid reheating coffee in paper or plastic cups because doing so will cause glue, plastic, and wax components to leak into the hot liquids.

Although microwaves emit electromagnetic radiation, the effects on liquid are not dangerous unless the kitchen device also contains metal, plastic, or styrofoam.

The water molecules in a cup of coffee are stirred up by microwave heating. This causes the atoms to move more quickly and create friction, which in turn produces heat. What exactly happens to coffee when it is microwaved? Although electromagnetic radiation won’t fundamentally alter the liquid into a dangerous structure.

What Happens When Coffee is Microwaved?

Learn more about what happens to coffee when it is heated before you microwave a cup.

Large, heavy, and non-volatile molecules like caffeine don’t lose their properties very rapidly. Reheating coffee in the microwave does not eliminate the caffeine, even though you could notice a change in flavor as a result of the cold coffee coming into touch with oxygen.

Caffeine does not evaporate or dissipate after being microwaved, regardless of how it was made. Whether you drink your coffee for five minutes or five hours, the amount of caffeine remains the same. Water evaporation, which raises caffeine concentration in the reheated coffee, will, nevertheless, result in a minor rise in caffeine content.

Green coffee beans must be processed to eliminate the caffeine from coffee. There are three methods for decaffeinating coffee, but they all involve moistening roasted or green beans to pull out the caffeine.

Nevertheless, warming coffee in the microwave alone won’t result in caffeine loss. Only before the finished coffee beans are roasted and the ground is it possible to eliminate the caffeine.

What is the Information to Consider When Microwaving Coffee?

There are crucial things you need to know before microwaving coffee, whether you’re reheating leftover Starbucks coffee or your own homemade brew.

Coffee that has already been brewed can be quickly heated in the microwave to provide a caffeine boost rather than having to start from scratch or run to the shop.

However, any kind of warming coffee might alter the aromatic flavors and possibly give the beverage a harsh taste. Add a dash of your preferred creamer and sweetener to offset this.

The most effective technique to microwave coffee:

What are the Health Benefits of Consuming Coffee?

There is some research that suggests drinking coffee may aid with weight loss. According to a 2018 paperTrusted Source, the participants’ mean reduction in weight, body mass index (BMI), and fat mass increased with the amount of coffee they consumed.

According to 2019 research from a reliable source, males are more likely than women to get a slight weight loss benefit from drinking coffee. These findings, though, have not been verified, thus they might not be final.

Although coffee may have some benefits in lowering obesity, it cannot replace a balanced diet and regular exercise.

Gallstone disease may also is less common in coffee drinkers.

Coffee intake among those with primary sclerosing cholangitis (PSC) and primary biliary cirrhosis was studied in 2014. (PBC). These autoimmune diseases have an impact on the liver’s bile ducts.

They discovered that those with PSC were more likely than those without the illness to consume less coffee. There was no evidence to support the idea that coffee consumption varied between those with and without PBC.

Additionally, a 2014 study found a connection between coffee drinking and a reduced chance of passing away from cirrhosis caused by nonviral hepatitis. Two or more cups of coffee each day, according to the study, could lower the risk by 66%.

What are the Risks Associated with Coffee?

Coffee is frequently eaten as a beverage when taken orally. For the majority of people, moderate coffee use (approximately 4 cups per day) is probably safe.

It may not be safe to consume more than 4 cups of coffee each day. Large amounts of drinking could have negative effects because of caffeine. Headache and an irregular pulse are two of these side effects, which can range in severity from minor to severe.

The use of coffee as an enema (rectally) may be harmful. Coffee enemas have been associated with cases of fatal adverse effects.

Despite its high caffeine level, coffee still carries certain possible hazards. For instance, it might momentarily increase blood pressure. Caffeine should be avoided by women who are nursing, pregnant, or trying to get pregnant. High consumption of unfiltered, boiling coffee has been linked to a slight rise in cholesterol levels.

If you’re thinking of reheating your coffee in the microwave, remember to keep these tips in mind. First of all, you should never leave coffee with milk or another dairy out of the fridge for more than 2 hours. This is especially true if the milk or dairy was left out for longer than that. In addition, the microwave won’t heat the cup evenly, so you may end up reheating your coffee with scalded milk.

When reheating coffee in the microwave, take precautions to protect yourself and your kitchen. If you are reheating the coffee for yourself, try warming it in a saucepan over the stove or a microwave-safe mug first. Be sure that the coffee is freshly brewed, and avoid microwaving coffee if it has milk in it. The taste and texture of the coffee will be ruined.