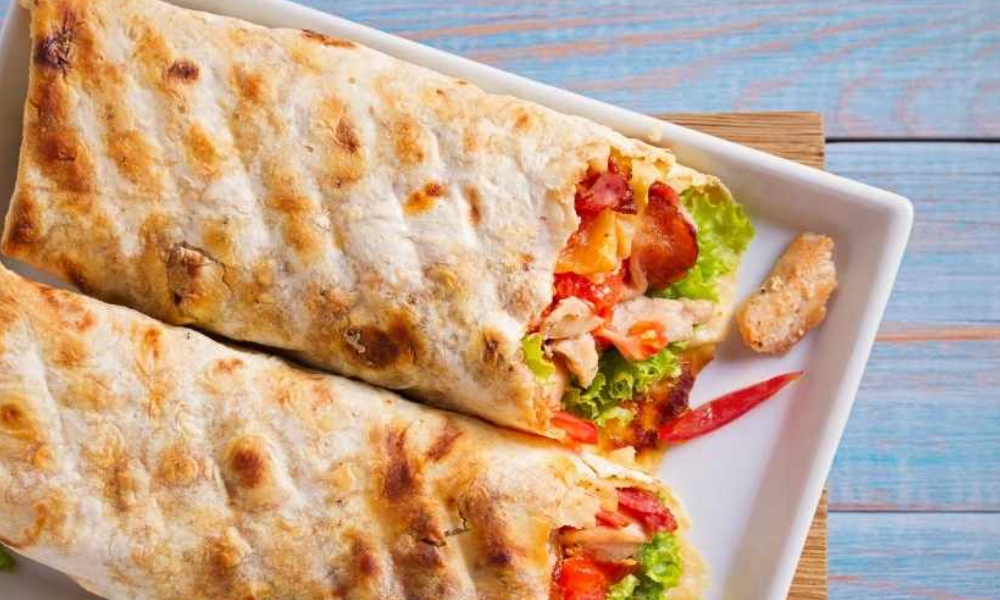 If you had a tasty burrito the night before but didn’t have time to reheat it in the oven or microwave. Any of the three ways listed below can be used to reheat burritos. Stovetop, oven, and microwave. Here’s how to reheat your preferred tortilla. Enjoy! To make your burrito even more delectable, you can add sour cream.

Even though they enjoy eating burritos, many people struggle with how to reheat a burrito properly. If you can’t finish your prepared burrito, ordered too many, or made it ahead of time, this page offers efficient techniques for reheating it.

Using the methods described in this article, you can correctly reheat a burrito to enjoy it at its finest, with a crispy tortilla and fully warmed ingredients. Without further ado, let’s learn these techniques and how to use them effectively.

In both the US and northern Mexico, burritos are a well-liked Tex-Mex cuisine. However, they are also eaten in some regions of Asia and Europe. Ground beef, vegetables like lettuce, tomatoes, or guacamole, grains like rice or maize, sour cream, cheese, and a variety of sauces make up the filling of burritos.

Using a flour tortilla, these fillings are formed into cylindrical shapes. They are typically grilled, steamed, or pan-fried in a skillet. The popular Moes smothered burrito is one example of a burrito that is occasionally covered in various hot sauces.

Because you may customize the ingredients and their proportions to your tastes, burritos make a terrific supper. While some individuals enjoy their burritos with beans, others don’t. People may or may not decide to add sour cream as another filling.

Burrito enthusiasts vigorously debate the origins of burritos because no one is quite certain of their exact origins. However, Guanajuato, a state in central Mexico, is where they most likely got their start.

How to Reheat Burritos?

Reheating Burrito Using All of the Available Techniques

Perhaps you want to grill your burrito to heat it. Maybe you just need a quick, warm meal that you can reheat in the microwave because you’re hungover. In either case, we’ll demonstrate how to reheat your burrito using every kitchen gadget or utensil imaginable.

Before we begin, it’s crucial to remember that if your burrito has highly wet components like mayo or sour cream, you might need to drain out the filling. The best option is to remove these moist ingredients and add them back.

The burrito may be a little soggier than you would like if you decide to keep them in, in which case you may need to add extra sour cream or sauce when you reheat it.

The same holds for “cold” foods like lettuce, tomato slices, and raw cilantro. You can disassemble your burrito and take them out or leave them in (in which case your lettuce will be wilted and your tortilla shell rather soggy).

Now that all is over let’s get our burritos warmed up!

Burrito Reheating in the Oven:

This is the most excellent technique to reheat burritos because it uniformly heats every component. The best part is that the tortilla will be heated and crisp rather than damp and mushy.

Burrito Reheating in the Microwave:

Maybe you don’t have a microwave at home or live in a dorm. Maybe you always reheat leftovers in the microwave. Maybe you simply don’t have the patience for the 30-minute wait when reheating in the oven and just want a super quick dinner.

You can reheat a burrito in the microwave anyway. Remember that it won’t be heated as uniformly as a tortilla that has been reheated in the oven. Your tortilla shell will also be softer and soggier.

Burrito Reheating in a Skillet:

Even without a microwave or oven, you can perfectly reheat a burrito in a standard skillet. For smaller burritos, like the standard one, this technique works well.

Grilling a Burrito to Reheat:

Although turning on the grill to reheat a cold tortilla may seem excessive, many people do it! This is a terrific way to make a perfectly crispy burrito shell if you have an hour to spare before supper.

If you want to offer burritos at a BBQ and have prepared them the day before, you may also utilize this technique.

Burrito Reheating in an Air Fryer:

This step is for you if you wish to reheat a frozen burrito in an air fryer. It is a very clever method for quickly preparing a crispy breakfast burrito.

If your burrito is frozen, you can thaw it in the microwave or by setting it out on the counter to warm up.

We are used to the typical burrito with meat, cheese, beans, guacamole, cilantro rice, salsa, lettuce, tomatoes, bell peppers, and onions. However, some subtle differences among versions most frequently affect the ingredients and cooking methods.

This is a vast, steamed tortilla-based wrapped burrito. The entire item is wrapped in foil to be consumed with your hands.

A Mission burrito is more significant than this type of burrito. It has ground beef and refried beans and is meant to be eaten with your hands.

It is a breakfast dish popular in the US that includes scrambled eggs and cured meats like sausage, bacon, or chorizo. Cheese and spring onions are also included in this burrito.

Given that it contains all the customary ingredients, it is similar to a typical Mexican burrito. These burritos are moist and rather juicy because they are smothered in red, green, or brown sauce. It is typically eaten with a fork and knife, considering it delicate.

A tortilla packed with fish and Asian spices make up this unusual burrito. Additionally, sriracha mayo, spicy beef, and kimchi are frequently used.

This popular choice frequently includes many classic components, such as flour tortillas, marinated pork, refried beans, and sour cream. The distinction? It comes with guacamole, salsa, or carne asada and is deep-fried.

In other words, a burrito can taste different depending on the components and cooking technique. Furthermore, it can have an impact on how you reheat your burrito.

How to Reheat Chipotle Burritos the Best?

The best way to reheat a Chipotle burrito without it getting soggy or cold spots is covered in this section. A toaster oven is required for this procedure, though a standard oven also works.

If you’re unsure how to reheat Chipotle bowls and other meals, the procedure is identical because the ingredients are comparable to burrito fillings. The cold ingredients, such as lettuce and sour cream, should be separated, warmed in the microwave or oven, and then reincorporated.

How to Heat Tortillas Correctly?

People frequently struggle while trying to warm tortillas because you want them to be soft but crunchy. If you leave them on too long, your tortillas will become scorched or hard. It will be chilly and wet if you turn off the heat too soon.

Here is the Ideal Method for Warming Tortillas:

How to Grill a Burrito to Reheat it?

You’re not alone if using the grill to reheat burritos is not on your list of “how-to” techniques. Although most people wouldn’t think to go outside and reheat a burrito, it is an option if you have the time. If your stomach is growling, this is not the approach to employ, but if you have 30-45 minutes, it might be worth a shot. According to Tanabe, indirect cooking is the best way to reheat burritos on the grill. The five stages of reheating burritos on the grill are listed below.

A burrito is undoubtedly ideal on its own. But why not add extra fillings if you want to broaden your palate? Burritos are very adaptable since you can fill them with almost anything! This delicious dish is a family favorite because of the cilantro, hot sauce, pork, shrimp, chicken, rice, pinto beans, peppers, and many other ingredients.

How to Reheat a Sour Cream Burrito?

You covered your burrito in sour cream and are now attempting to determine the best method for reheating it. When dealing with a burrito with wet fillings, you have two options: reheat the entire burrito or remove the cold fillings and add them later. Tanabe advises leaving the sour cream in and putting more on the side of scraping it out is challenging. As soon as the burrito is heated up, you can add more. Here are instructions for reheating sour cream-filled burritos in the oven.

Take the tortilla out of the oven using oven mitts. Make sure the burrito is well heated. To determine the interior temperature of the meat, use a meat thermometer. The burrito is prepared for consumption when the thermometer registers 165 degrees Fahrenheit.

Bon Appetit advises reheating your burrito in the oven at 350 degrees. The experts advise that you first wrap it with aluminum foil. This will prevent any toppings that may manage to escape from contaminating your oven and keep the tortilla moist rather than soggy or dry.

Burritos are consumed in the US for breakfast, lunch, dinner, and even as a snack. It is easy to see why people eat them at every meal: they are calorie-dense, nutrient-rich, and incredibly full.