Whether it’s leftovers or to-go orders, we’re always looking for clever ways to make our food go further. Reheating food in the oven isn’t something to overlook. If you fail to reach the correct temperature or use the proper techniques could result in a soggy meal or, even worse, food poisoning, an unpleasant illness that puts you out of action for a few days. The bacteria either multiply astronomically or produce poisons that can cause illness which can even be life-threatening.

According to the most recent estimates, there are 2.4 million cases of foodborne illness annually, costing the UK an estimated £9 billion. Reheating and cooling in the right method and ensuring food is at the correct temperature before eating can help you prevent this sort of illness and get the natural nutritional content and flavor of your meal. 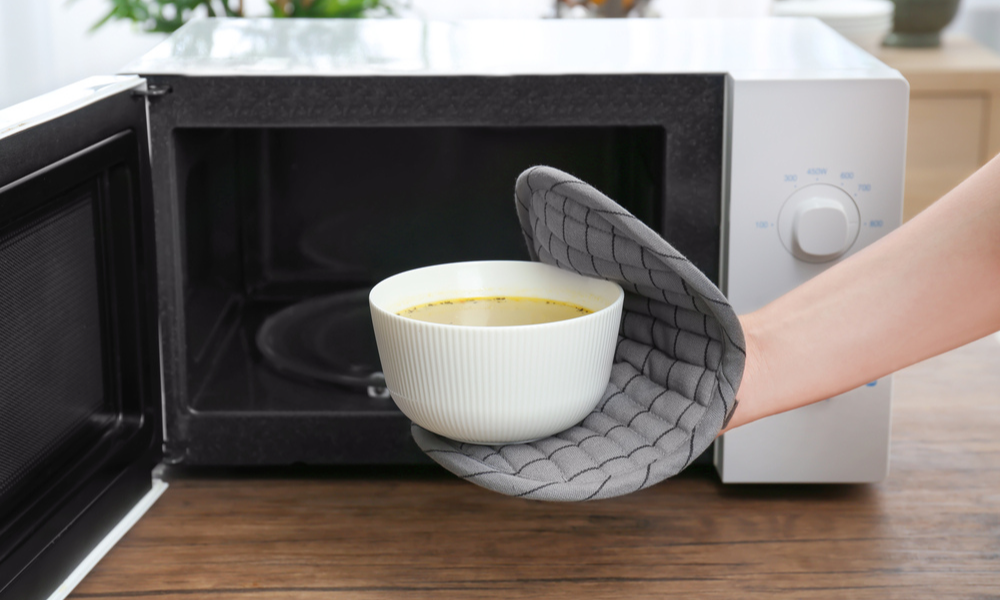 Time/Temperature Control for Safety (TCS) foods (potentially hazardous foods or PHF) must be reheated to 165°F or greater for 15 seconds when reheating for hot holding. To ensure food safety, reheating hot-holding meals should take no more than 2 hours. TCS meals must be heated to 135°F or above before consumption if they are produced and packaged in a commercial setting.

The more processed an item is, the greater the risk. Due to staff, equipment, procedures, and other factors, there is a higher risk of contamination when food is held, chilled, and then reheated. The risks are increased when food is cooked and cooled because it repeatedly travels through the temperature danger zone of 41°F to 135°F (the ideal range for germs to thrive).

How Long to Reheat Food in the Oven?

To limit the chance of contamination and ensure all the harmful bacteria are killed, it’s vital to reheat your meal until it’s boiling all the way through. Ideally, it would be best to use a thermometer to confirm that your food is fully reheated. Insert the instant-read probe into the thickest portion of the food to eliminate all guesswork.

The Food Standard Agency of the UK recommends cooking food until it has reached 70°C for a minimum of two minutes. You can cook your food for 45 minutes at 60°C and 10 minutes at 65°C.

You might need to cover foods with aluminum foil to prevent roast meats and casseroles from drying out while reheating. Even though the reheating time varies depending on the food, you should use a low temperature and cook the dish until it is thoroughly heated (70°C for at least 2 minutes).

There is skepticism surrounding the widely held notion that you don’t need to preheat the oven when reheating food. If the container is straight from the fridge, letting the leftovers warm up next to your oven can be helpful. To keep proper moisture in your meal, reheat them slowly and cover them with foil. If possible, stir after a while.

What Must Things be Kept in Mind While Reheating Food?

How you handle leftovers when eating them is crucial to maintaining good health. Steps to take:

How to Keep Food Safe at the Time of Reheating Food?

Foods that could be dangerous should be kept as far away from the temperature risk zone as possible to prevent the growth of bacteria. This entails keeping hot foods hot and cold items cold (less than 5C) (above 60C). Additionally, it means that after cooking, potentially dangerous items should be chilled as rapidly as possible to less than 5C. This rule also applies to reheated meals you want to save for later.

Food Standards Australia New Zealand advises that when cooling food, the temperature should drop from 60C to 21C in less than two hours and then be lowered to 5C or cooler during the following four hours.

How to Tell Food is Bad?

Foods that rot and acquire undesirable flavors, aromas, or textures are considered spoilt. Fruits and vegetables might become slimy or mushy from bacterial spoilage, and meat can acquire a foul odor. Generally speaking, nobody would choose to consume rotten food. But even if they did, they most likely wouldn’t fall ill.

Healthy food might become unhealthy when it is reheated. Food poisoning and other foodborne illnesses can result from reheating since it depletes the food’s nutrition.

Greens with leaves: Vegetables, such as spinach, are rich in nitrates, which can degrade to generate nitrites. The nitrates that form when these vegetables are warmed turn hazardous and result in food poisoning.

Chicken: After being cooked once and chilled, chicken’s protein composition alters when heated a second time. Reheating causes proteins to react negatively, which might cause stomach problems. Some safety precautions need to be taken into consideration if you reheat it. It shouldn’t be kept uncooked outside of the refrigerator.

Milk and cream: As a result of heat’s effect on milk proteins, milk undergoes several modifications when cooked. There are some acids created that are harmful to health.

Mushroom: Mushrooms are rich in complex proteins. Reheating them changes the protein composition, which poses a serious risk to the heart and digestive system. If there are any leftovers, properly store them in the refrigerator and serve them cold.

Food that has been spoiled has undergone some modification that lowers its quality, making it unsafe to eat. The human disease after ingestion of contaminated food is called foodborne disease. The most well-known biopreservation examples are bacteriocins, which are safe for use in food and, in small doses, also prevent microbial development. This book chapter aims to examine the use of bacteriocins as a biological agent to preserve food quality.

What Signs Point to a Reheated Dish Being Safe to Serve?

To assess whether food can be served, it must be heated to at least 165°F. Before serving, the meal’s internal temperature should be checked with a food thermometer to ensure the safety of everyone eating it.

Remember that if the dish contains any ingredients that shouldn’t be warmed, it shouldn’t be served. The last thing you want is someone to eat leftovers and get sick.

To ensure everyone’s safety, any food should be heated until it is thoroughly steaming, especially if you don’t have a food thermometer.

To ensure that the heat is distributed properly, soups, stews, and sauces should be brought to a boil while stirring continuously.

If you choose to reheat your food in the microwave, rotating and stirring it halfway through the cooking cycle is essential to ensure that the entire dish receives heat consistently.

Get a food thermometer if you frequently reheat leftovers to ensure the food is safe for others. You run the risk of the meal not being heated enough to kill any potentially hazardous bacteria if you don’t have a thermometer.

Food past its use-by date is most likely contaminated with bacteria, which can cause food poisoning. This is why it is vital never to eat stale, moldy, or old food. While leftovers are often more palatable the second time, there are some foods you should never reheat.

Reheating leftovers in the oven can increase the risk of food poisoning. The recommended time for reheating is two minutes at 70oC or above. If the food has been left in a warm oven for more than two minutes, bacteria can grow and multiply. It is also important to avoid overheating proteins such as meat. Moreover, foods with high protein levels may have a higher risk of food poisoning.