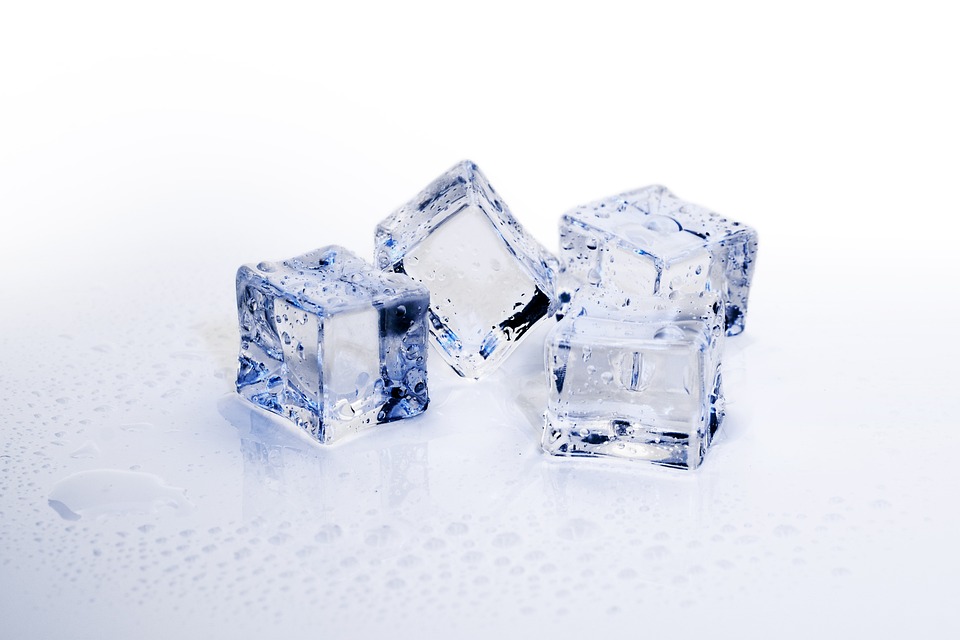 There are few things more discouraging than opening the freezer to discover empty ice cube trays, whether you’re hosting a party or simply trying to relax after a long week of work. You’re left with the choice of going to the closest petrol station for a bag of ice or filling up the trays and waiting for that glass of fine Scotch or iced coffee to cool down. What’s next?

Even though you have probably been manufacturing ice your entire life, it is a very difficult subject. Nevertheless, a surprising number of variables influence how quickly your ice freezes and the quality of the ice cubes you get. Here are the essential details. 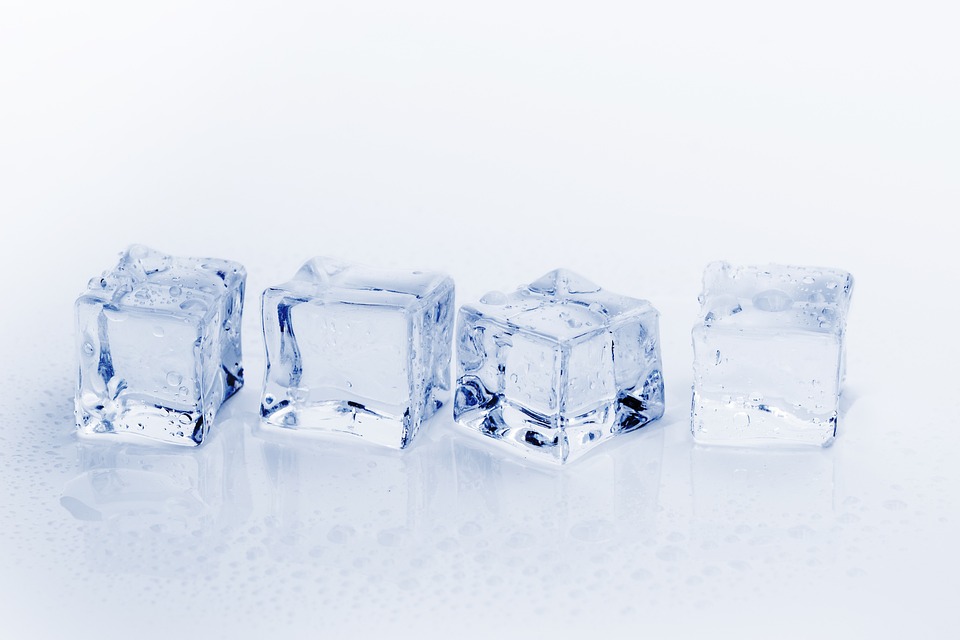 How Long does it Take Ice to Freeze?

This is similar to the question, “How long is a piece of string?” The duration of ice’s freezing process is influenced by a variety of factors, including:

If you were to use an average ice cube tray and a typical home freezer, it would take water roughly 3–4 hours to transform from liquid to ice.

The best action is to examine each component in greater detail because many factors might affect this timeframe.

If all the available factors are perfectly adjusted, ice can be made in just two hours! Therefore, look if you need to quickly.

How is Ice Made?

The transformation of liquid water into ice is a remarkable scientific miracle! Let’s quickly review how this incredible process works for those of us for whom school days are a misty and distant memory.

Water is composed of molecules of two hydrogen atoms and one oxygen atom when liquid. These molecules are moving swiftly and colliding with one another. Thus, water continues to exist in its normal fluid state.

The liquid water molecules slow down and clump together as it cools. Ice consists of molecules that solidify at freezing point (0°C/32°F).

The molecules will begin to travel more quickly as the ice warms up after being taken out of the freezer. This causes the solid ice to thaw or melt, turning it into a liquid.

That concludes the science portion. The good portion is now.

We require a container to put water into to create ice at home. This preserves the water’s shape as it transforms from a liquid to a solid. Typically, there is a tray or bag with numerous sections the size of ice cubes.

This is hardly the quickest method, as anyone who has tried to produce ice quickly will attest to it. How long does it take for the ice to freeze, and is there anything we can do to hasten the process?

Do Different Types of Ice Freeze at Different Speeds?

The kind of ice you are manufacturing will have an impact on how quickly it freezes. Water that is still liquid transforms to ice by freezing outside. As a result, the core of the ice cube is the last to freeze completely.

As the ice cube grows, it takes longer for the middle to freeze.

Therefore, produce little ice cubes if you want to freeze ice quickly! Use a tray with smaller indentations or fill your conventional tray only about 1/3 of the way to create thinner ice cubes.

The process of freezing a big block of ice takes the longest. Although it takes little time to put up a block of ice, it will take much longer to freeze than little ice cubes.

On the other hand, smaller ice cubes thaw much more quickly than larger ones. Have you ever added one of those tiny little cubes to your beverage to watch it evaporate in a matter of minutes?

If you have the time to prepare them, larger ice cubes can be preferable because they will keep your beverage frozen for longer.

What Freezer Temperature is Best for Freezing Ice?

Most home freezers operate at a constant 0°F temperature. This is the ideal temperature for producing ice and maintaining perfectly frozen food.

Don’t be tempted to set your freezer to the lowest setting possible because temperatures colder than this will result in freezer burn.

However, the temperature will rise each time you open your freezer. The time it takes for your liquid water to freeze to ice will be extended because it takes time to return to 0 degrees.

If you want to make ice quickly, it’s best to wait three hours before opening your freezer.

Before putting food in the freezer, try to chill it in the refrigerator if you can.

Do Hot and Cold Water Both Freeze More Quickly?

It’s strange, but hot water freezes more quickly than cold water. The Mpemba effect is a phenomenon that is named after Erasto Mpemba, a high school student from Tanzania.

Mpemba started looking at how rapidly water froze at various temperatures in the 1960s.

His initial discovery was that ice cream with heated milk froze more quickly than ice cream made with cold milk. He began his experiments because his teachers did not believe him.

Scientists were astounded by this finding and decided to duplicate Mpemba’s work. They discovered that warm water frequently froze more quickly than cold water.

All because a young pupil refused to accept the truth when his teachers corrected him!

But how does the Mpemba effect operate, and what temperature is ideal for quicker freezing?

Unfortunately, this is a very complicated and contentious topic! Warm water does not just freeze more quickly than cold water; numerous factors can influence how quickly water freezes.

Though they disagree on the exact causes of Mpemna’s phenomenon, scientists may all agree that it does exist.

You have two alternatives when it comes to the temperature of your water if you are tempted to try to make ice as quickly as possible.

Either start with water as cold as possible or water that has reached boiling. Compared to both of these, lukewarm water will take longer to freeze.

To make ice, it is ideal to use water from a jug kept in the refrigerator. This can also be used to quickly generate ice if the water coming from your cold tap is cold.

If you haven’t access to either of these choices, try the boiling water technique instead! Be careful when filling your ice cube trays not to burn yourself in boiling water.

What is the Best Method for Quickly Freezing Ice?

So, you forgot to fill your ice trays in preparation for a sizable summer party? Don’t worry; with these instructions, you can have ready-to-serve ice in only two hours.

Ice does not freeze as quickly in silicone and plastic ice trays as in stainless steel ones. Try using a disposable plastic ice cube bag placed in a metal baking tray if you don’t have access to this alternative.

Choose the ice cube trays with the smallest sections and an air gap between each one if silicone or plastic are your only options. Funky forms like stars and flowers will freeze more quickly than regular cubes.

Check the Temperature in your Freezer

Set your home freezer to 0 degrees Fahrenheit. Avoid the temptation to decrease it since you risk ruining your perfectly frozen items and not accelerating the rate at which your ice sets.

Use Either Chilled or Hot Water that has Just been Boiled.

Compared to boiling water, lukewarm water takes longer to freeze. The water in your refrigerator will freeze the quickest if it is chilly.

Carefully Place your Trays in the Freezer

Your trays should be put directly onto a frozen surface. Put your trays on frozen meals if you’re using chilly water.

Do Not Open the Door

Close the door and leave the room for at least two hours. Before this, she was opening the door would cause the freezing process to take longer.

After two hours, check your ice; ideally, you should have perfect ice cubes! If not, wait another 30 minutes before checking it again.

What is Mpemba Effect?

A small paradox exists with the Mpemba effect. Even though Aristotle and other philosophers have long asserted that hot water freezes more quickly than cold, it wasn’t until the 1960s that a Tanzanian high school student named Erasto Mpemba started conducting serious experiments to test this assertion.

Mpemba found that using hot milk to make ice cream caused it to freeze more quickly than chilled milk. She didn’t think he was telling the truth when he told his teacher about it. The experiments Mpemba conducted to create ice with warm water were then repeated by scientists. They found that warmer water frequently froze more quickly than cool water. The Mpemba effect was given its name in honor of a high school student determined to disprove his teacher.

Reference: Supercooling and the Mpemba effect: When hot water freezes quicker than cold

Temperature readings near vessel walls indicate that hot water may start to freeze sooner than cold. The cooling history of the water is not the cause of this, as was previously hypothesized (e.g., air expulsion during heating). Instead, supercooling almost invariably occurs. The Mpemba scenario is as follows when the cold water supercools sufficiently more than the hot: Only minimally does the hot water supercool before it unexpectedly freezes. On the surface, it appears to be entirely frozen. The cold water supercools to a lower local temperature than the hot sample (in a bigger volume than that of the hot sample) before it spontaneously freezes. The likelihood of this situation happening increases for ambient cooling temperatures between 6 °C and 12 °C.

Regardless of how long it takes ice to freeze, it is important to know that there are a few things that you can do to speed up the process. The main thing is to ensure you are properly insulated and pre-chilling your cooler before placing the ice in it. Also, if you are using metal ice cube trays, they will reduce the freezing time.

Several factors affect the freezing time of ice. Insulation is one of the main factors. Some people insulate their pipes in the fall to prevent freezing. However, this is not a foolproof way to prevent freezing. Many factors can affect the freezing time of ice, such as the size and shape of the container and the rate at which the air circulates the pipe. The rate of heat loss and the amount of contact area also play a role.