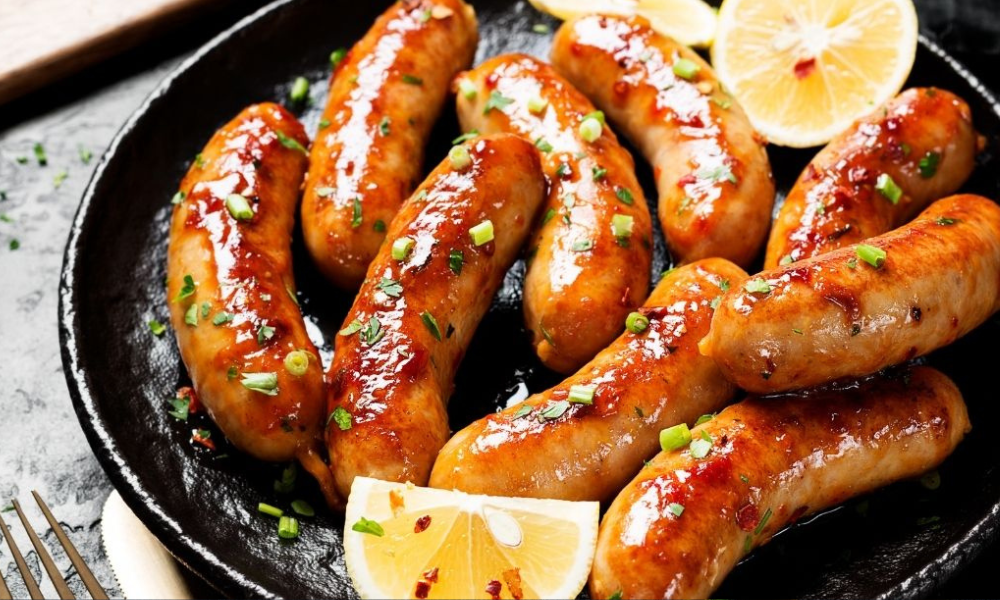 You might wonder how safe it is to keep cooked sausages in the fridge and when you should eat them to reduce the chance of food waste or food illness. Knowing in advance will help you keep food correctly and avoid consuming it when it is unsafe. 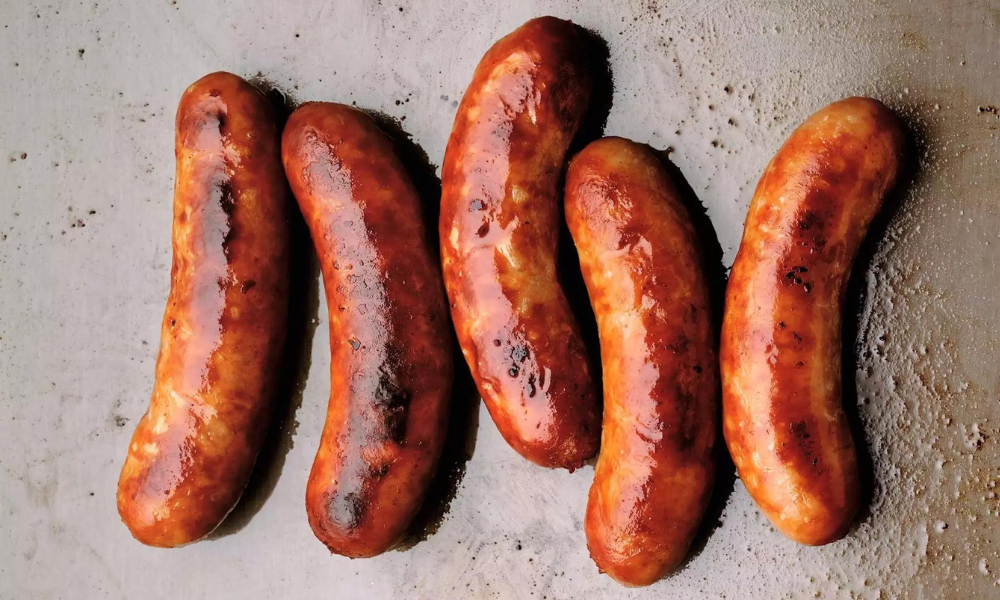 Sausages are adaptable, simple to prepare, widely accessible, and frequently affordable. However, getting sick is simple if you leave cooked sausage in the refrigerator for too long. In this article, I’ll explain how long cooked sausage is in the fridge so they don’t go wrong and you stay safe.

How Long do Cooked Sausages Last in the Refrigerator?

If your cooked sausages aren’t pre-cooked, you should be able to keep them for approximately two weeks unopened and about a week after opening in your refrigerator. Otherwise, cooked sausages typically last for three to four days.

To reduce the risk of food illness, discard the sausages after this period. Sausages come in various varieties, including cured, smoked, pre-cooked, and fresh. Please ensure you know the type you are working with before storing it because they have different storage estimates.

Always verify the suggested storage guidelines on the packet regardless of the type of meat you are working with. If it says to use it within two days of opening, abide by this advice.

You will better predict how long the sausage will last and how to preserve it if you know what kind of sausage you have purchased. Meats that have been cured or smoked will always keep longer, and it should be safe to keep them in storage for weeks, especially if they are kept cool.

Here are some suggestions to ensure proper sausage storage and reduce the likelihood of spoilage:

Do Fresh Sausages Need to be Kept in the Fridge?

Yes, both before and after cooking, fresh sausages must be kept in the refrigerator. To stay fresh, links are safe to eat; they should be cooked within one or two days. Any leftovers should then be chilled and placed right back into the refrigerator.

These sausages should be stored in airtight containers or their original packaging. The meat will last longer as a result of the reduced airflow. They might not keep as well if you store them in the refrigerator on a plate or in an exposed container; instead, you should consume them more quickly.

Fresh sausages shouldn’t be kept at room temperature or in a cool cabinet. The links are susceptible to bacterial contamination without preserving smoking or curing and will shortly become dangerous to eat.

All fresh sausages, whether raw or cooked, should be kept below 40 degrees Fahrenheit within two hours. Throw away the sausages if you unintentionally left them out at room temperature for more time than this. After an hour, discard the sausages if the space is hotter than 90 degrees F.

How Should Precooked Sausages be Stored?

Sausage that has already been cooked needs to be refrigerated. Although they should stay longer because of the precooking, they must be kept cold to protect the meat’s quality. They must once more be thrown out and not eaten if you have allowed them to come to room temperature.

When not in use, keep precooked sausages in their original container. To ensure pre-cooked sausages are safe to eat, many people prefer to cook them again. Any leftovers should be cooled, put in an airtight container, and placed back in the refrigerator as soon as possible if you choose to do this.

Should Sausages be Freeze-Dried?

Yes, as long as it is well past its use-by date, any sausage meat should be OK to freeze. To ensure that there are few bacteria present before it is frozen, place the meat in the freezer as soon as possible.

Although you can, most people don’t because cured or smoked sausages last so long without being frozen in the first place. Sausage that is either fresh or cooked can be frozen and thawed in the refrigerator before use.

Meat that has been at room temperature for more than two hours shouldn’t be frozen. While freezing prevents the spread of bacteria, it does not eliminate existing bacteria or poisons from food. When meat is frozen, it must still be suitable for consumption; otherwise, freezing is ineffective.

What are the Signs that Sausages are Bad?

What are Various Kinds of Sausages?

Sausages that have not been previously cooked are referred to as “fresh sausages.” They are spiced and seasoned ground meat, which can be pork, beef, chicken, or turkey. Some may also include herbs. Then a casing is filled with this mixture. Typically, pork intestines are used as the casing. Fresh sausages must be kept in the freezer until you’re ready to cook them.

What to do with Remaining Cooked Sausages?

Food rotting is a considerable problem in many nations. 1.5 million sausages are thrown away annually in the UK alone (a country that consumes 175,000 tonnes of sausages annually!). That much spoiling is shocking. Consequently, save those cooked sausages that are leftover. We now know they can be kept in the refrigerator for four days.

Here are several suggestions for repurposing cooked sausages that have been grilled, fried, or broiled.

Don’t throw away sausages you can’t eat because you cooked too much. Sausage that has been cooked will keep in the refrigerator for four days, and it must be appropriately preserved at a steady 40 degrees Fahrenheit.

To maintain freshness and prevent infection, put them in shallow, airtight containers or wrap them in sturdy aluminum foil. Keep sausages in the freezer if you need to keep them for a more extended period.