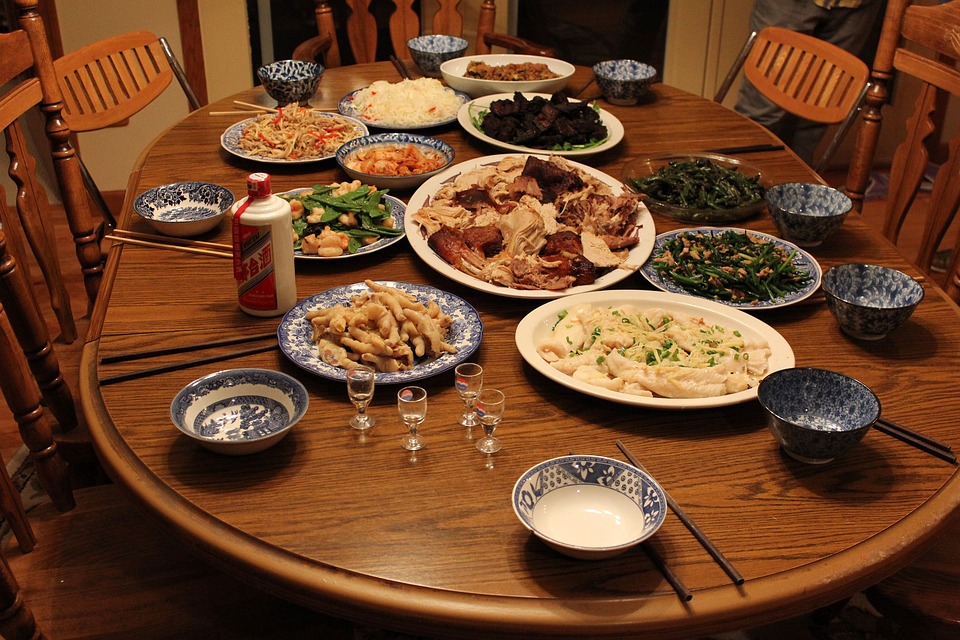 Chinese foods are extremely popular in the United States and around the world. Having leftovers is convenient and time-saving, but you must remember to reheat them properly in order to keep their quality and flavor. This article will give you some tips on how to reheat Chinese food.

Chinese food is one of the world’s most delicious cuisines. It can be delicious even if you don’t go out to eat it every single day. If you can’t find a Chinese restaurant that offers take-out food, you can always make it yourself

Can you Reheat Chinese Food?

Yes, you can make your takeout look and taste exactly as wonderful as when you got it the day before if you know how to reheat it properly.

Your food can last up to four days if you separate leftovers into different containers so they can chill evenly in the refrigerator.

However, some dishes need to be prepared for leftovers rapidly, such as rice, and different foods need to be reheated using different techniques.

If you do decide to store your leftover rice, make sure to do it as soon as possible to prevent the growth of any dangerous bacteria.

How to Reheat Chinese Food?

All you have to do to reheat stir-fries is adhere to these steps:

In a skillet big enough to fit all the stir fry and yet have room to move around, heat a teaspoon of oil. Use plain oil instead of flavoring it, as this may affect how well your stir fry will reheat.

As soon as the oil is hot, add the stir fry. Make sure to swirl everything around in the pan so that the heat can distribute evenly throughout the food.

The stir fry should then receive up to three tablespoons of water. Despite what you might believe, the flavor won’t change. It merely serves to rehydrate the ingredients and improve the texture without scorching the stir-fry by overcooking it.

You can add extra tablespoons of water, one at a time, to your stir-fry if you think it needs it. By observing if the stir-fry is sticking to the pan’s bottom, you can make this determination. Keep in mind that a larger portion will require more water to achieve the same results.

Stir the stir-fry constantly until it is well heated and most of the water has evaporated, returning your food to its original flavor and appearance.

Chinese food can also be warmed in the oven. Simply set the oven to 350 degrees Fahrenheit to get started. If you’re worried about burning or drying out the food, keep the oven at a lower temperature.

Put the food in an oven-safe dish, then wrap it in foil. To stop heat from escaping while the meal is being heated, cinch the foil over the dish’s edges. However, if you want to warm rolls or chicken wings, wrap them each in a thin layer of foil, arrange them on a baking sheet, and then heat the oven.

At most 10 minutes should be used to reheat the Chinese food. Verify that the interior is about 165 degrees Fahrenheit hot. To make sure that all the food receives an equal amount of heat exposure, you can also move the dish around or rotate the rolls and wings.

If your Chinese food contains anything crispy, like the aforementioned rolls or wings, you should reheat it in the oven.

Compared to heating in the oven, other techniques won’t be as effective at keeping the crispy texture.

Additionally, you may reheat Chinese food in the microwave without worrying about the flavor or texture changing, including soups, stews, noodles, and steamed veggies.

Foods that are crunchy won’t perform well in microwaves since they will become mushy and crumble.

To prevent the rice from drying out while it is being warmed in the microwave, add a tiny cup of water to it.

Another way to steam rice and preserve its texture is to wet a paper towel and lay it over the rice.

You can reheat using your microwave’s automatic reheating setting. Additionally, keep checking the meal every few minutes to make sure you’re not drying out all the sauces or scorching it.

Is Chinese Soup Good for You?

Chinese soups have been venerated for hundreds of years and used as natural remedies to enhance immune systems, ward off common ailments, and boost energy levels in athletes and active people. No matter the flavorings added, soups cooked with cabbage are low in calories and high in fiber.

Other diet plans include a straightforward soup, such as Chinese soup, to fill you up before meals and help you restrict calories, while some rely on predetermined food combinations for each day of the diet.

The paper claims that the chicken in your soup offers a number of benefits. It is rich in protein, which helps the immune system, as well as vitamins and minerals such as B vitamins, which help with immunity and digestion. Clear chicken soup is a rich source of protein since it contains chicken. Protein induces a feeling of fullness, which helps people stop overeating and bingeing on other unhealthy meals, which further supports achieving specific weight loss objectives.

Why do Chinese People Avoid Bread?

Bread is a daily staple consumed in China. Contrary to most people from western countries, Chinese rarely eat bread for breakfast since many of them find its flavor to be “mediocre.” For a traditional Chinese breakfast, you can typically choose from items like porridge, steamed buns, deep-fried dough sticks, scallion pancakes, and steamed buns. In northern and central China, mantou is typically served as the main meal rather than rice. In this introduction, we will discuss the different types of Chinese bread and their cultural significance.

Steamed mantou is similar to Western white bread in that it is not baked, hence it lacks the exterior brown crust of baked mantou. Baozi is mantou filled with either meat or vegetables (cha siu bao, for example), which makes sense.

What Kind of Oil is Used for Deep Frying in Chinese Restaurants?

A high-smoke-point oil must be used for deep-frying food. Olive oil can burn and taint the dish because it has a low smoke point.

Peanut oil is perfect for deep-fried foods because of its high smoke point of 450 degrees Fahrenheit (232 degrees Celsius) and mild nutty flavor.

Canola oil doesn’t change the flavor of the dish because it has a neutral flavor and a smoke point of 400 degrees Fahrenheit (204 degrees Celsius).

Finally, I’d like to bring up rice bran oil, which has a high smoke point of 490 degrees Fahrenheit/254 degrees Celsius and is a common cooking oil in Asia.

What is the Most Vital Piece of Equipment in a Chinese Kitchen?

The wok is the most important Chinese cooking tool—consider it the charismatic lead singer of the group! It follows then that we will teach you how to pick a wok and obtain the greatest one for you.

A wok is a large, shallow-domed pot that can get quite hot when you have a good flame running. Smoky the Bear probably wouldn’t like the heat our woks to reach.

The wok hei or wok hay—the “breath of the wok”—that gives Chinese cuisine its distinctive, savory edge is actually the result of this high-heat searing.

In addition to MSG, I think wok is the primary element in restaurant food’s superior flavor over home cooking. But we can get those flavors at home if we have the right tools!

A lot of people are also ignorant of the versatility of a wok. Your wok is perfect for boiling, steaming, and deep-frying in addition to stir-frying. Noodles or even spaghetti can be easily boiled in woks due to their short heat-up times.

When in doubt, pull out the wok! It is unquestionably one of the most adaptable instruments in your kitchen and the sole way to achieve the “wok hei” nirvana you seek in your Chinese recipes. Avoid lighting a fire, but don’t be afraid to warm that thing up! Several of our recipes require you to heat your carbon steel wok until it is “just smoking.”

Reference: The globalization of Chinese food

If you’re looking for a fast way to reheat Chinese food, the microwave can work well for some dishes. However, be careful with crispy foods, as the intense heat can ruin the texture. Instead, try soups and stews, steamed vegetables, and noodles. When reheating, use a damp paper towel to wipe down the food to prevent it from becoming soggy.

Another way to reheat Chinese food is by using an oven. This method works well for items with a crunchy texture, such as breaded chicken or fish. Also, if you’re reheating seafood, make sure to keep an eye on the heat, as it can ruin the flavor.